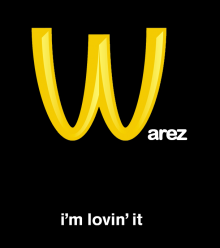 A recently leaked diplomatic cable reveals that starting in 2009, entertainment entities teamed up with government agencies and at least considered the possibility of purposefully leaking media in hopes of infiltrating topsites. It’s unclear whether or not this actually happened, but the leaked cable discusses the option in detail.

The 2009 cable outlines a meeting involving the International Federation of the Phonographic Industry (IFPI), the Motion Picture Association of America (MPAA), a representative from the U.S. Immigration and Custom Enforcement (ICE), and representatives from the South Korean government. While the cable makes no mention of any specific plans or instances of topsite infiltration, there is language which strongly implies that ICE is familiar with the process as a result of campaigns taking place here in the states.

In response to questions about the role of his agency, ICE Attache explained that DHS ICE is currently investigating topsite-related issues in the U.S., and that there are numerous types of investigative methods that can be incorporated to infiltrate topsites.

[The ICE representative] also suggested encouraging a rightsholder to purposefully pre-release a song to law enforcement, in order to gain access to a topsite. Law enforcement could use the pre-released song to gain trust and consequent access from the topsite administrator. This idea was met with interest and may be pursued further.

As the meeting progressed, a basic investigative plan emerged in which IFPI performs the more arduous task of infiltrating topsites and gathering the IP addresses necessary to locate them. IFPI will then present an evidence packet, which will include the IP address and the amount of files stored, to the Prosecutors’ Office. The Prosecutors’ Office will track down the physical location of the topsite, exercising maximum operational discretion.

(via TorrentFreak, pic via DeviantART)