Nintendo’s Big Pre-E3 Announcement: Miiverse, a Social Network for the Wii U 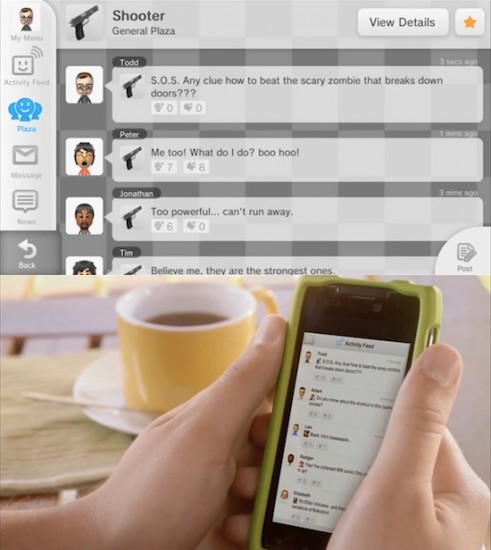 E3 2012 is upon us, dear readers. That means a bunch of announcements we already knew about, and hopefully a few that surprise us for the better, unlike last year’s extremely underwhelming showing. Before Nintendo’s conference tomorrow, they had a thirty minute pre-E3 briefing, where they covered what would normally be headline material. In the briefing, they stated they’re getting all of the hardware announcements out of the way in order to focus entirely on software during their keynote, which is tomorrow at noon EDT — something that’ll be interesting coming from a company that, in the past decade or so, has had its hardware essentially print money, and its software sales lag far behind its competitors’ software sales. We knew about the Wii U and its tablet controller, so the most surprising (and definitely weirdest) announcement to come from the pre-E3 briefing is Miiverse, Nintendo’s social network for the Wii U.

With Miiverse, Nintendo is attempting their first real step into the world of online gaming and the Internet. As we know, Nintendo generally lags one generation behind regarding features (for instance, Nintendo finally employing DVDs with the Wii when other consoles were already at Blu-ray), and the Wii U having what Nintendo feels is a robust online network follows the trend. Miiverse doesn’t seem to be your standard social network, like Facebook or Google+, but something more similar to the social features found on Xbox Live or PSN, but with Miis.

The prime example of Miiverse shown in Nintendo’s very weird (almost in a good way once you get about a third of the way through) video, was an actor playing a zombie game, getting stuck at a particular part, and popping up Miiverse in-game (as one would do with the PSN XrossMediaBar or Xbox Live’s Dashboard), and posting in a thread about the game (or the player’s own buddy list? It wasn’t clear) asking for tips. 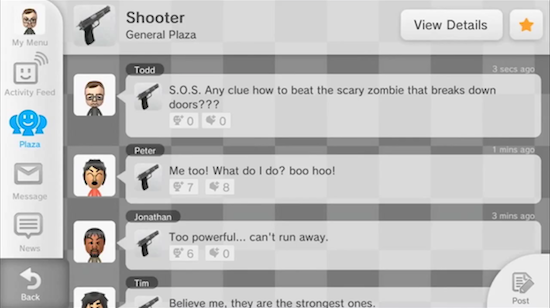 When the player didn’t receive any helpful tips via the chat thread, he video chatted with someone on his buddy list by propping the Wii U GamePad up against the TV as one would do with a webcam, and got a tip that helped him pass the part at which he was stuck. 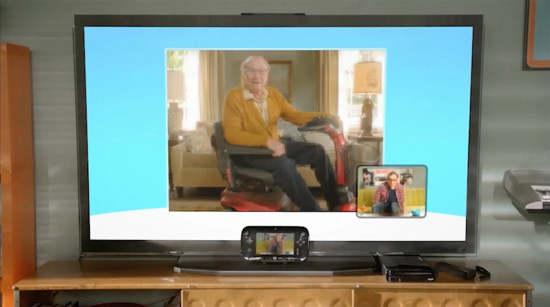 When you turn on the Wii U, the tablet and TV will have two different screens. One will be a more traditional operating system, and the other will be Miiverse, which is a collection of Miis categorized in certain ways; in the case of the below screenshot, categorized by what game people are playing. 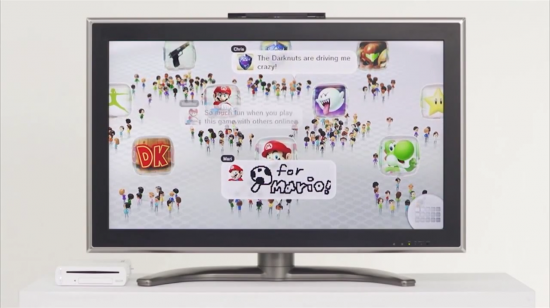 Luckily, users will be able to switch which screen shows which menu, as the GamePad and TV can be interchanged. Similar to the 3DS’ Street Pass, the Miiverse collection of Miis screen will show games people are playing even when you don’t own them — something the PSN and Xbox Live have been doing for roughly ever, but it’s nice to see Nintendo picking up on what gamers consider basic features.

Amusingly, the chat features of Miiverse seem awfully reminiscent of the DS’ Pictochat, a neat little chat program that would’ve been pretty awesome if it allowed users to connect to an online chat hub. So, you’ll be allowed to not only send text messages through Miiverse, but picture messages as well. Get ready for poorly drawn stick figure dongs, the image everyone somehow instinctually drew when they first got ahold of Pictochat.

The video also offhandedly mentioned that gamers will be able to post screenshots from their games within the Miiverse, which one would assume means they can also take screenshots — a feature that exists on both the PlayStation 3 and Xbox 360, but is game-specific, rather than inherent to all games. The video also mentioned that Miiverse is browser-based, and sometime later on in the console’s lifecycle (hopefully early), Miiverse will be available on the 3DS, PC, or any web-enabled mobile device.

Like the DS, Wii, and 3DS, the video specifically said that the features of Miiverse are available to all, but not mandated (unlike achievements and trophies on Xbox Live and PSN), and the developers will have to implement their ideas on their own. This, unfortunately, tends to be forced or ignored until well into a console’s lifecycle — like the PS3’s SIXAXIS motion control, or basically the entire Kinect or Move. Nintendo gives an idea what it could look like with a Mario game. 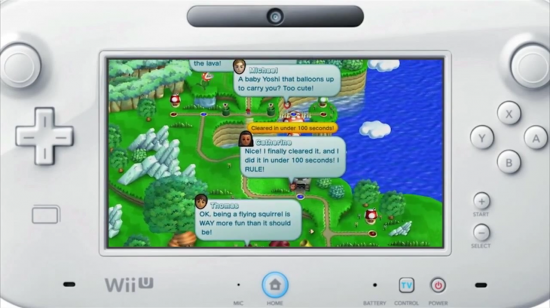 Also, a Nintendoy feature if I’ve ever seen one, when a user is browsing the Internet on the tablet, they can hide what is on the television with in-game curtains — actual curtains — then remove the curtains to reveal what they’ve loaded up. Get ready for a world of Wii U Goatse.

Oddly, the presentation ended with a focus on solving the problem of “being alone,” in that when you game, you’re not doing it with a bunch of people. Obviously, this hasn’t been the case for two generations, ever since Microsoft introduced robust online console play to the world, but it’s nice to see Nintendo getting with the times, even if the times were a generation or two ago. It’s weird to think that just a generation ago, Nintendo thought online gaming was a fad that’d die down in popularity.

Also, the video had this guy: 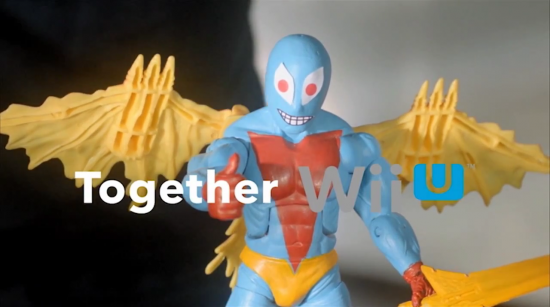 Like I said, that video goes bonkers. And, if you’re wondering where Nintendo’s amazing naming conventions come from, don’t you worry one bit, for they explain it in depth in the video: 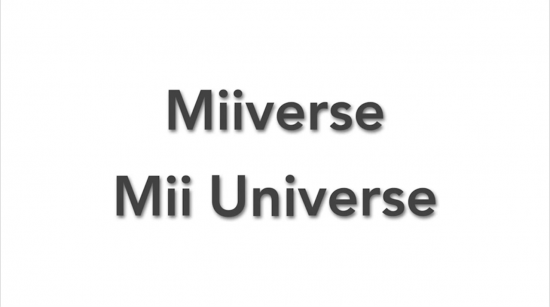 Their main E3 press conference is tomorrow at noon EDT, so, I mean, stuff might happen.