Report: Wii U Controller Cannot Be Bought Separately, Only Comes With Console 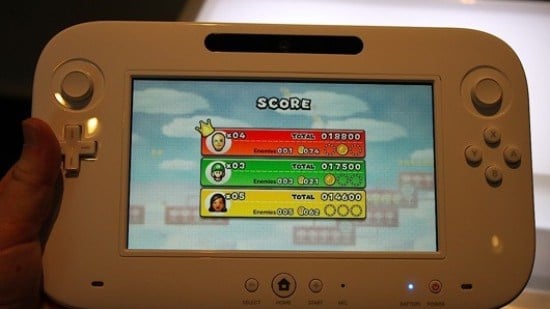 ComputerAndVideoGames.com is reporting that they asked a Nintendo spokesperson at their VIP stand at E3 2011 about the price of each item, and the representative responded that there would only be one bundled recommended retail price, saying:

The quote seems fairly self-explanatory and difficult to misinterpret, but due to the utterly impossible scenario the quote describes, we obviously cannot flip out just yet. The representative also said that the multiplayer games currently being created for the console are being designed to only use one single Wii U tablet controller, while other people play with regular Wiimotes.

Since the unveiling yesterday, there have been reactions across the spectrum: Some people love the unit, some hate it, some don’t care one way or another. However, there have been multiple accounts of the Wii U multiplayer demos at E3 being played with only one tablet controller, while the other players use standard Wiimotes, corroborating CVG’s report. If the report ends up being true, one wonders how Nintendo would handle broken controllers not covered under warranty (since people wouldn’t be able to go out and buy a replacement from a local store), or if they’re willing to use some kind of warranty that never expires. One can only assume this controller situation will be clarified in the near future.