Despite its stellar cast, the CBS All Access series struggles to find the right tone. 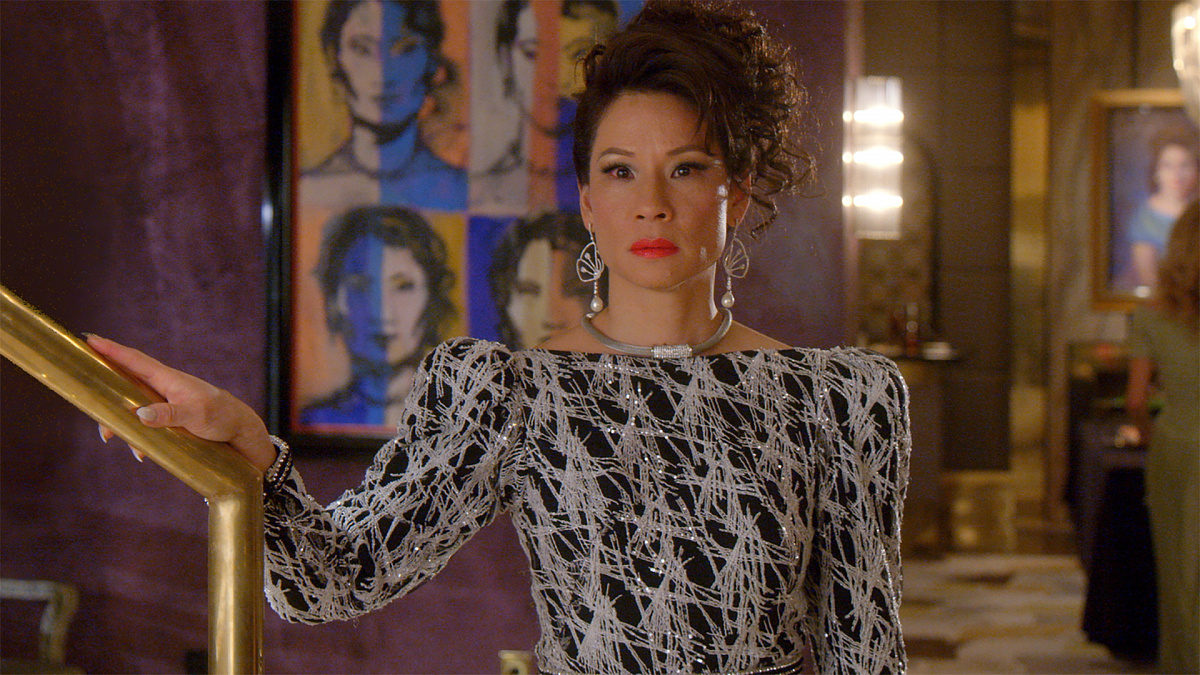 When the first trailer for Why Women Kill dropped, it brought with it a ton of potential for a campy good time. Stylish production design and a strong cast promised a new guilty pleasure from Marc Cherry, the creator of Desperate Housewives and Devious Maids. But the television landscape has changed since Housewives hit screens in 2004, not only in breadth of content but in quality.

The set-up is promising: a mansion in Pasadena is the setting for three separate stories of women scorned throughout the decades. In 1963, subservient housewife Beth Ann (Ginnifer Goodwin) finds her world turned upside down when she discovers that her husband Rob (Sam Jaeger) is having an affair with a waitress. In 1984, high powered socialite Simone (Lucy Liu) finds out that her husband Karl (Jack Davenport) is secretly gay. And in 2019, high-powered lawyer Taylor (Kirby Howell-Baptiste) sees her open marriage to husband Eli (Scott Reid) threatened when they both start to fall for her lover Jade (Alexandra Daddario).

It’s an intriguing set-up for an age-old story, and the performances are strong, but the series feels stuck in the mode of an outdated network television series. Giving its streaming status, there is room for Why Women Kill to push the envelope further, but the show is hampered by a lack of commitment. It’s not soapy or outrageous enough to be a campy delight (which it clearly should be). But it’s also too superficial and broad to say anything compelling about its subject matter.

Though only the first two episodes are available to view, I was struck by how thinly drawn the leading women were. WWK features a talented roster of actresses, none whom are given much to do other than react to their circumstances. Goodwin’s meek housewife makes a point of saying that she has zero life outside of her husband, but it feels like the rest of the women share her lack of interior life. There is a lack of energy to the entire enterprise, despite Lucy Liu’s best efforts to channel her inner Dynasty diva. A series like this should be filled with quippy one-liners and outrageous moments, but the whole thing just feels toothless.

It’s especially frustrating that WWK lacks engaging characters, as this era of television has given us some of the juiciest, most nuanced female characters in the medium. It simply falls flat when compared to a show like Big Little Lies, which marries artful performances with soapy plot points. While season 2 of the HBO series was largely unnecessary, it made for riveting television thanks to the powerhouse acting.

Or consider another show centered on why women kill: Killing Eve. Not only are Jodie Comer and Sandra Oh excellent, but they have rich, highly idiosyncratic and detailed characters to draw from. Of course, Killing Eve has the unfair advantage of being written and created by the inimitable Phoebe Waller-Bridge … would that all shows were as lucky.

It may be unfair to compare a show like Why Women Kill to these series, but it’s also frustrating to see talent and time squandered on what should be an easy guilty pleasure. Why Women Kill may eventually answer its central question, but viewers may not be interested in sticking around to find out.