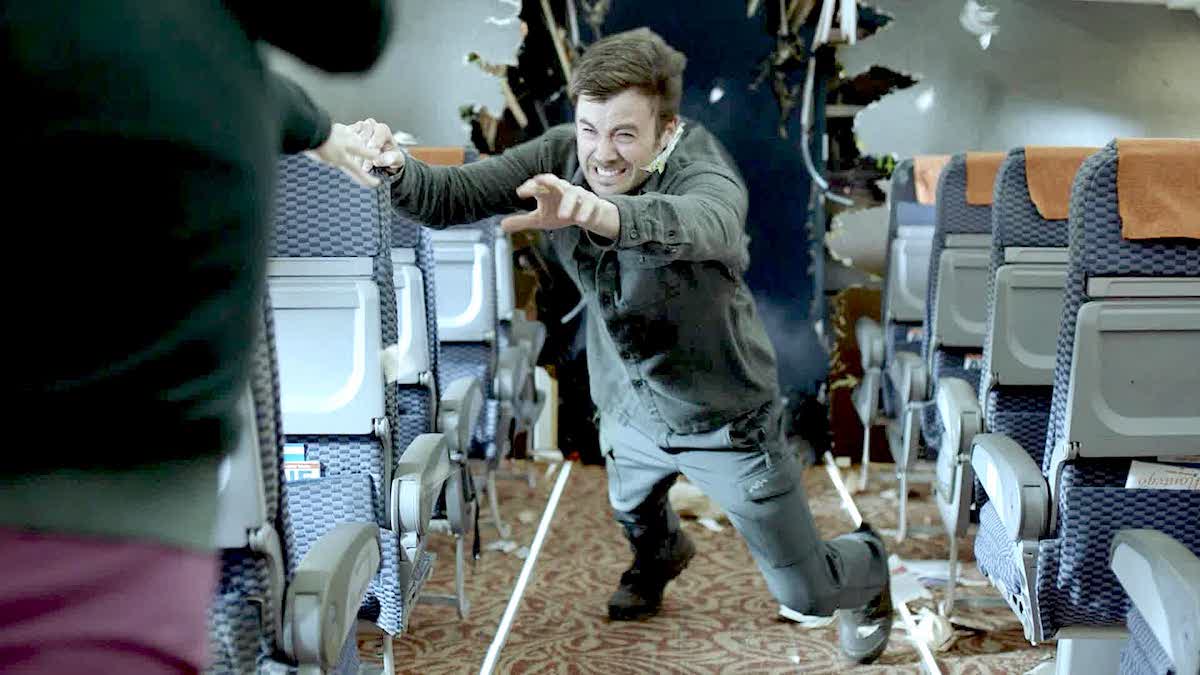 It appears that canceled NBC series Manifest might receive a second life, after the first two seasons dropped on Netflix and fast became the streamer’s #1 show for weeks and possibly its most-watched show ever. Manifest’s stars and creatives have been beating the drum to #SaveManifest, and its ardent fandom echoes that call across social media.

A fourth season or some kind of movie conclusion is now increasingly more of a possibility as NBC and/or Netflix consider the new fervor (and potential profitability) around the drama. This sort of resurrection would be fitting for Manifest, a truly head-scratching show that is nevertheless compulsively watchable and centered around coming back from death. Since I started watching myself, I’ve spent a lot of time thinking about why the axed series is receiving so much buzz and traction with audiences.

Manifest is an entity that I can only describe as, “What if Lost and The 4400 had a mutant baby with a flight MH370 conspiracy theory message board, and also the Bible?” The basic pitch is that a plane, flight 828, goes missing during turbulent weather. When it lands, mere minutes have passed for the passengers and crew, but to the rest of the world, the plane has been gone and all souls on board presumed lost (Lost!) for five and half years.

828’s disappearance and subsequent reappearance are the biggest mystery and media story worldwide, as everyone tries to figure out what the hell is going on. Did the plane travel through a wormhole? A time vortex? Was it a government op? Terrorism? Aliens? Or did the plane actually crash and everyone was miraculously resurrected for … reasons?

The distraught passengers just want to get back to their lives, navigating the peaks and valleys of having had everyone they care about move on without them. Then some of the passengers start hearing voices and seeing strange visions they deem “callings.” These unexplained supernatural goings-on are the driving engine for every episode of the show, propelling our characters into increasingly chaotic and convoluted undertakings.

Like millions of viewers on Netflix, I began watching out of curiosity and kept watching because what Manifest has mastered is the art of the cliffhanger. You just keep staring at the screen, unable to make yourself switch to something else, until the latest twist or reveal from one episode’s end is addressed in the next. Though it initially aired weekly on a standard network, Manifest seems built for the binge. That’s one reason why the show has proven such a runaway hit in its streaming incarnation.

It’s not because the dialogue is particularly compelling (half the time, characters speak so predictably in aphorisms that you can guess what their next line will be) or that there’s a coherent mystery an observant viewer might be able to unravel. There are many, many weaknesses in Manifest, including a shoehorned-in Christian religiosity that grows to uncomfortable prominence by the third season. You thought you were signing up for an eerie supernatural romp about a vanished airplane, and suddenly characters are wearing crosses, talking about God and quoting scripture, and don’t even get me started about how Noah’s Ark becomes involved. While zealotry is disavowed, there’s still a lot more talk about having faith and divine will than I usually look for in my TV schedule. 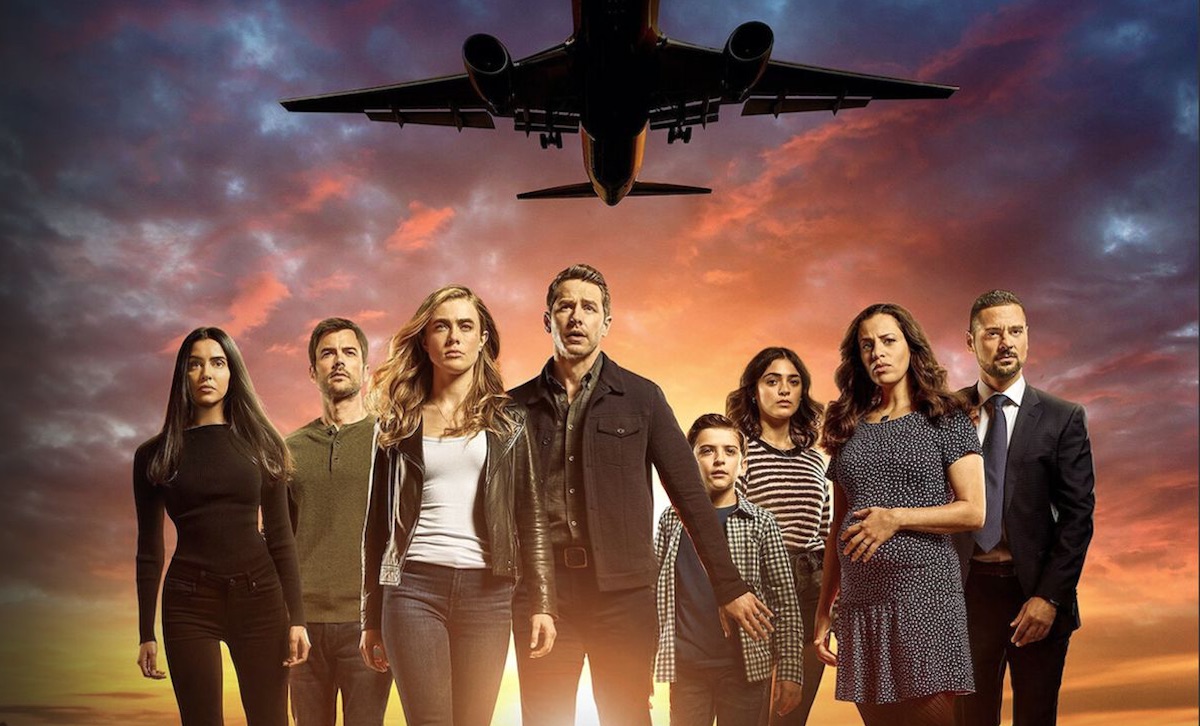 The show is also often overly dramatic to a fault, evoking more of a soap-operatic feel than a twisty epic like Lost. As Rebecca Onion notes at Slate in an excellent article about what’s both off-putting and compelling about Manifest:

Redditors debating dropping the show partway through the first season complained about the mixed-genre nature of the show, calling it a bait and switch: “I was hoping for something intriguing like Lost but wound up getting cornball prime time soap that thinks it’s a procedural about a supernatural mystery.”

And yet, something kept Onion in the game—the same hook that, well, manifested for me about the show. Manifest is super-weird and truly unlike other series—even Lost and The 4400—and that keeps it afloat through the more mundane stuff.

“I think this oddness is actually why I found myself binging a bunch of Manifest,” Onion writes, going on to observe, “In this soup of bland network family drama and conspiracy plot, mad bits constantly bob to the surface. It may have begun as ‘a generic, joyless cop show,’ but as you watch on, its flatness is interrupted increasingly often by bizarre interludes.”

Manifest is intriguing because of its cliffhangers and the frankly bonkers events that happen every single episode. “Callings” can involve seeing wild visions like stone angels, snarling wolves, and winging gargoyles. People come back from the dead and then deteriorate in shocking ways. S0meone is always getting kidnapped, held at gunpoint, or having their morality tested in extreme “trials by fire.” Sometimes this means setting a whole nightclub full of people on fire—after they were fed poisoned champagne, as you do. The heroes and their better angels generally prevail, but it’s not always to a neat end.

Because for all the times when it can feel preachy or treacly (and those are many times), Manifest can also offer a surprisingly refreshing look at the complexities of human nature. It nails the wide variety of responses that would occur in such an unlikely event as the plane’s return: some people would worship the passengers, some would spread rumors about them online and form hate groups about them for being different. Some passengers would be keen to feel “called,” while others want nothing to do with the unnatural events.

We meet every sort of person on Manifest, and then they do something unexpected enough that you don’t reach for the remote. Suddenly you’ve watched eight episodes in a row and you’re not sure what day it is any longer. You just keep watching more Manifest.

Other things that kept me hooked: The gorgeous cast is gorgeously diverse. They throw themselves into delivering even the most over-the-top gibberish of dialogue with straight faces or with blood streaming from their eyes. On social media, they seem to genuinely adore being part of Manifest, and their enthusiasm is infectious.

There’s positive treatment of queer characters and the early inclusion of issues faced with being queer in intolerant places. A central character is “revealed” later on to be queer without it being sensationalized or commented upon. Problems of infidelity are shown to be complicated, and happen even to heroes. Overbearing government and law enforcement are addressed. (I would say that this show qualifies as “copaganda,” except the cops, like everyone else, don’t seem to be at work very much.) And while people who deal drugs or make them are rendered as cartoonish villains—there’s a trio of bad guys literally called “The Meth Heads,” one of whom is so absurdly overwrought it’s surprising he never twirled his mustache—the show makes space for reflection on addiction and recovery. These additions enrich Manifest and make it more endearing than at first glance.

As I’ve tried to pin down exactly why so many of us can’t stop watching a series we might not normally watch, I think there’s more than just escapism or shock value in the mix. We may stick around for outlandish twists and those ever-present cliffhangers, but there’s also a comforting quality to watching Manifest right now. The main cast of characters earnestly cares about each other and about other people. Parents will do anything for their children. Lovers will scale the impossible to stay together. Friends make great sacrifices to keep each other safe. The core folks believe there’s hope for humanity and that wanting to make up for past transgressions can mean a brighter future. That kind of saccharine goodness might come off as eye-rolling, but in our cynical, divided world, there’s something undeniably appealing about it.

Manifest is popcorn fare, but much like popcorn, you want to keep grabbing fistfuls of it until it’s gone. I hope that the show finds its way to some sort of return from NBC or an interested streaming network. It seems like a sure bet to keep the massive audience it has gained and pull in new viewers in the future. And it’s earned the chance to prove whether there’s really an intelligent design behind its web of unexpected events—or if, like the passengers as they fumble toward answers, it was getting by on a wing and a prayer all along.