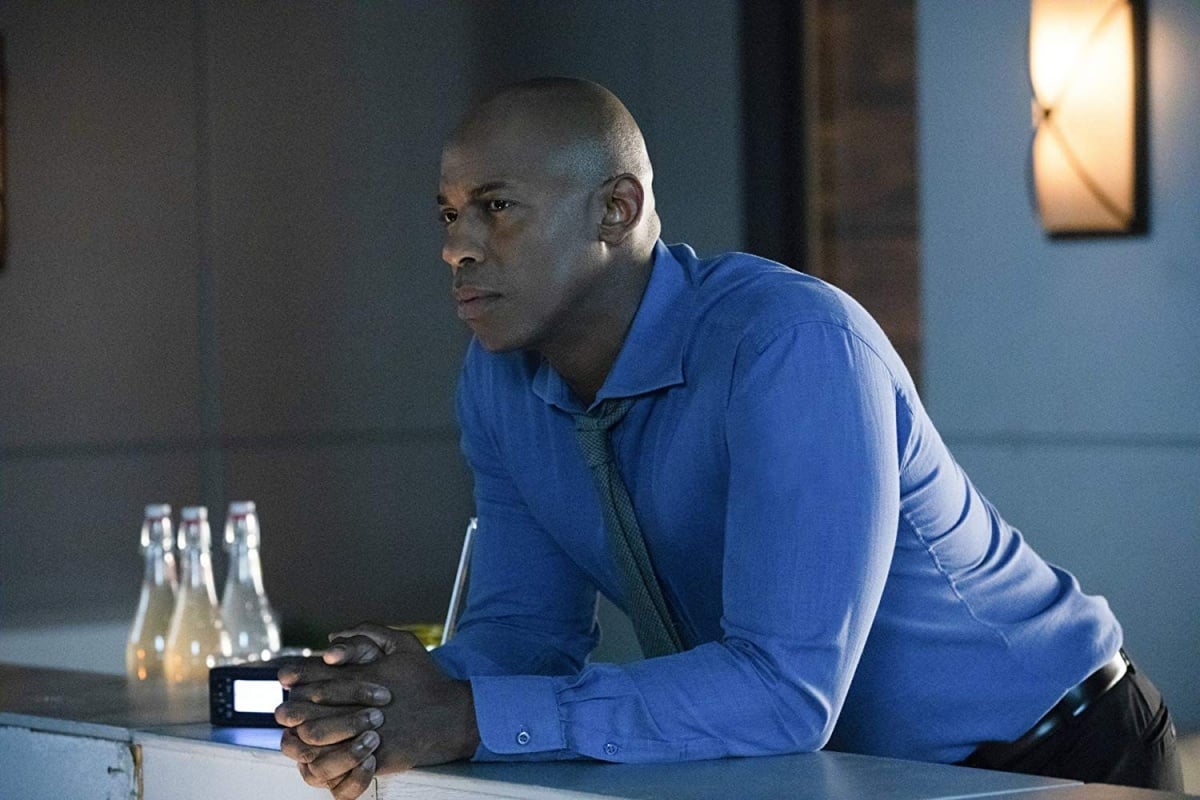 Over the weekend, I learned that actor Mehcad Brooks, who has played James Olsen on Supergirl since the beginning, will be leaving the show, and that Jeremy Jordan will be returning as Winn for a few episodes in the second half of season five. My feelings went from frustration to rage as I realized that despite being a main character, James Olsen’s legacy within Supergirl would be a racist fandom that never liked him, storylines that never went anywhere, and an excellent Black actor being utterly wasted.

I feel like I have to make a few disclaimers for this piece because yes, I know the writers have not done anything significant with James since CBS’s season one where he was Kara’s love interest, and of course, we don’t know the behind the scenes situation between Brooks and the crew. What I do know is that in the transition from season one to two, James went from being Kara’s love interest to … whatever this is now, and that position was filled by Mon-El (Chris Woods). A white character, whose main trait was being an asshole who “grew up” because Kara gave him all of her energy, and he took up all the screen time from everyone else.

Some have said that there was no chemistry between Melissa Benoist and Brooks, but I’d argue that we never got to see them as a couple. For the majority of season one, it was an unrequited love-type situation, and by the time we had a chance to see James and Kara as two people who could date, in the opening of season two that was dropped hard. Then the classic trope of “we are gonna give this Black character a position of power, but they aren’t gonna be involved in any of the storylines and they will never be seen to be don’t any work ever.”

James became the CEO of CatCo (why?), and we hardly ever saw him do anything in that position except encourage Kara. From the Guardian storyline to anything having to do with his photojournalism, James has never been allowed to be useful. Even with his supernatural experiment crappy storyline with the Harun-El, it was mostly about Lena and her storyline.

For most of James’ relationship with Lena, despite them being sweet together, it was a relationship that was never allowed to evolve. They had the same conflict every season and while I feel like Brooks did have good chemistry with Katie McGrath, it never translated to James getting anything to do outside of Lena’s story.

Also, I feel like I need to call out the section of Supergirl fandom that thinks James was in the way of Supercorp (Kara/Lena). Why on a show where we have a lesbian leading character in Alex Danvers (Chyler Leigh), a transwoman superhero in Nia Nal (Nicole Maines), and a loving and thoughtful relationship between a trans woman and a cis man where there is no transphobic angst on Brainy’s part, is there is craving for yet ANOTHER relationship between one white cis blonde woman and one white cis brunette woman?

Is that the representation we in the community need?

Mind you, I have nothing against the ship. I have an issue with people who ship it and use it as a way to defend their thinly disguised racism against James/Brooks.  I have seen many fandoms claim they want LGBT rep, but then they have no problem barreling over other marginalized people to do so. You can ship Supercorp with your whole chest, while not acting as though it is James’ fault they are not together. The fault of Kara and Lena not being queer lies with the writers.

As someone who is Black and bisexual, it frustrates me to no end when we see these kinds of arguments. Your cis white gay representation does not speak for everyone in the LGBT community, especially when that energy is never spent on the actually queer characters on the show. But this is the same fandom that didn’t care that Maggie was supposed to be Mexican but was played by an Italian woman.

Yes, I know a lot of people were upset about the incident at Comic-Con wherein they did musical recap, and everyone but Katie McGrath sang “they are just friends.”

It is crappy to dismiss why people would be excited about a potential LGBT relationship when you are the cast that is getting a lot of fanfare from the queer community. However, everyone sans McGrath participated in that (which leads to a larger conversation about shows that absolutely want to have LGBT fans, but rarely have LGBT actors or writers on staff).

Brooks, Jordan, and Woods all made “I can’t be homophobic because […]” comments, and Melissa Benoist said: “I can’t be homophobic because I was on Glee.” Which … as a gay, the audacity. Yet, when I look at Brooks’ social media mentions, I see people saying him leaving is a “win for the gays,” when as far as I’m concerned the inclusion of Nicole Maines is a real win for Supergirl. The fact that Alex is going to have a real relationship again (with an actual woman of color) is a win.

A Black man being constantly underserved and then removed from a show … that’s not a win. How can it be? You don’t have to like James in any way to see that his treatment was a waste of his storied character, the actor, and our time. If I signed up for a show and I was expecting to be the male lead/love interest and then gradually got pushed aside, I’d want to leave also. Again, I have no idea about the behind the scenes details, but I do know that for a show that is so thoughtful in many ways, this oversight has always been jarring.

In a statement to EW, showrunners Robert Rovner and Jessica Queller said, “We love Mehcad and we’re sad to see him leave the show as a series regular, [W]e look forward to James returning to National City at some point to visit his sister [Kelly, played by new series regular Azie Tesfai] and his super friends.”

I’m glad that Brooks will be going forth to create his own work, but I dislike that there will be no accountability for how he was treated and used these past years. When I see that they can craft smart, thoughtful, political commentary on Supergirl, when I see they can understand the importance of depicting Black men in nuanced roles with J’onn, when I see that they understand the importance of journalism, I cannot understand how they failed to use James Olsen so completely. I love Supergirl, but this will always be a red mark in its legacy for me.

You cannot use Black actors for diversity clout, give them terrible storylines, fail to defend them from racist fans, and then still call yourself a network that believes in diversity.