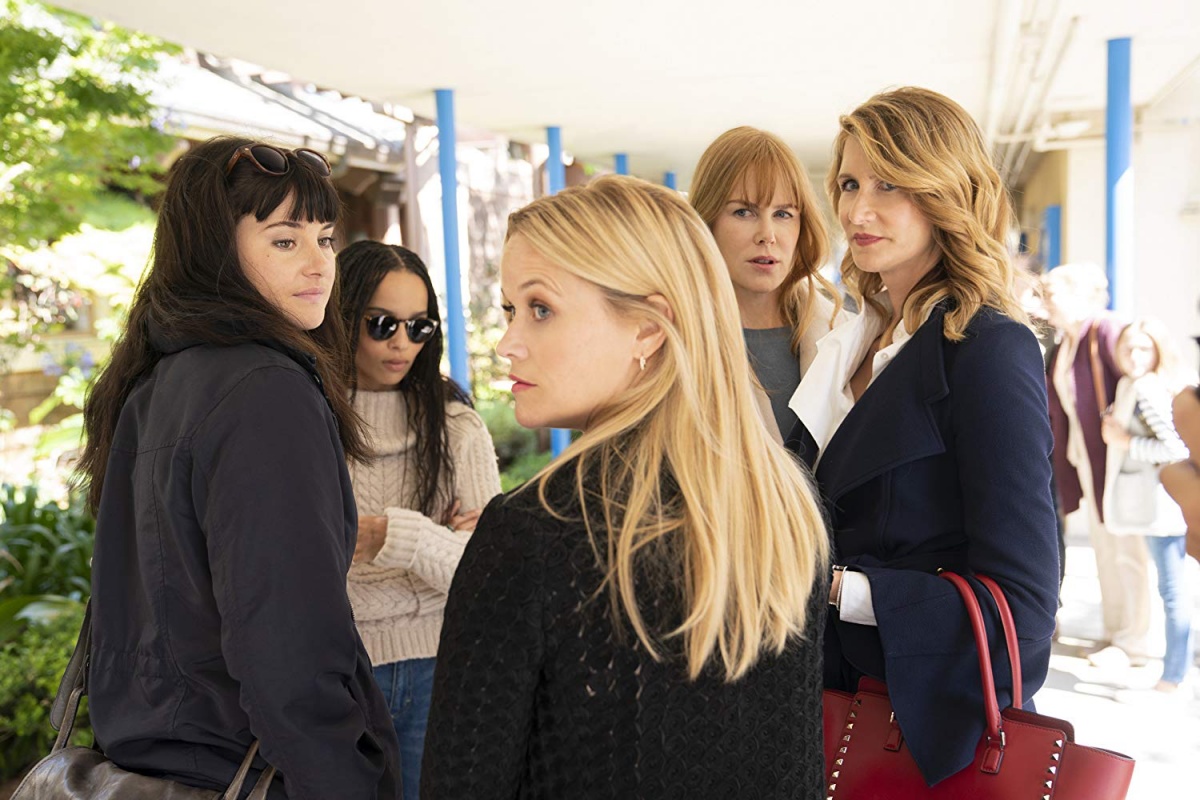 Last night was the season two premiere of HBO’s Big Little Lies with the original actresses all returning. There’s also the addition of Meryl Streep, who is playing the mother of Alexander Skarsgård’s character, Perry, who died in the season one finale. The first season was critically adored by audiences and reviewers alike, but when a second season was announced, a lot of people had doubts about what a second season would look like, including me. So far, the first episode sets up a lot of tension, but it doesn’t erase the central question: why lie?

Bonnie Carlson, played by Zoë Kravitz, brings this up when she and Madeline (Reese Witherspoon) finally speak in the episode. The former was in Tahoe all summer and there was no communication between Bonnie and the rest of the group. When she returns, the once very sociable and open character is closed off and withdrawn, which confuses everyone.

Bonnie explains that she is being tormented by the fact she can’t talk about what happened. She is the one who pushed Perry to protect Celeste (Nicole Kidman), causing his accidental death, and if she’d just said so, the repercussions would have likely been minimal, especially because there were witnesses.

However, Madeline lied and said Perry fell so now Bonnie is trapped. She has to hold on to the guilt that she killed another person, and she can’t talk to her husband about it, nor does she have a real relationship with the other women to feel safe talking to them about it either. This scene was really well acted and does a good job of setting up one of the many central conflicts that’ll take place throughout this season, but it also brings us back to the central question this second season:

In the source material written by Liane Moriarty, the book ends with everybody initially lying to protect Bonnie, but she turns herself in and is only sentenced to 200 hours of community service. Celeste ends up working at a family law firm and sets up a trust fund for Ziggy (Perry’s son by Jane via rape) and becomes an advocate for domestic violence. It’s a simple and relatively neat ending for such a dramatic book, but it works because you don’t want to actually see anyone be punished and it leaves you feeling hopeful for the future.

If Bonnie and the others had just told the truth, they would have gotten off with ease. It would have been messy and Bonnie would have had to plead to something minor most likely, but it would have been the smarter opinion. But now we have brand new characters like Streep’s that were not a part of the book and there’s no way to know where we’re headed. We are supposed to just accept this very big little lie for the sake of the second season. While I’m happy to see Laura Dern in a shiny outfit and Meryl Streep being petty to Reese Witherspoon, this just doesn’t feel necessary. I’m sticking around for the actresses, which is what I’m sure most of us are doing, but I still wish that the series had allowed itself to end gracefully.

That first season was perfect television and this second season, while promising, already lacks the kind of stakes that existed in the first. But we shall see.

What did y’all think of the first episode?