No Really, Why Isn’t Jacob Wohl in Prison? 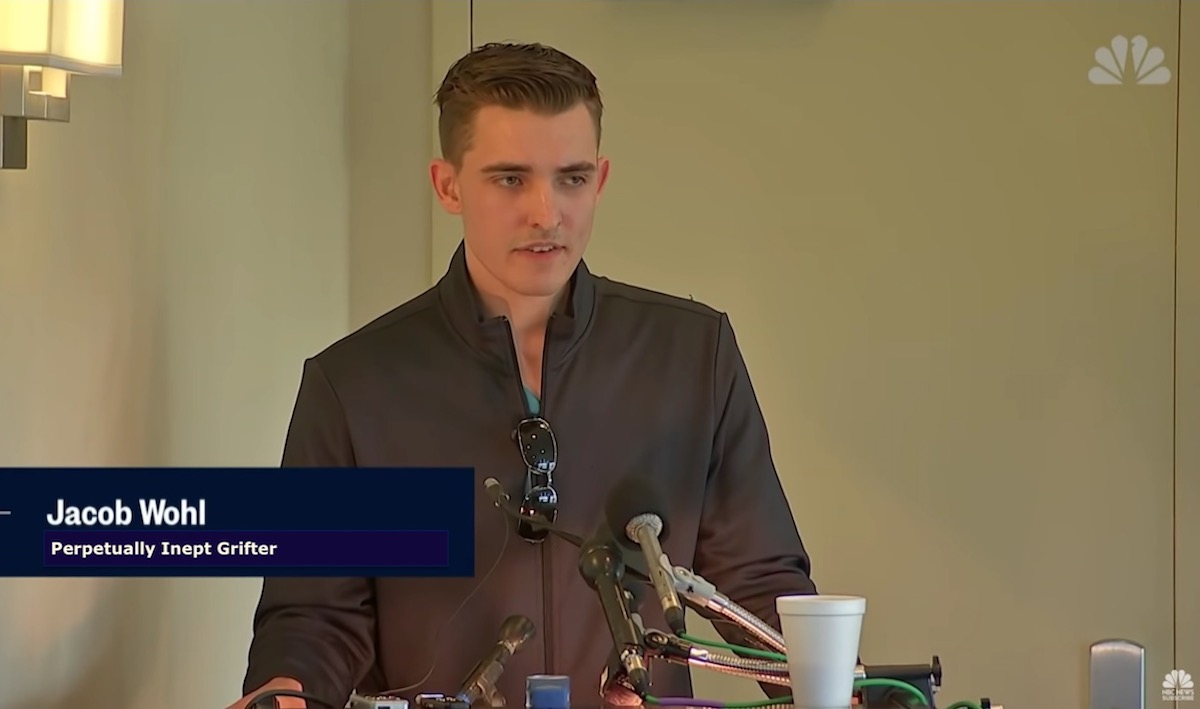 Jacob Wohl is back in headlines after staging a fake FBI raid on the home of his partner in inept crime, Jack Burkman.

According to the Daily Beast, Wohl and Burkman used Craigslist to hire actors (and exclusively white male actors, oddly) to play FBI agents in what the actors were told was a TV pilot for a “police drama.” In reality, the men, who were paid $400 each, were filmed acting out a raid on Burkman’s home in the early, pre-dawn hours of Monday morning. A person going by “Bev Donahue” sent photos and video of the event to reporters and also posted them to a now-suspended Twitter account that was created in August using a phone number and email address that appear to likely belong to Wohl.

In their rush to cover the story, the Washington Post fell for the ruse and wrote it up as being genuine, a mistake they’ve since called “an embarrassment.”

It is surprising that such a major, reputable outlet would fall for a Wohl/Burkman scam since everything they do is a scam. It’s literally the only thing Wohl is famous for. His entire Wikipedia page is a list of his various grifts and conspiracy theories.

Here are just a few of the things these two have done or been accused of doing recently:

—He filed a false police report accusing supporters of Rep. Ilhan Omar of making “terroristic threats” against him.

So yes, I’m surprised that the Washington Post fell for this fake FBI raid. But honestly, I’m even more surprised that these two haven’t yet been subjected to an actual FBI raid. Seriously, how are they not in prison with all of their defamatory press conferences and false reports? Is he just not important enough for anyone to actually make the effort to go after him? I would like to understand!