Why Is PewDiePie’s Fanbase Convinced That Gaming Culture Is Racist? Because It Is. 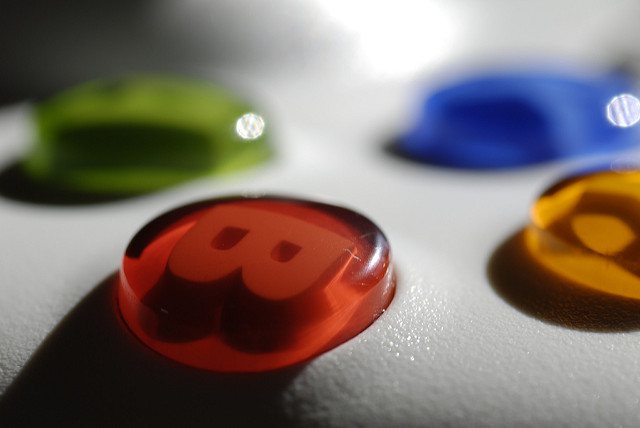 The gaming community isn’t homogeneous, as much as some groups like to believe it is. There are plenty of gamers who are all about inclusivity in video games. Gamers come from all walks of life.

So, when gaming YouTuber PewDiePie slung out a racist slur during a recent stream and claimed that it was no big deal, people spoke up in opposition to it. Just as many in (and outside) the YouTuber’s fanbase began unloading excuses like it was their job. It speaks to an issue that’s been crawling under the surface of gaming for years now.

You don’t need to dig in deep to see it. Tune in to a Twitch stream, and you’ll hear not only racist slurs, but misogynistic, homophobic, and transphobic ones. Every kind of vile, hateful thing that can come out of someone’s mouth can be seen on Twitch, and almost no one is saying a word about it.

I’m a white cis female, and a gamer since birth. It wasn’t until I got my hands on Halo 2 and hopped online that I experienced my first flash of gamer-culture-brand misogyny. I was told constantly that I was the weak link, and that I needed to just do what the men on my team said to avoid fucking up.

One day, somebody threw out the n-word. I muted my mic so no one would hear me gasp. I didn’t say a thing. I was relieved that, for once, they weren’t taking it out on me. I kept playing. As a long-time misfit, I didn’t want to draw the ire of my “friends”.

Gaming culture has been heralded as “the place for misfits” for a while now. Online gaming in particular is the place where people flock when they want to be with others who don’t belong. Games give you a place to belong, when it feels like no one else wants you. They pit you against others, and make you feel fantastic when you win. Like you mean something to someone.

Now take those wounded outsiders and put them into a digital space together. Pit them against each other for the prize of recognition and acceptance. Watch as they try to rip throats out to earn praise. Watch what people will do for something that feels like love.

Every vile piece of humanity will seep out. They’ll strike out at anyone that gets in the way of the feels-like-love-thing that they crave. They’ll use any tactic they can think of. They know from experience that degradation works.

Gaming culture has become a pit for hateful outsiders to fight for scraps. Since our society has a deep-rooted hatred for people of color, it comes out to play in gaming spaces. Those gamers who aren’t spewing hate? Many are too afraid that we’ll be cast out of the group if we speak up. We want a piece of that feels-like-love pie, too.

We did this, folks. Those of us who aren’t POC created this monster, and every moment we fail to call it out, we’re perpetuating it. We’re the ones with our mics muted, just being glad that WE weren’t the ones being singled out this time. And when we ARE singled out? We mute those mics, because, damn it, we can’t risk being alone.

Does this excuse any of this behavior? Anything but. It does, however, explain why the hateful are so blind to the pain of others. They’re too busy trying to deal with their own. And the rest of us are too busy looking out for ourselves. It’s within our power to change. Gaming culture is racist because our general culture is still, at its core, a racist one. It just holds a mirror up to the ugliest parts of a problem that’s been here all along. The sooner we accept it, the sooner we can try to change it.

Is it worth trying to love people out of their anger and racism? Brighter, more educated minds could comment on this more meaningfully. IMO: we can’t make someone accept and feel love. That takes dedication on the part of the wounded, and usually a whole boatload of therapy.

A lot of notable figureheads of gaming have come out to decry the use of these racist slurs. Firewatch developer Sean Vanaman threatened a DMCA takedown of the Firewatch Let’s Play videos on PewDiePie’s channel. Many voices across the internet made a stand to let others know that this continued racism isn’t something they want in gaming culture. It’s a great start. We need to keep going.

We can speak up in the spaces where we live and let people know that we don’t approve of racism in any form. We can commit ourselves to not stopping until our reality is changed – until people of color can feel welcomed into gaming culture, and Western culture as a whole.

At it’s heart, being a true gamer means loving new and fantastic experiences that open your eyes to all walks of life. If we stick to our guns and keep working, we can make gaming culture that way, too.

Amy is a gamer by day and writer by night. Author, thespian, journalist, incessant gamer, and general ne’er-do-well. All her creations are likely coffee-fueled. If you’d like to find out more about her, head to http://amyjosuweit.weebly.com.