Why Don’t I Hate Emily and Richard Gilmore? 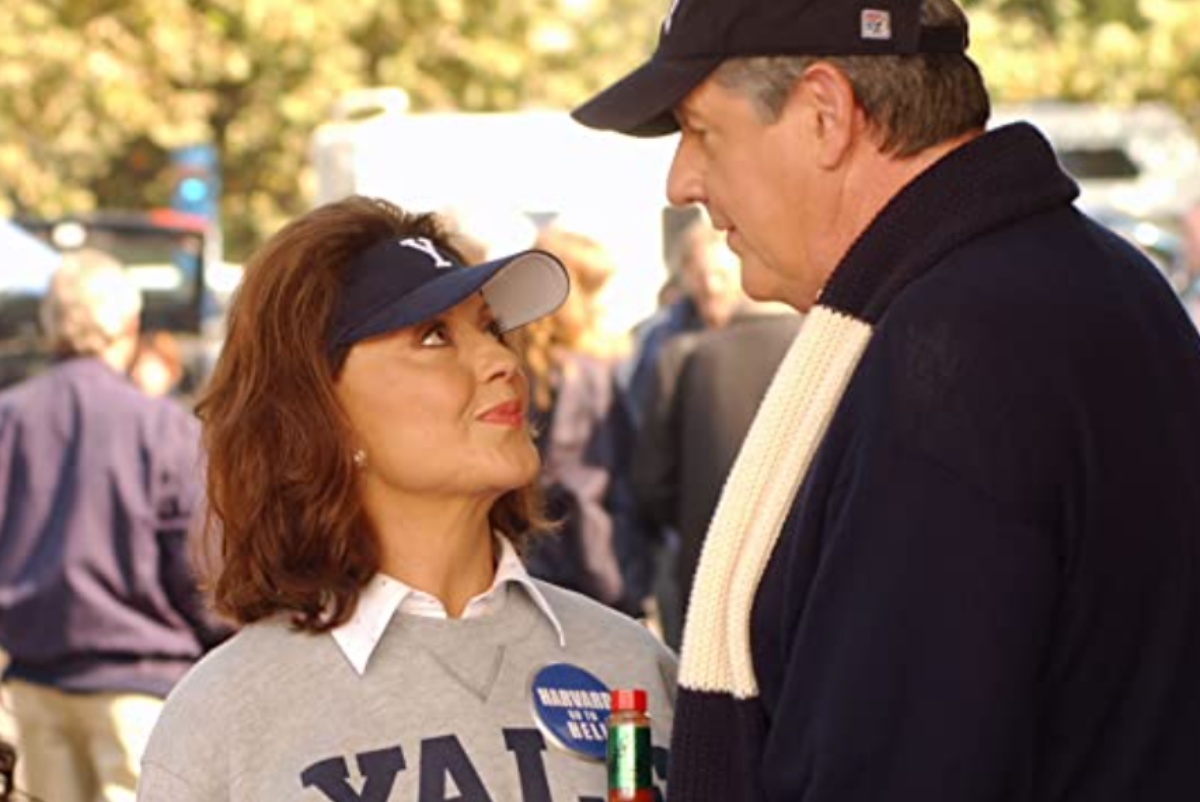 Gilmore Girls is a complicated show for me. On the one hand, I completely and utterly adore it. On the other, I find the lead characters frustrating (despite phenomenal acting), and I am in the minority when it comes to the endgame relationship preference. However, the thing that confuses me the most whenever I watch the series is how much I adore Emily and Richard Gilmore.

As someone who is so tuned in to class issues in media, everything about Richard and Emily (Edward Herrmann and Kelly Bishop) should make me suspicious of these two WASPs with old money who speak in posh accents and project ideals of excellence onto their daughter and granddaughter. But they are almost always, along with Paris Gellar, my favorite parts of each rewatch.

Part of that comes from the fact that, despite their flaws, they are strangely constant. Lorelai’s relationship with her parents is something I constantly feel is pinned down and debated amongst fans. Sometimes I totally understand the smothering that has made Lorelai wither under her mother’s eye—especially in the early seasons, it makes sense since Kelly Bishop knows how to highlight disdain with a simple glance.

Yet, Lorelai’s arrested development is also sometimes so overwhelming that it makes me unable to connect with the core issues she has. The fact that as she asks for favors from her rich family and can’t just suck it up to deal with her parents is already complicated enough, but in every situation, she adds fuel to the fire in a way that just feels weird for a woman in her 30s.

The changing point for me is when we watch the flashback of Lorelai getting pregnant and leaving in the middle of the night. Everything from her not wanting her mother with her and then leaving in the middle of the night with no word all leaves a strange taste in my mouth—not because I don’t get Lorelai’s perspective, but it also seems like she is unable to actually grow up, and while Emily is overbearing at times, she and Richard just seem like typical rich parents who want their daughter to excel. Nothing abusive, just lowercase “c” conservative.

I’ve mostly focused on Emily, but I feel the same about Richard. At times, Richard is absolutely the clumsier of the two grandparents, but he tries so hard. Plus, the late Edward Herrmann had a warmth that came through even in his more controversial moments. This is why, in A Year in the Life, when Lorelai can’t think of a nice story to share about her father and Emily calls her selfish … it rings true. We’ve watched Lorelai and Richard share tender moments, and yet, when the pressure hits, Lorelai turns into someone who has zero social skills.

From the class perspective, yes, Emily and Richard are snobby rich people, but at least they know who they are. Lorelai and Rory have that same snobby elitism, but tell themselves that they are a struggling middle-class family. I don’t hate Emily and Richard because they don’t pretend to be better than they are. They are a mess but are structured that way, which allows them to be complex characters when Lorelai and Rory are just … annoying but intended to be relatable.