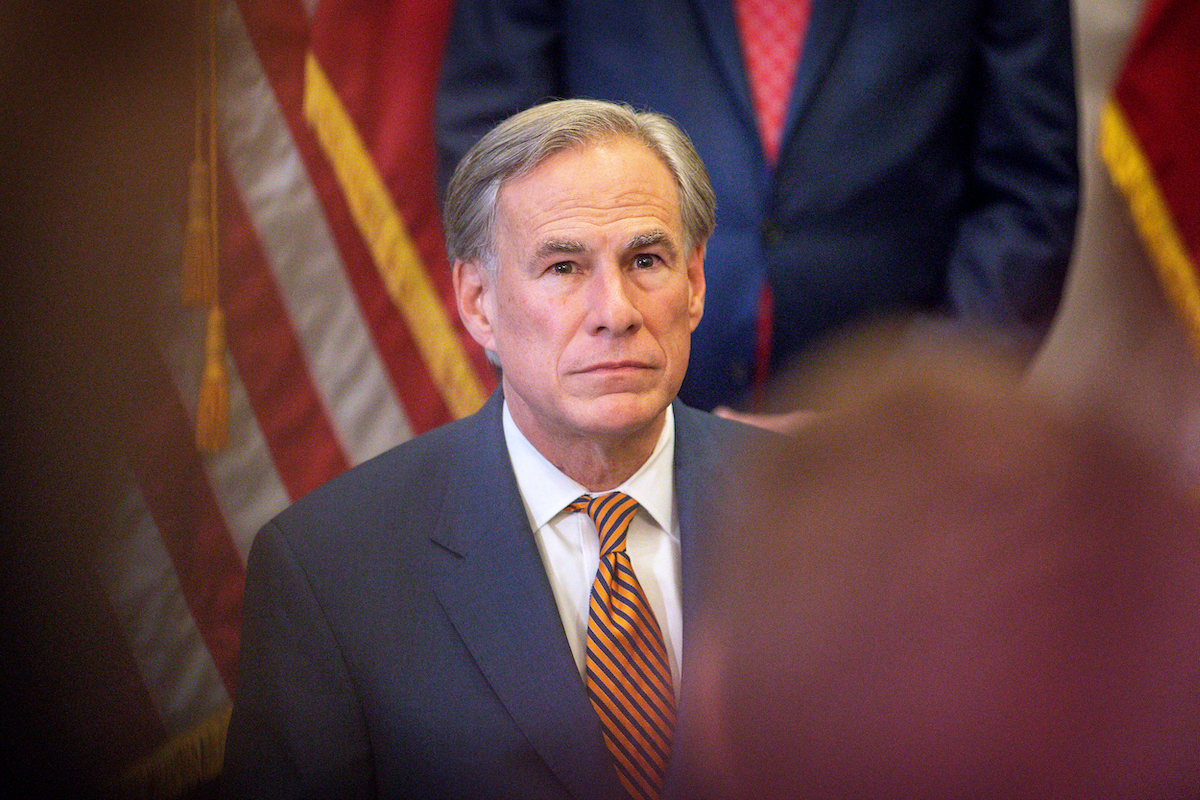 Texas Governor Greg Abbott has done a lot of truly terrible things. Between refusing to implement basic safety measures to protect his constituents from COVID-19, enacting a uniquely pernicious anti-abortion law, trying to keep schoolchildren from learning that racism exists and is bad, and spending $250 million in disaster relief funds on a border wall while Texans suffer from an electrical grid crisis leaving them without air conditioning in the middle of summer, Abbott doesn’t have to do any extra work to convince us he’s a real-life supervillain. And yet he’s still trying.

Abbott just vetoed a bipartisan bill that would have expanded the definition of animal cruelty and implemented increased protections for dogs. Again, this is what Abbott came out against.

Senate Bill 474 would have required “adequate shelter” to protect animals from extreme weather and banned tying dogs up outside with heavy chains or inhumanely short ties, among other provisions. The bill unanimously passed the state Senate and passed the House with overwhelming bipartisan support.

Abbott’s excuse for vetoing the bill was that it “micromanages” pet ownership. In his veto statement, he said there are already laws outlawing “true” animal cruelty.

“Senate Bill 474 would compel every dog owner, on pain of criminal penalties, to monitor things like the tailoring of the dog’s collar, the time the dog spends in the bed of a truck, and the ratio of tether-to-dog length, as measured from the tip of the nose to the base of the tail. Texas is no place for this kind of micro-managing and over-criminalization,” the statement reads.

Let’s dive into those claims for a minute, shall we? All the bill says about collars is that they must be “properly fitted” and made of “nylon, leather, or a similar material.” Essentially, it just means people can’t wrap chains tightly around their dogs’ necks. That doesn’t sound like “micro-managing,” does it?

As for the length of a dog’s tether, all the bill requires is that it be “five times the length of the dog, as measured from the tip of the dog’s nose to the base of the dog’s tail or 10 feet“–emphasis mine because it seems perfectly reasonable to not require the same length of tether for a chihuahua that one would for a German shepherd and if that’s too much work, it’s really not that hard to just measure ten feet of rope.

There may already be animal cruelty laws in Texas but according to the SPCA, the state’s branch receives 3,000 – 5,000 calls per year reporting instances of possible abuse. So really, what is the harm in issuing more protections for those animals?

I have to hand it to the governor. “Anti-voting rights, pro-animal cruelty” is a bold re-election message. pic.twitter.com/bw6JoqC1U2

(via The Hill, image: Montinique Monroe/Getty Images)
Want more stories like this? Become a subscriber and support the site!