Why Do We Love Rewatching Our Favorite Shows?

There are infinite shows on infinite channels, so why are we still rewatching Parks and Rec? 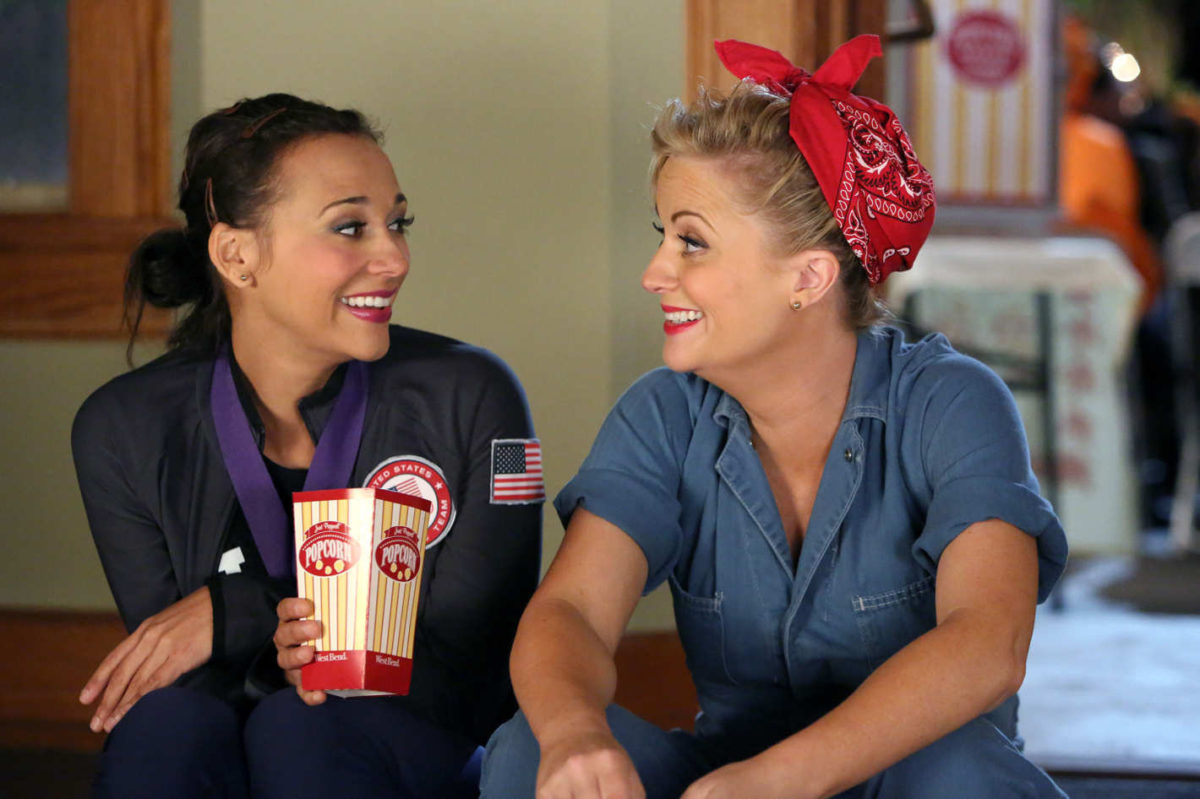 We are living in a peak era of television. Between cable, streaming services, and the insatiable demand for content, there are more new series than ever before: more baking shows, more crime dramas, more wacky family sitcoms. And yet, many of us still find ourselves revisiting and bingeing our favorite series. Streaming services consistently show that comedy standbys like Friends, The Office, and Parks and Recreation continue to be in heavy rotation, as do feel-good dramas like The West Wing and Friday Night Lights. I’m currently going through my second rewatch of Rick and Morty, that is when I’m not watching Mad Men for the 500th time.

So what’s the deal? Why do we keep rewatching our favorite series ad nauseum, besides the fact that we like them? Is it the powerful pull of nostalgia? Or is there something deeper at work? Dr. Jennifer V. Fayard explored the topic in a piece for Psychology Today, pointing to our collective mental exhaustion and overwhelmed cognitive load in the face of the global pandemic.

“In the last year, most people have experienced a heavier cognitive load than before. Cognitive load refers to the amount of stress put on our working memory, and during the pandemic, we had to keep up with more information and make more decisions (and more crucial, potentially risky decisions) than we normally did.

Unfortunately, our working memory is a limited resource, and there comes a point at which we simply cannot deal with anything else. Increased Zoom meetings, divided attention, unfamiliar and changing work conditions, balancing work and childcare, and other concerns zapped most of our processing capacities. Under a heavy cognitive load, we might turn to shows we’ve already seen and loved instead of new ones so that we don’t have to pile anything else onto our mental plates.”

Our brains are, quite simply, tapped out. This will not come as a surprise to most of us, who have faced increased stress, anxiety, and an inability to focus over the past year and a half. Add to that 5 years of breathless nonstop Trump news coverage and the dangerous uncertainty of every day of his presidency, and it’s no wonder our brains are exhausted.

It’s no wonder then, that we return to the same stories again and again. There are no surprises, no shocking moments, no upsetting turns, because we know what’s going to happen. And given how many of us currently consume television while scrolling on our phones, we don’t have to devote our attention span to new characters and conflicts.

Of course, we rewatch shows for simpler reasons, namely that we enjoy them. Others rewatch to pick up story threads they missed on their first go-round. And then there’s the status quo effect: we’ve been doing it for so long we’re just autopiloting through another season of our favorite show.

For me, this choice is often the result of too many options. My husband and I joke that our favorite show is “Menu Screen” because we could spend half the night scrolling through the endless options available on Netflix, Hulu, HBO Max, Disney+, and on and on. Stuck with the inability to make a decision, we often revert back to what we know and love.

But in these increasingly troubled times, the allure of nostalgia is irresistible. I still feel like a kid when I watch old episodes of The Simpsons or The Fresh Prince of Bel-Air. That warm, comforting blanket of nostalgia settles even the busiest of minds. And I don’t mean that metaphorically: there are studies that show the physiological effects of nostalgia make you feel warmer. We’re not just nostalgic for the shows themselves, but for the people we were when we first watched them.

Cristel Antonia Russell and Sidney Levy study the science of rewatching, aka “volitional reconsumption.” They describe rewatching as “experiential control”, which provides the viewer with “emotional regulation”. “The dynamic linkages between one’s past, present, and future experiences through the re-consumption of an object allow existential understanding,” they write. “Reengaging with the same object, even just once, allows a reworking of experiences as consumers consider their own particular enjoyments and understandings of choices they have made.”

In a world that is increasingly chaotic and unpredictable, it’s no wonder then that we retreat to Scranton or Pawnee to rest our brains. After the past few years, we’ll take all the mental comfort we can get.

What are your favorite go-to series to rewatch? Let us know in the comments!