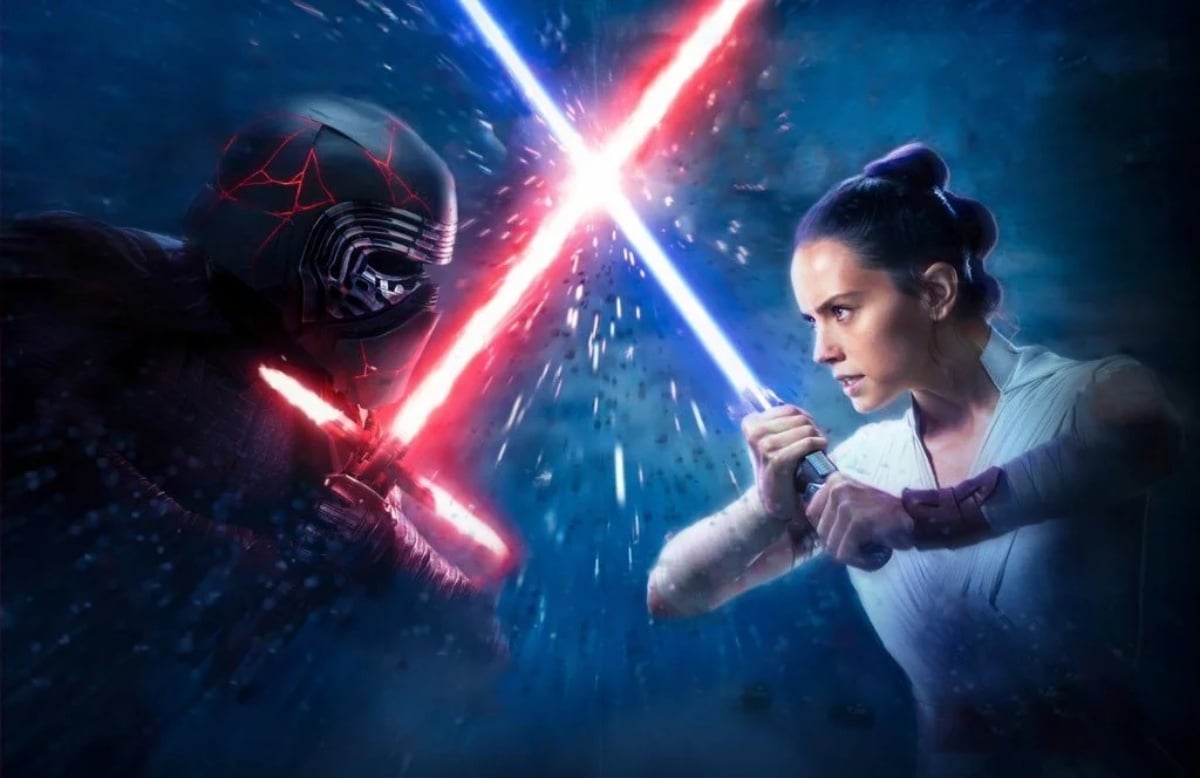 Star Wars has been a part of my life for longer than I’ve been watching the films. I may have started with The Phantom Menace, but I was almost always familiar with the mythology of the universe. After watching The Rise of Skywalker, the film that is meant to end the Skywalker saga, I had to sit with myself and ask why do I dislike this movie so much and love The Last Jedi, despite both films sidelining Finn and playing with expectations from film to film. Why am I able to see one as a great Star Wars movie in spite of it and one as a mess? The answer comes down to one thing: I think I see Star Wars closer to Rian Johnson’s vision more than J.J. Abrams’s.

***Spoilers for The Rise of Skywalker***

Growing up with the prequels first, my interpretation of the Jedi is that they are corrupt space cops. As a child, I remember being deeply upset that Anakin was being forced to leave his mother as a young boy and told to forget her. Since I was around the same age as the character, all I could think of was the loneliness and sadness that I would feel from that experience. “The Jedi are mean,” I remember saying to my mom after the movie. And I still feel that way.

Yet The Rise of Skywalker tries to undo the harsh gut-punch examination that the Jedi were not perfect. I loved Luke telling Rey in The Last Jedi that the legacy of the Jedi is of failure because, in many ways, it is. The Jedi ripped away children from their families, and told a young boy to forget his mother, to push down his feelings and to not love. As Pop Culture Detective breaks down, while not always perfect, the prequels paint a picture of an order so wrapped in dogma, that it ends up teaching toxic lessons to Anakin.

It was Obi-Wan Kenobi and Yoda who attempted to manipulate Luke into killing his own father, by keeping that information from him. A choice that was wrong, because it was Luke calling out for his father in pain that made Anakin/Vader turn. Not murder. In fact, you could make the case that Luke’s fear of Ben Solo in The Last Jedi is based around the flaws within the Jedi order itself.

This is why The Rise of Skywalker deciding to just play everything straight about the Sith and the Jedi is ultimately so boring for me as a fan.

Also, I got older (and gayer), I found myself really rejecting the binary of good and evil that seemed to be so key to the Force mythology that we are taught. Even if we look at the dualism that it is based around, like the concept of Yin and Yang, it is not that these two forces are in conflict constantly, but that they are “complementary, interconnected, and interdependent in the natural world, and how they may give rise to each other as they interrelate to one another.” Basically you need both.

In the old Legends, there were also examples of Sith and Jedi working together. For example, Darth Vectivus, known as the Sith Lord who did no evil. He simply learned and had enough balance and self-control within himself to remained balance while being a Sith. That is interesting.

Kylo Ren could have been another Skere Kaan, a Jedi Master turned Sith leader who ends up creating disorder within the Dark Side of the Sith. Or Darth Gravid, who tried to combine Sith and Jedi teachings and ends up losing his mind as a result. Basically, the relationship between the Jedi and the Sith is more interesting than Emperor Palpatine/Sidious and the Skywalker family.

I love the mythology of Star Wars and I love how Lucas in the prequels tried to give us a more nuanced vision of the Jedi, even if he did it in a flawed way. J.J. Abrams’s vision seems to have a built-in disdain for the questions the prequels raised about the morality of the Jedi. Which is fine, but I prefer the morally grey areas that I saw in Johnson’s vision. It wasn’t perfect, but it wasn’t so reverent to the past that it couldn’t ask how would these realities affect the characters today.

Star Wars is amazing, but I am not a traditionalist when it comes to the story. I like the meta-questions, I like the mythology, and I feel like, for me, the series has outgrown the straight hero’s journey that it started with many years ago.

In the end, I think one thing is fundamentally true about this sequel trilogy: the fact that they went in without a three-movie plan, directors who were communicating, and a story bible is a damn sin.