This stuff is important, guys. 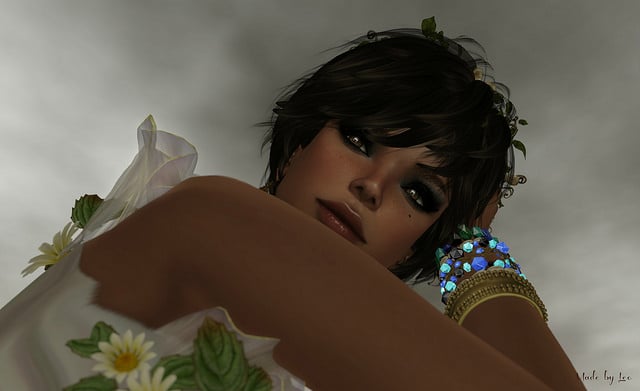 Massive multiplayer online games are great because they allow you to become any type of person you want to be. Of course, most people are pretty egocentric and still find it more fun to create characters who look vaguely like them in some way on the first go-around. But for those whose skin colors aren’t as widely represented in the gaming world, MMOs are an entirely different experience.

Using Second Life (and before you scoff, it’s one of the very few MMOs that even allows for differing skin colors in the first place), researcher Jong-Eun Roselyn Lee at Ohio State University decided to test how diversity among virtual avatars might influence both white and black-identifying players. She gathered 23 of each and asked them to read a fake magazine story called  “Meet the Coolest Second Life Residents,” which reportedly profiled 8 of the game’s most influential avatars. But not everyone actually got the same story, of course; some got a profile of all-white avatars, while others got one that featured a equal mix of ” white, black, Hispanic and Asian” looking avatars.

After reading the story, the study participants were asked to create their own avatar for the game, and then rate their own willingness to disclose their true race to other game players. For the white players, there wasn’t much of a difference either way; but the black players who read the story about all-white avatars created avatars that looked whiter, according to unbiased independent coders brought on for the experiment, than those who experienced the higher diversity scenario. They were also reported themselves as much less willing to bring up their actual race as well.

Of course the study, which can be found here, isn’t particularly groundbreaking in its scope and has its own limits. As Jeremy Hsu for Discover Magazine points out, the study only looked at the effects on two different races, and Lee did not account for how strongly each participant might actually identify with their own race. Furthermore, the participants never engaged in any gameplay themselves—though the study does quote a participant from another similar field experiment who did engage in gameplay:

But this study is still interesting because it speaks to a wider discussion about race and diversity in gaming. It’s easy for players in the majority to dismiss calls for more customizable skin tones and features (“games based on European cultures wouldn’t have darker people anyway,” they often say, forgetting that these games also have elves and oh yeah are fictional), but for people who actually look like that in real life, it can be yet another jarring reminder that they are not considered part of the target audience for these games. And even when darker skins are technically possible, it doesn’t do much good if the community at large does not appear to be accepting of them. Working to address these two issues will hopefully serve to move gaming culture forward into a better and more open place for everyone, not just those of us who barely have to toggle anything to see ourselves represented in our avatars.