Why Chris Evans Took a Picture With Ted Cruz 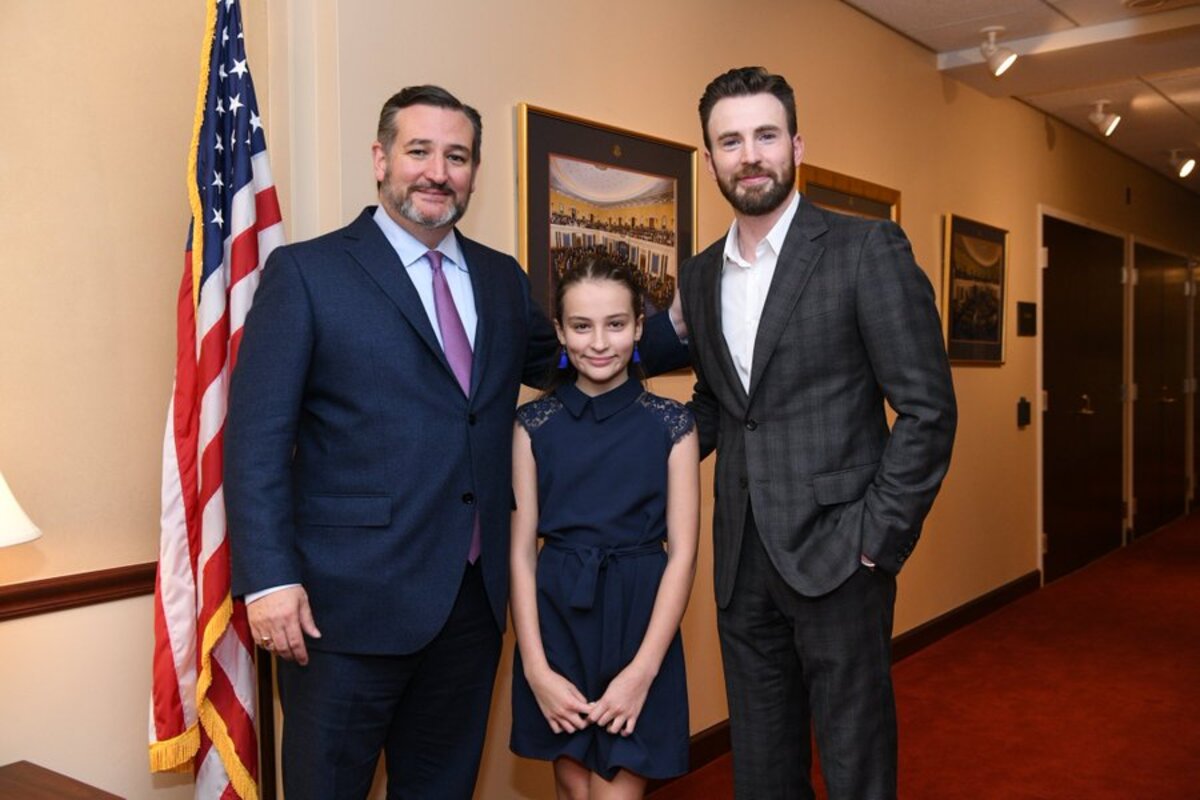 Why exactly was Chris Evans—a well-known and vocal critic of Trump and his Republican enablers—posing for a photo op with Ted Cruz of all people yesterday?

Well, it’s certainly not because Evans has changed his political mind, or because he’s, as twitter has jumped to imply, a Nazi-enabler now. No, it’s because he’s taking his celebrity, resources, and passion for politics and trying to do something beneficial for the discourse by helping people be more informed. What a jerk, huh?

Evans has spent the better part of a year working on a project called “A Starting Point” which aims to, in his words “create informed, responsible, and empathetic citizens” and “reduce partisanship and promote respectful discourse.” That sounds nice, but also pretty hard. But I guess there’s no one better than Captain America himself to give it a try.

A Starting Point will, in theory, provide users of the platform that is just that: a starting point for understanding political ideas and issues. The platform will be divided into sections like the economy or healthcare or immigration and feature video of various politicians answering the same questions in minute-long video interviews, conducted by Evans off-camera and, perhaps most importantly, fact-checked.

The idea is that getting various politicians from both sides of the aisle to explain things that the general public might not necessarily get (like, “What is a Tariff?” and why do they matter) might get people more informed. This came from Evans’s own experience trying to understand the acronyms he heard on the news in an easy way. “I just wanted a basic understanding, a basic history, and a basic grasp on what the two parties think,” he told Wired Magazine for a January cover story.

So the idea for this platform was born, but it took a while to get traction. Evans and his co-creators put up their own money for the project and just … started emailing members of Congress. Amazingly, few of them replied but Senator Chris Coons of Delaware was the first to hop on board, even though he didn’t really know who Evans was (talk about an out-of-touch politician). I guess his social media folks got it though.

Here’s me explaining to @ChrisEvans aka @CaptainAmerica that vibranium is a metallic alloy with defined stoichiometry. We also talked about the good work he’s doing to get young Americans more engaged in civics, which is important, too. pic.twitter.com/gc7BCI9pjl

Coons was impressed with Evans though and the simplicity of the questions like “why does foreign aid matter?” and saw value in explaining these things to his constituents, which is why he handed out the information on the project to his colleagues in the Senate. And Evans was off to the races meeting with Democrats, and yes, even Republicans as part of the project.

The most ambitious crossover event in history. @ChrisEvans #captainamerica pic.twitter.com/yeZkAZFWnA

It’s not every day that @CaptainAmerica pays you a visit. Great spending time with @ChrisEvans and hearing how he is a leader off the big-screen by encouraging others to get informed. pic.twitter.com/ruNLNvmCuQ

Great talking to @CaptainAmerica (aka @ChrisEvans) today about some topics important to American families! Security must have taken his shield at the door.

Make sure to keep an eye out for his new project, “A Starting Point.” pic.twitter.com/3t3Zi7h8tM

Which brings us, at last, to Ted Cruz, who met with Evans yesterday and took a picture with the star—along with Cruz’s daughter.

Just sat down for an interview w/ ⁦@ChrisEvans⁩ Really nice guy. Caroline came up to DC to meet him. Almost nothing in the Senate impresses an 11-year old; introducing her to Captain America was pretty awesome! pic.twitter.com/PWK5Os9yL3

This may be shocking, but … this is not a bad thing. For one, I wouldn’t expect a nice guy like Evans to say no to taking a picture with someone after they did an interview for his project, especially if their kid came all the way from another state to meet him. But the whole project is a really good and interesting thing Evans is trying to do and the fact that it involves him sitting down cordially with people he may not agree with politically is part of why it’s good.

People aren’t well-informed and politically engaged. They know things are bad or they know what social media tells them to think. Everyone knows how to be angry, but not everyone knows how to be informed. Evans is trying something—who knows if it will work—but he’s trying and he’s being careful and civil in doing it and I hope it works.

A Starting Point is not live yet, but it will be very interesting to check it out when it is available, and if it helps people learn about civics and gets people involved enough to vote and engage, that’s a net good for the world.

So yeah, Chris Evans took a picture with a politician a lot of us hate, and yeah, it’s nice that he has the straight, white, cis, male, wealthy privilege to do that with few consequences—but at least he’s trying to use that privilege to do something that might make the world a little better, or at least smarter. And that’s something Captain America would be proud of.