Disney's going to need to ... reach out to someone. 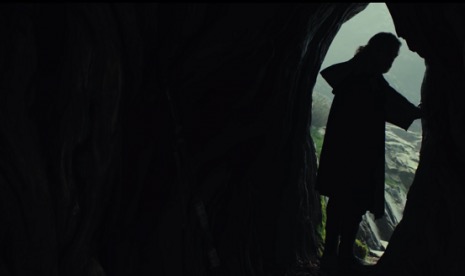 Last night, news broke that Jurassic World’s Colin Trevorrow is out as director of Star Wars: Episode IX, making him one of several of Lucasfilm’s picks to not work out either during production or before. With The Last Jedi still on the way in December and the current trilogy in need of an ending, that leaves us with one important question: who will step in?

We learned of Ron Howard taking over pretty soon after Phil Lord and Chris Miller made their exit from the Han Solo movie, but with that film in the middle of shooting during the change of directors, things had to move quickly. There’s still a bit of breathing room for Episode IX’s production, but not that much on such a massive, effects-heavy franchise.

Less than 24 hours later, we’re predictably lacking in details, but some potential options are already starting to float around. One of those, reported by Deadline, is The Last Jedi director himself, Rian Johnson. Johnson’s tenure with Lucasfilm has been relatively uneventful as far as we know, while news of “creative differences” and other problems plagued pretty much everyone else but The Force Awakens Director J.J. Abrams.

If Lucasfilm really likes what Johnson is doing with The Last Jedi—and we’re certainly excited about it so far—it makes sense that they’d want to stick with what works for the final installment, rather than open themselves up to even more of these problems. It would seem a little out of step with how they’ve been spreading around the directing duties so far, but maybe they’re starting to reconsider how that’s been working out.

We’ll find out just how reassured to feel by that option when we actually get to see Johnson’s take on Star Wars later this year, but we also can’t help feeling that we’d like to see someone else get the opportunity to take a crack at it. Syfy has a solid list of contenders (just suggestions, mind you, not inside info), and not all of them are white or male! (It can be done, Lucasfilm!) Got any of your own suggestions? Let us know in the comments, or just bombard Disney/Lucasfilm with them endlessly on social media—or both.