Who Should Guest Star on Star Trek: Picard? | The Mary Sue

More Beloved Faces Are Coming to Star Trek: Picard, but Who Else Should Guest Star? 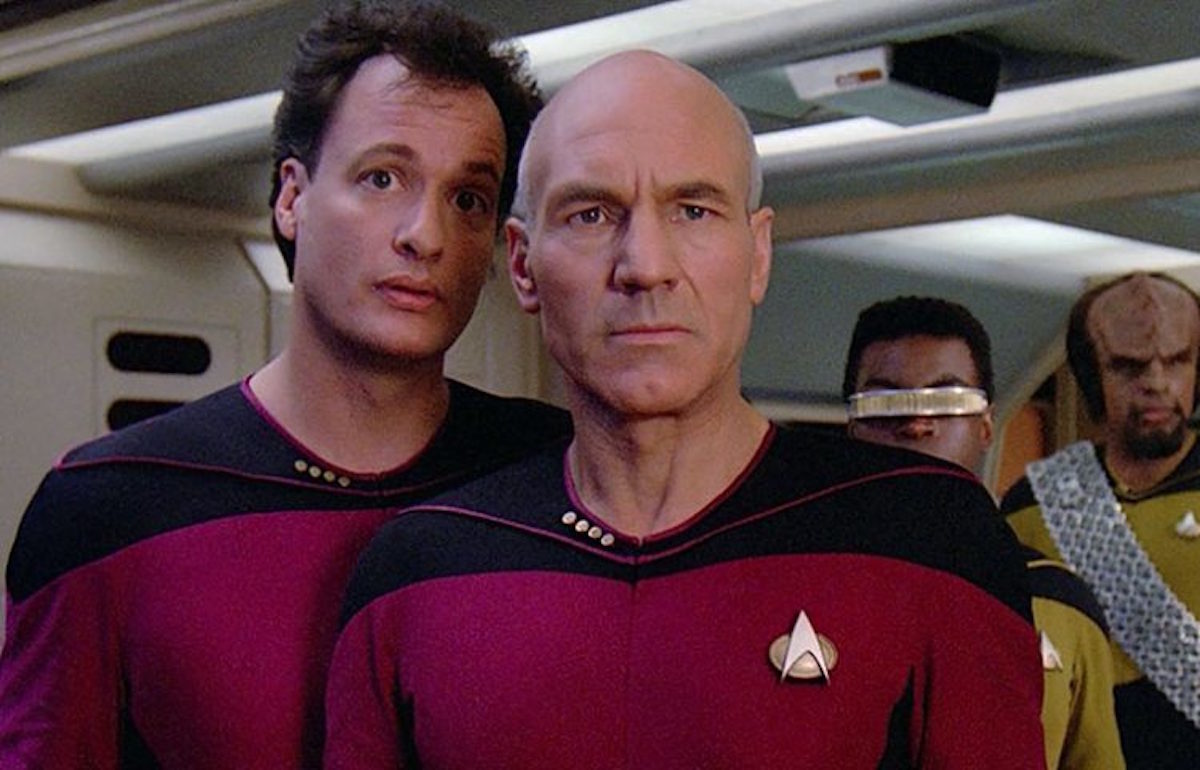 Star Trek: Picard blew up San Diego Comic Con with an electric first trailer of the Patrick Stewart-starring series. While we were introduced to the faces of the new cast, it was the sight of some familiar ones that set Star Trek fans a-chattering worldwide. Now comes confirmation that we’ll be seeing even more people from Picard’s old orbit—and we have a few ideas of our own about who we want to see on the show.

We knew from the start that Star Trek: Picard was likely to feature guest appearances from The Next Generation as well as other Star Trek properties (Jeri Ryan popping up in the trailer as Voyager’s Seven of Nine was a delight, and drove this home). In addition to Ryan, and Brent Spiner as Data, the cat’s out of the bag that Jonathan Frakes and Marina Sirtis will appear on the show as William Riker and Deanna Troi, who are married (or at least they were when last we saw them, and had best remain. Do not mess with my Imzadis). Additionally, Variety reports that Jonathan Del Arco, aka Hugh the Borg from TNG, will also stop by.

I’ve managed to keep this secret for months but now I can confirm, Troi and Riker are back!!! #StarTrekPicard #Picard https://t.co/C2GDIOZIjc

I’m particularly thrilled about Troi and Riker—I’ve loved them, and loved them together, for a very long time—but I also have a small yet pressing list of additional encounters I will need to see on Picard. Please cater to my demands, CBS All Access: 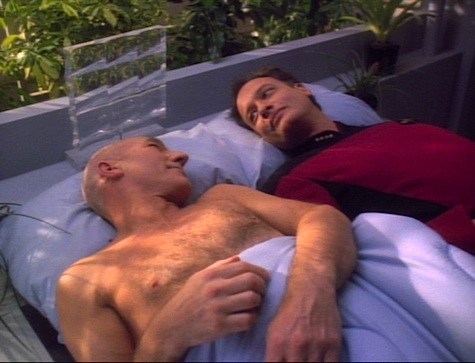 If this doesn’t happen, Picard showrunner Michael Chabon will be receiving an extremely strongly worded letter. It goes without saying that every Star Trek series should have at least one Q episode, and de Lancie’s mischievous, chaos-making powerful entity is an evergreen fan favorite. Picard can hardly be the Q exception, especially considering Picard’s history of tangling with Q. Stewart and de Lancie have wonderful chemistry onscreen together, and you can’t seriously believe Q would hear that Picard was back in action and not head over for a little tête-à-tête, can you? 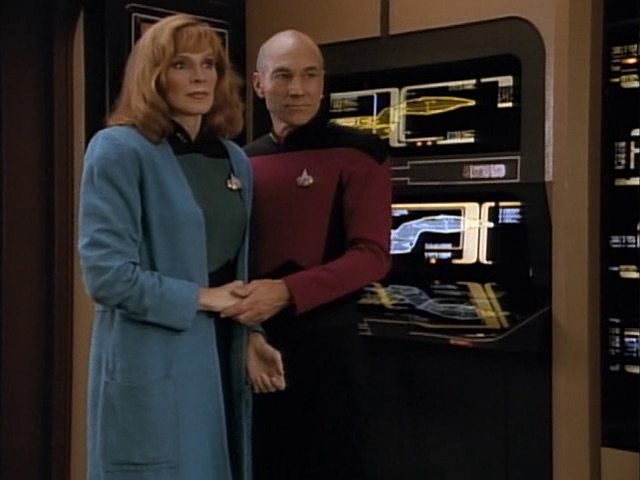 Speaking of other entities with a crush on with Jean-Luc. Picard’s relationship with Dr. Crusher was a fascinating slow-burn of a romance that never got the chance to fully ignite, and always struck me as one of the most realistic and mature on television. Dr. Crusher was the wife of Picard’s friend Jack Crusher, who died during an away mission. After Dr. Crusher came to serve on the Enterprise, she and Picard developed feelings for each other, but because of their personal history and personalities, often danced around the topic rather than indulging. To be deeply attached to someone romantically but not really together gave Picard and Dr. Crusher a poignant connection. If Spiner, Frakes, and Sirtis are back, I’d be absolutely shocked if we don’t see McFadden’s Beverly in some capacity. I hope Bev and Picard didn’t give it a go and then separate, as is the case in the alternate-future final episode of The Next Generation.

Shaka, when the walls fell. Darmok and Jalad at Tanagra. Temba, his arms wide.

There are dozens of people from the Star Trek universe I’d be thrilled to see visiting Picard, but these comprise my must-see shortlist, at least from The Next Generation realm. Who’s on yours?