The White Privilege of the Storming of the Capitol

If you deny the white privilege of it all then we've already lost. 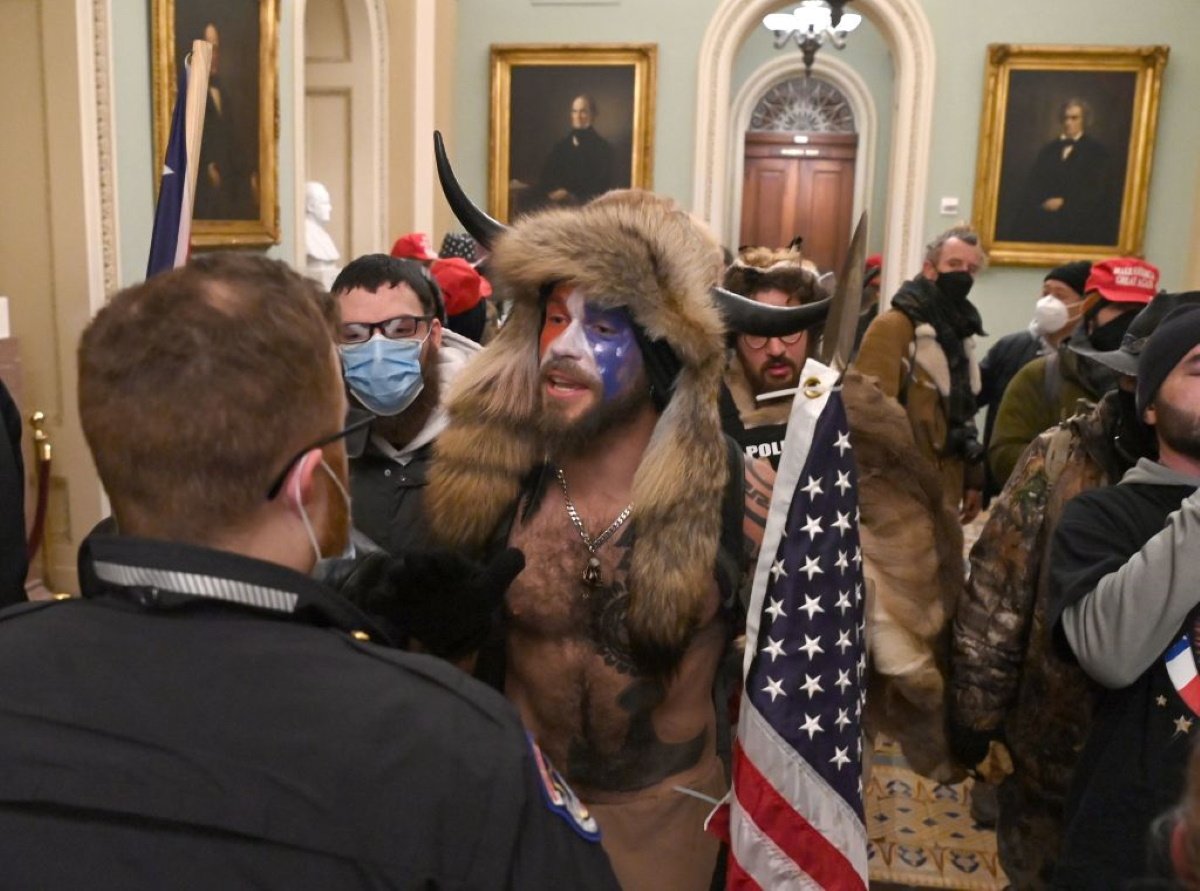 Happy 2020 New Game+, December 39th, 2020 squared, or whatever way you choose to say that 2020’s still alive and well. In the longest year of the week, headlines have been buzzing about how Trump supporters breached the Capitol, breaking through and causing utter chaos. And yes, that absolutely did happen, but it’s crucial to mention this part:

This video, originally from Marcus Dipaola on Tiktok, doesn’t show that much resistance in this whole “staging a coup” thing. And the following tweets don’t, either.

Yes, there’s footage of Trump supporters destroying things and even getting into scuffles with the cops.

But it’s not nearly as intense as, say, the response to Black Lives Matter protests from Summer 2020. Or, well, ever.

For the record this was the US Capitol during the BLM Protestors pic.twitter.com/hyqneRtqMD

(This was the Lincoln Memorial during the BLM protests, but the point stands.)

LMAOOOOOOOO Y’all had the NATIONAL GUARD and the ARMY posted up for BLM protestors but Proud Boys were able to BREAK INTO THE CAPITOL BUILDING ????!!!! This country man 🤡

Listen. I can go on about the lackluster response and the undeniable proof that a white dude could, in fact, waltz in and steal the Declaration of Independence, but I feel like Twitter’s already done my job for me on that end.

So instead, I wanna talk about how things got to this point. I don’t mean to the point of Trump supporters getting in a tizzy because the media’s been trying to figure that out for years. And really, that in of itself is part of what I want to talk about, this grace period that’s given to hateful people, this compassion to find a way to hug it out with them instead of realizing that they are here to harm others because they just are, have done nothing to prove otherwise, and have been emboldened to do so.

Not just because of Trump, but because they keep getting chances in some veiled attempt at maybe they’ll change when they’ve shown no interest in any sort of growth.

Remember when you wanted to hug these motherfuckers in November and tell them you still love them?

Fuck them. Fuck the police. Fuck you.

So how did we reach THIS point? That’s what I want to discuss. How did people get so complacent about all of this?

It’s because they’re white, and whiteness is never challenged by the perpetrators of it. Plenty of Black/NBPOC have challenged it, but white people themselves? No.

Now before you take to the comments to tell me how you’re one of the rare varieties of white that does challenge white privilege, let me just say two things. 1) You benefit from white privilege no matter how hard you fight against it, and you always will because you’re white first and foremost, which means you will be granted things that others aren’t privy to because of it (in this case, access to the Capitol building with very little resistance). 2) If you are, in fact, someone who understands the privilege you have, then you know that there is no need to get defensive when I say that whiteness isn’t being challenged enough by white folks because there’s plenty of “this isn’t us” commentary that keeps this going, which is a problem.

Every time someone goes on about how “this isn’t America” I can’t help but get frustrated because it absolutely is America. Marginalized people have been saying it for generations, and keep having to say it, because white people have created this fantasy version of America where things were fine for everyone, so they keep trying to convince themselves that the shit show we’re watching is a rarity. You’re absolutely allowed to be horrified by the events and should be, but to say that this isn’t how things are and to deny the grip white supremacy has on America (and has always had on America) is a level of willful ignorance that will halt any possibility of progress.

There are people out there who say that these Trump supporters are so wild because they’re being encouraged by our soon-to-be ex-president. And that’s true. They are. But they are also being treated as some kind of radical other instead of admitting that our country has always contributed to white supremacy. All the video footage proved it. These people were able to go to the Capitol, break things, pose for pictures, and go home.

The man pictured in Nancy Pelosi’s office took a piece of her mail, made it out safely, then posed for a pic pic.twitter.com/UckbTRHZsW

The FBI is seeking to identify individuals instigating violence in Washington, D.C. We are accepting tips and digital media depicting rioting or violence in and around the U.S. Capitol on January 6. If you have information, visit https://t.co/buMd8vYXzH.

I’m not sure what’s worse, the fact that they’re asking for help when there’s a grandma’s photo album worth of pictures on Twitter dot com, or the fact that this means that the main perpetrators boasting on social media weren’t arrested the day of. The FBI’s response is the equivalent of that dude in your group project who would damage your entire grade if you didn’t pick up his slack and will still get an A when you do.

There’s a privilege that white people have where they can say that this isn’t the country they grew up in, and there’s this grotesque feeling in the pit of my stomach that reminds me that I’ve had this conversation before, have been asked to have this conversation before, and have been made to feel like it’s up to me to have this conversation in order to achieve progress. The pressure isn’t put on the perpetrators of white supremacy, nor is it put on those who benefit from a level of privilege so high that it gets NBC News to talk with Jake Angeli (you know, the QAnon guy with fur headdress?) while the FBI wonders where the culprits are.

It’s put on everyone else.

There are so many instances in my life that perfectly lay out the problems. I’ve written about it. I’ve spoken about it. There’s photographic evidence of it.

And as I talk about it (again) and people tweet about it (again) I feel like we’re still not making headway because there are still just enough responses that say, “wow, that’s awful, that’s not MY America.” That’s why, no matter how many times we say otherwise, we end up back where we started.

Honestly, I think Ben and Jerry’s said it best in this thread.

Yesterday was not a protest—it was a riot to uphold white supremacy.
(1/8)