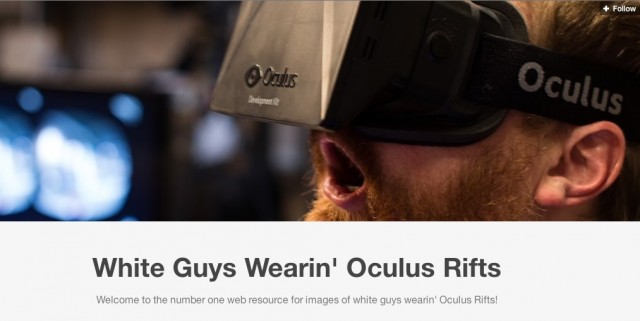 Facebook just bought virtual reality company Oculus Rift for two billion dollars. That’s billions. With a B. You can listen to more of the details on their investor call today at 6:15PM EDT which is in just a few minutes, but until then you can check out the White Guys Wearin’ Oculus Rifts Tumblr to celebrate.