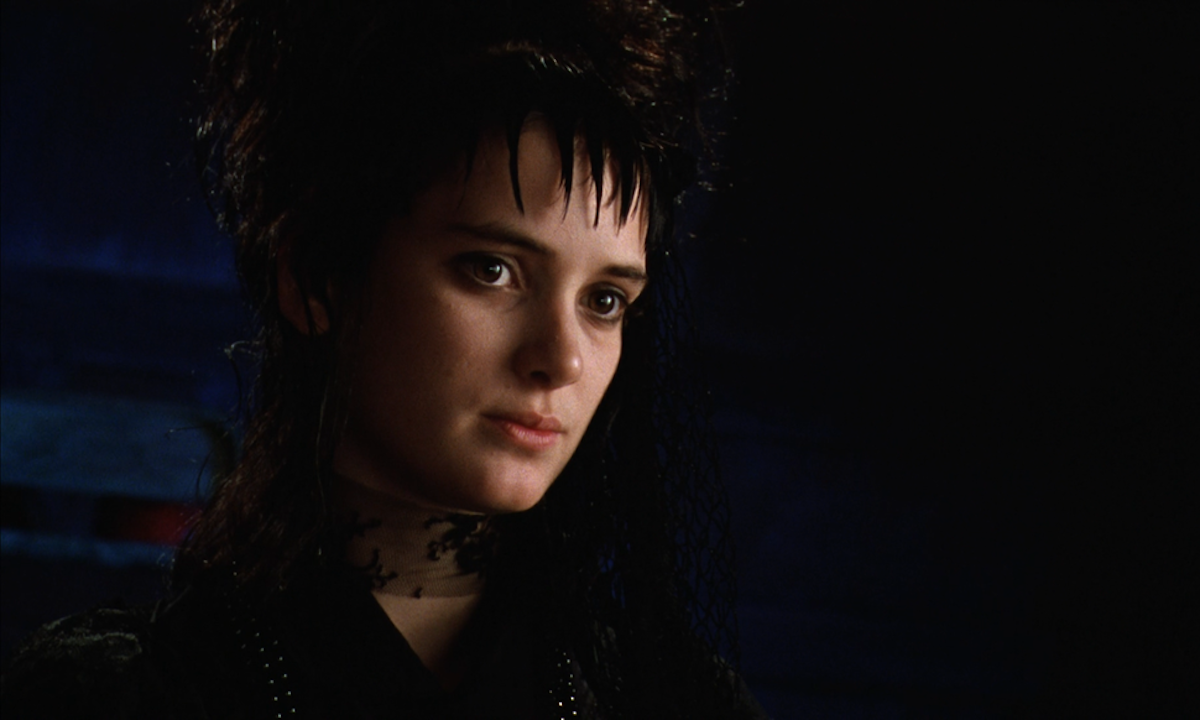 The first real movie I ever saw was Beetlejuice. I was five years old and visiting my father at the electronics store where he worked. While he dealt with customers, I sat on the carpeted floor of the showroom and stared up at the big screen for sale. I had never seen anything like Beetlejuice before. Honestly, I don’t even think I had ever seen a movie that wasn’t Big Rock Candy Mountain (by the way, who else remembers that gem?) or some Disney flick. I couldn’t be torn away from the screen. I was immediately taken by the whole feel of it. The dark humor—looking back, most of which went over my head—the way the house looked, Alec Baldwin’s miniatures. Everything was fabulous.

Then Lydia came on the screen, and all I wanted to do was be her friend. Since that first viewing, I’ve seen Beetlejuice at least 100 times, and each time I learned a little more about my “womanhood” through Lydia. During my early childhood, she represented something different. I spent my elementary school years in an all-girls Jewish school where fitting in meant conformity. But Lydia showed me that girls didn’t have to be overtly feminine or dressed up in flowers. Contrary to the pile of Disney VHS tapes in the corner of my bedroom, Lydia showed me that the guy who comes to sweep you off your feet isn’t always a prince, but it doesn’t matter because you don’t need one anyway.

Lydia is where it all started for me, but then came films like Matilda that taught me it’s important for little girls to have access to an education, and one of the sharpest tools we have is knowledge. There was also Reggie from Rocket Power, who made me feel okay about wanting to run around with the boys, or ditching my skirts and Mary Janes for red pants that made the most annoying swooshing sound and an array of sneakers. Pepper Ann taught me the same and let me know that there’s more than one way to be a girl and still fit in, if that’s your thing, whereas The Craft taught me that I didn’t have to, it was okay to standout.

Together, these characters not only shaped me as a person, but really shaped how I view feminism—which is that being a woman doesn’t have look any certain way.

Now that I’ve shared with you, let me know the bits of entertainment you grew up with that shaped your view of feminism or taught you a lesson about following your truth!