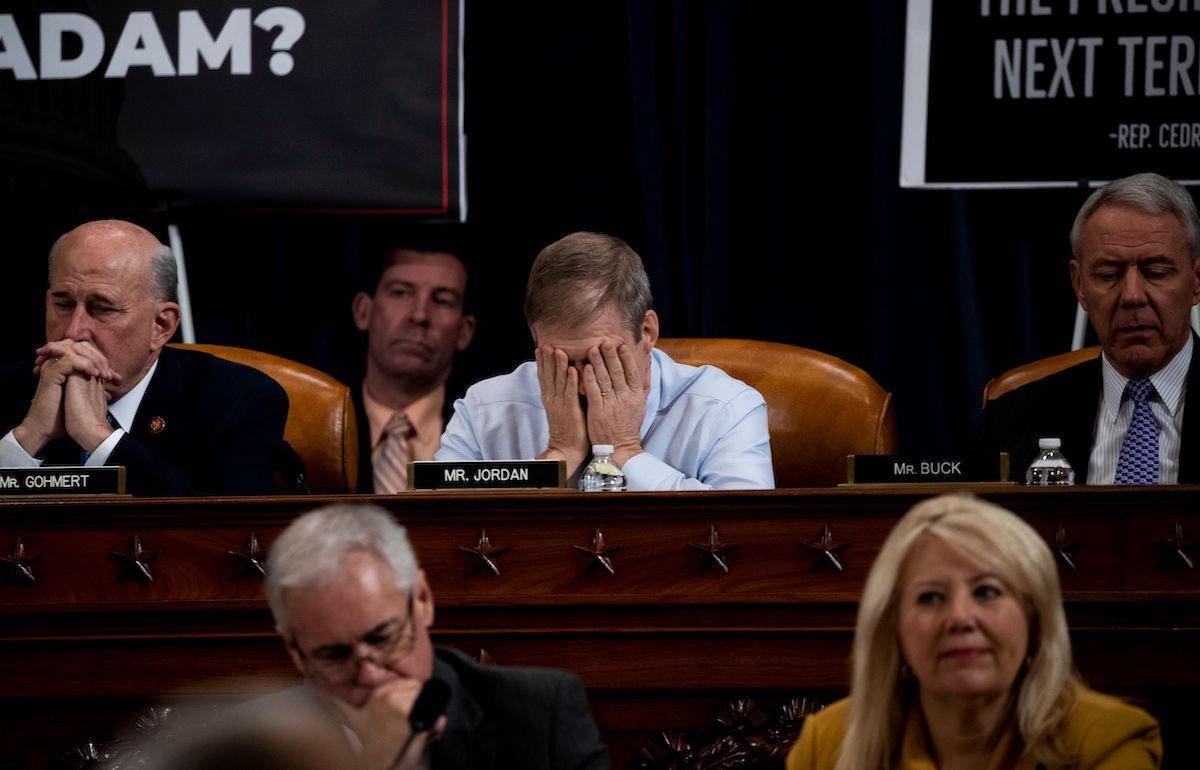 The impeachment inquiry picked back up today in the House Judiciary Committee and Republicans are once again pretending they don’t know how things work. In addition to the constant interruptions introducing fake points of order over rules that hadn’t actually been broken, Republican lawmakers added a new sign to their embarrassing collection.

Republicans on the Intelligence Committee routinely displayed signs behind them as a way to attack Committee Chairman Adam Schiff and other Democrats. Now, their Judiciary Committee counterparts are keeping the idiotic tradition alive with this nonsense:

Which they later switched out for this one:

In case “Where’s Adam?” didn’t get the point across. pic.twitter.com/qY1FPH6zOb

The Adam they’re asking about is Adam Schiff, who is not on the Judiciary Committee, meaning there’s no reason why he should be there.

House Republicans have been saying for a while now that they want to call Schiff as a witness, which Judiciary Committee Chairman Jerrold Nadler has dismissed as being “irrelevant.”

“I’ve said no to because they’re irrelevant. They [Republicans] can appeal to the full committee if they wish, and we’ll have a vote on that. But like any trial judge, you keep the witnesses to the relevancy,” Nadler said on CNN Sunday.

It’s not just Democrats who are shutting down these irrelevant witness requests. House Republicans recently made a plea to their counterparts in the Senate, asking them to subpoena Schiff’s phone records and to call the witnesses they were denied. Senate Republicans straight-up said they weren’t going to do that.

According to Politico, Senate Majority Leader Mitch McConnell “has privately urged senators to avoid divisive votes on impeachment motions, and other senators are eager to ensure that the GOP doesn’t lose votes — or control of a trial in their own chamber.”

“You got two different bodies here,” said diehard Trump defender Lindsay Graham. “Are we going to start calling House members over here when we don’t like what they say or do? I don’t think so.”

Republican Senator James Lankford also spoke against irrelevant witness, saying, “I don’t feel like we necessarily need all of them. … It becomes a big circus of people and they call John Bolton and we call Hunter Biden.”

Speaking of Bolton, if House Republicans are so set on finding out where these potential witnesses are, there are some others they can start with.

Shut up or put up @GOP