The House Republicans’ Giant Impeachment Signs Are Beyond Satire 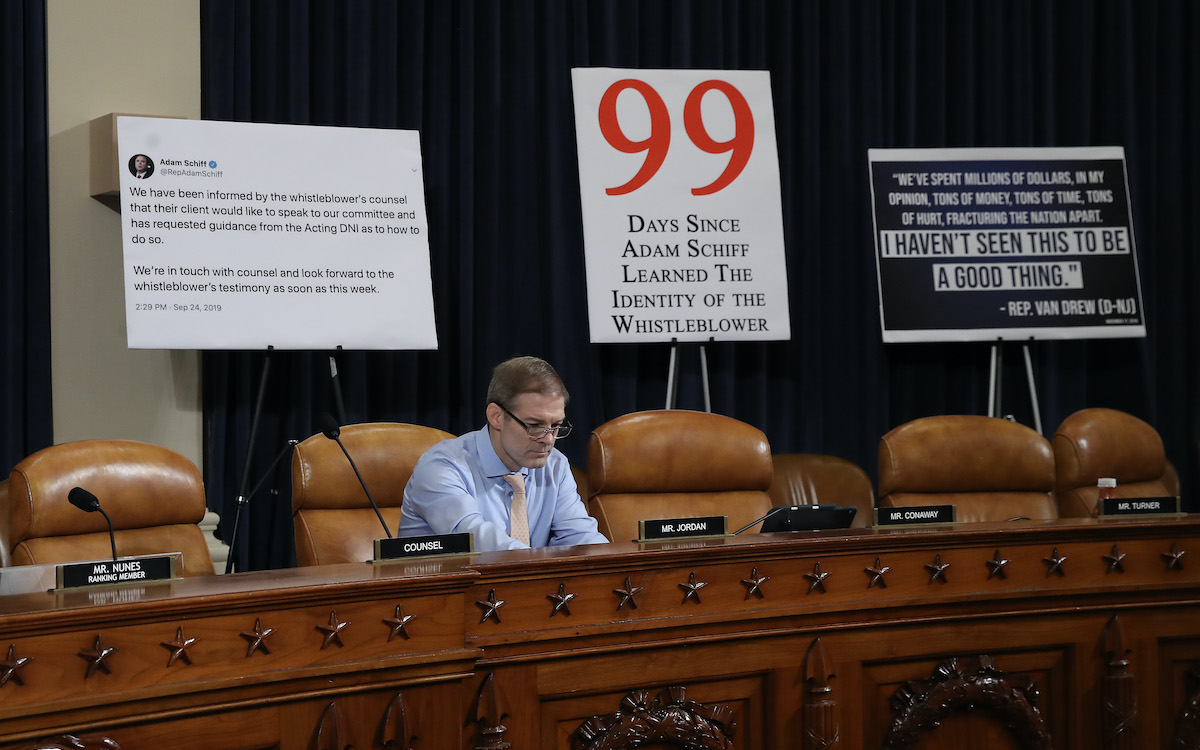 Since public impeachment hearings started last week, some House Republicans have taken to mounting giant signs behind themselves. Some of them feature quotes from Donald Trump or others from Nancy Pelosi. Some are images of tweets. They’re all in huge Boomer font lettering to make sure the cameras catch them.

These signs are wasteful and tacky just an overall embarrassment. But the new sign these Republicans brought out midway through Thursday’s hearing is the absolute worst of the bunch.

First of all, Republicans have adopted this weirdly performative act of pretending they don’t know how Congressional hearings work. Like when ranking the committee’s minority leader Devin Nunes tried to yield time to Rep. Elise Stefanik during a portion of the hearing when–as they know–only the party chair and their official counsel are allowed to talk and Nunes and Stefanik lost it.

“What is the interruption for this time?” Stefanik demanded. “You’re gagging the young lady from New York?” Nunes asked angrily.

It was basically a reenactment of this classic tweet, but with Republican lawmakers instead of a cat:

me, lightly touching miette with the side of my foot: miette move out of the way please so I don’t trip on you

But what’s even worse about this sign–the part that gives me full-on brain worms–is the logic of their math. Because this kind of sign, like a work accident sign, is supposed to reset when someone does the thing named. So I know they think they’re saying he’s never followed the rules, but really, the message on display is the exact opposite.

I’m merely a human being with a chemical engineering degree but doesn’t this mean that he HAS followed the House rules? How are they so hilariously inept? https://t.co/R0EbrS4b0W

This sign means Schiff was following the rules yesterday. https://t.co/6vLX6XiJnU

They really are trying their best, aren’t they? It’s just that their best is not very good.