Where Are the Moms in the Star Wars Galaxy? 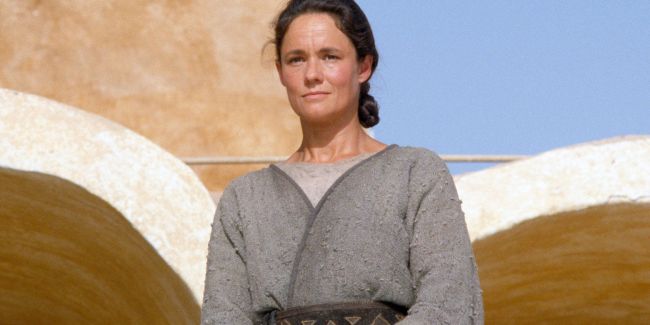 You’ll often find a Tumblr post excited about the prospect of General Leia Organa confronting her son in Episode VIII. Part of this isn’t just the gratification of watching Kylo Ren getting a good twacking and grounding for the crime of patricide (and killing off beloved icon Han Solo), but it’s also about the fact that mothers rarely have the privilege of thematic connections with their children on the big screen.

Even before the universe of Star Wars was welcomed into Disney’s custody, Lucasfilm had upheld the Dead Parent Quotas to maximize the Hero’s Angst. Demises of moms tend to be potent fuel for Offspring’s Angst. Mothers play a role in shaping the arc of their protagonist offsprings, but they don’t receive as much thematic prominence as father-son/child relationships in the cinematic world of a galaxy far, far away. If they do, they are noticeably disposable. Shmi Skywalker sees her son walk off to Temple life in the care of a Jedi. The next time she sees her beloved Anakin again, she expires in her son’s arms as a damsel. Shmi’s ass-kicking daughter-in-law Padme soon follows her into the afterlife. Padme gives birth, feebly acknowledges her newborns with sorrow, and perishes because of a “broken heart” (or because women’s health care in the advanced far, far away galaxy is as shoddy as women’s health care on our Earth). And in both instances, they serve The Tragedy of Anakin, not the Tragedy of Shmi Skywalker or Tragedy of Senator Padme Amidala.

Even when fathers meet eventual death, they outlast the mothers. Anakin outlived Padme. Shmi dies and is survived by… Anakin’s daddy in the form of the Force?

Then there’s the recent case of the Ersos. Five minutes within Rogue One, Jyn Erso’s mother gets shot down. The build-up doesn’t make sense. Why choose to waltz up to the antagonist, while clearly outnumbered, and not join her small daughter at the shelter and live to raise her girl to adulthood? Then the rest of Rogue One proceeds with Jyn Erso angsting over her father and her desire to rescue him from the Empire’s clutches. Perhaps eliminating the mother from the picture was the writers’ excuse to plop Jyn into another set of paternal arms in the form of Saw Gererra.

The fathers are granted the centerstage drama—see the father-son relationships, such as the whole “I am your father!” confessional farce that traumatized poor Luke. There also is a master and apprentice dynamic between orphan Ezra Bridger and his parental surrogate Kanan Jarrus at the emotional core of Star Wars Rebels. In The Force Awakens, Leia speaks woefully about her estranged son but never interacts with him on-screen. That harrowing face-to-face task is reserved for her husband Han Solo, who soon becomes a casualty to his and his wife’s optimism in their troubled child.

I observed an emerging trend of Star Wars father-daughter relationships, the most prominent in the form of Jyn and her Empire-shanghaied father Galen and the baton of fatherhood tossed to Saw Guerra at some point for young Jyn.

In addition, Leia has dynamics with both her late adoptive and biological fathers in the excellently written Claudia Gray’s Bloodline—proof that in the hands of a good prose writer, Star Wars politics and Leia can be given their due. Leia’s adoptive father, Senator Bail Organa, may be a supporting player, but fans pay tribute to his accomplishments as a loving father and rebel leader. As for Breha Organa, Leia’s adoptive mother, little could be said of her and one likely knows her name not from the materials, but from a Google search or the Wookiepedia.

Leia stands as an exception. She has outlived her maternal predecessors, in terms of age and screen-time, and even the love of her life. Though her recent appearance focuses on her career as a General, a confrontation between her and her son is imminent. Unfortunately with the real-life case of Carrie Fisher’s death, Leia’s fate hangs in the air.

There are other mothers in the wider galaxy. While not a biological mother, Captain Hera Syndulla (who experienced a short daddy’s issue arc and a deceased mother) offers a maternal center for her crew in Star Wars Rebels, acting as a moral anchor for her Jedi partner and crewmembers’ shenanigans. In addition, Hera’s crewmember and—according to the Tumblr’s infamous Space Family phenomenon—surrogate daughter Sabine Wren will see a story arc where she comes face-to-face with her mother. Look, a mom that’s actually living and breathing to interact with a biological daughter! Let us hope she’ll last.

But even with the existence of exceptions, all moms deserved better. Despite the death marks on mothers or the wider emphasis on their other careers, these women aren’t cheapened by their status as mothers. Rather, the scriptwriters take mothers for granted and don’t know what to do with their maternal greatness. The moms deserved better than to be angst-fodder. Didn’t the Star Wars moms deserve to be alive to spend quality time with their offspring as main players in their drama, rather than martyrs to their tragedy?