An Ode to Bail Organa: Underrated Hero of the Star Wars Saga | The Mary Sue

An Ode to Bail Organa: Underrated Hero of the Star Wars Saga 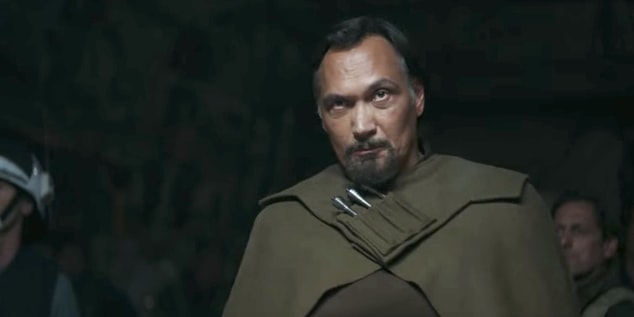 His Serene Highness, Prince Bail Prestor Organa, First Chairman and Viceroy of Alderaan, is the most important character in Star Wars.

“Bantha fodder!,” you might say. Bail Organa is barely in Star Wars. He’s not present (or even mentioned by name) in the original trilogy at all, except to be incinerated from a distance along with his entire planet of Alderaan. But his influence reverberates far and wide across the galaxy–in fact, you could say that he’s the Father of the Rebellion that went on to topple Emperor Palpatine in Return of the Jedi. His cameo in Rogue One solidifies his importance to the Star Wars saga while also perpetuating his image as a perennial background character. The man behind the curtain is, after all, often the key to everything.

Though it was a reformed Darth Vader who finally felled the Emperor (and Luke Skywalker, who got all the credit), Bail deserves credit for getting the ball rolling all those years ago, even before the immediate threat of the Empire existed. For every Holonet-ready hero like Luke Skywalker, Obi-Wan Kenobi or Leia Organa, there’s a strong and steady force like Bail Organa laying the groundwork and spreading the seeds of justice.

On Bail’s home planet of Alderaan, senatorial rule and monarchic rule were curiously intertwined. And so, despite the fact that Bail grew up a prince, he became a devoted public servant early on as well. Like Padmé Amidala, Bail took on the position of Galactic Senator after completing his term(s) as a monarch, and the two sharp-minded but kind-hearted politicians strike up a friendship immediately. The first we see of Bail Organa in the prequel trilogy is when he stands by Queen Amidala’s vote of “no confidence” in then-Chancellor Valorum in The Phantom Menace. (Of course, the real Padmé Amidala was acting as a handmaiden at the time, but Padmé’s stand-in was undoubtedly acting under her orders.)

Bail doesn’t get much screentime in Attack of the Clones either, which is a shame, because Jimmy Smits is a total boss. But his first brief appearance in the film is once again tied to Padmé, as he aids in the attempt to get to the bottom of an attack on her life. From a narrative standpoint, linking Padmé and Bail makes sense, because we know that Bail and his wife Breha will end up raising Padmé and Anakin Skywalker’s daughter in the lead-up to A New Hope. Padmé, then, is clearly modeled after future biological daughter Leia: women of action and ideals, moralistic but not naive, respected by peers and followers alike. Bail Organa, Padmé’s trusted friend and mentor, is the sturdy connecting tissue between these two fierce heroines.

He is also – if you’ll indulge me in bit of wordplay – the paradigmatic “ally” (see: The Rebel Alliance) in the modern, social justice sense of the word. He is an ally for the women in his life, for the oppressed beings he represents as a senator in the Galactic Republic as well as in the Galactic Empire.

The animated Clone Wars series did nearly as much for Bail as I believe it did for Padmé, taking a character shortchanged in the live-action prequels and fleshing out his political career and personal motivations in a way that the movies could not. Bail (played by esteemed voice actor Phil LaMarr) enjoys his share of action by leading supply run missions to aid war-torn planets. But his character is most intriguing when fighting battles on the Senate floor. Unlike the Jedi, Bail sees the ongoing conflict between the Confederacy of Independent Systems (aka Separatists) with clear eyes, fostering a growing suspicion of Supreme Chancellor Palpatine and entertaining a healthy skepticism towards the war effort, as evidenced by the Clone Wars episode “Pursuit of Peace.” 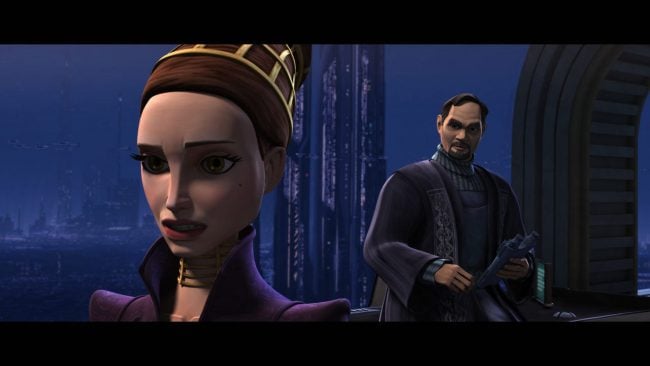 While Bail enjoys a more prominent role in Revenge of the Sith, his most intriguing moments ended up on the cutting room floor. The deleted scenes from Revenge of the Sith depict secret meetings that take place between Bail, Padme, future Rebellion/New Republic leader Mon Mothma and several other senators as they discuss their concerns with Palpatine’s increasingly dictatorial rule. Despite their fear over the clouded future of the Republic, they are clear-headed and rational about their approach to change – something they believe must happen from within. As Mon Mothma wisely says: “We are not Separatists trying to leave the Republic – we are Loyalists, trying to preserve democracy in the Republic.” It is this ethos that sets the eventual Rebellion apart from mere anarchists.

Bail also serves as a connector between the Senate and the Jedi, having gained the respect and friendship of the Council. (Karen Miller’s Wild Space, though unfortunately retconned out of the current Star Wars canon, offers a fantastic exploration of the friendship that developed between Bail and Obi-Wan Kenobi over the course of a mission to a Sith planet.) Bail’s close relationship with both Padmé and Obi-Wan comes into play at the end of Revenge of the Sith, when he takes on the responsibility (okay, privilege) of raising Padmé’s newborn daughter as his own. The next time we see Leia – whether in Star Wars Rebels or A New Hope (or, dare I suggest, Rogue One??) – she is deeply involved with fighting for what is right amidst the darkness of Imperial oppression.

As the Republic crumbles and the Jedi are all but exterminated, Bail becomes a more important figure than ever. Despite his failure to preserve democracy, he doesn’t retreat in a self-imposed exile like Yoda (seriously, dude? Quasi-retirement to Dagobah?), nor does he immediately take up arms in violent and short-sighted protest. Instead, he retains his seat in the (now Imperial) Senate and publicly protests the Empire’s policies, while secretly building an alliance – the Rebel Alliance –  to fight the Empire on a larger scale. Bail acts as the ultimate politician and the ultimate spy.

And, also, the ultimate dad. In the recently released novel Ahsoka, Bail notes that young Princess Leia is “already a lot like her mother” – meaning Padmé Amidala – but she clearly becomes an altruistic protégé of the man who raised her as well. In a glorious twist of tropes, the princess is not coddled by her father, but sent out to make a difference based on the very ideals he raised her to pursue. Even as a teenager, Leia plays an integral role to the burgeoning Rebellion, devising a plan to secure the Rebels supplies in a season two episode of Star Wars Rebels. 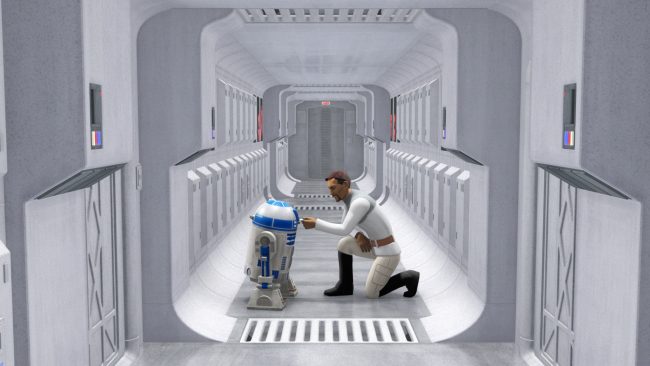 Fittingly, Bail Organa kicks off the Star Wars Rebels series, which takes place between Revenge of the Sith and A New Hope and charts the rise of the Rebel Alliance. He appears in the very first episode while gathering intel on the “Lothal rebels” – Kanan Jarrus, Hera Syndulla and the rest of the motley crew we’ve come to know and love. The aforementioned (and totally fabulous) Ahsoka, which bridges the title character’s narrative gap between The Clone Wars series and Rebels, features Bail in a brief yet prominent role as well, offering the details of his and Ahsoka’s partnership and giving us a glimpse at how Bail went about gathering and inspiring rebels in the early days of the Empire. When Ahsoka asks him how he knows where to look, he replies with one of my favorite lines in any Star Wars media: “I keep an eye out for acts of kindness in this new galaxy of ours. When there’s a concentration of them, I try to find out who is behind them, and then we have a talk.”

If Ahsoka and Rebels capture the initial spark of the Bail Organa-led Rebellion, A New Hope delivers its culmination and cements his legacy. In Princess Leia’s transmission to Obi-Wan Kenobi right before her capture by Darth Vader, she begs “General Kenobi” to help her father in “his struggle against the Empire” by passing along “information vital to the survival of the Rebellion.”

Of course, that information consists of the plans for the Imperial superweapon, the Death Star, and the retrieval of said plans is what Rogue One is all about. And lo, we have come full circle, and Bail scores one final victory against the oppressive Empire. Though he is killed when the Death Star blows up Alderaan, he certainly had a hand in planning the Death Star’s eventual destruction all along.