Healthcare is already hard enough for these two groups—why are they making it harder? 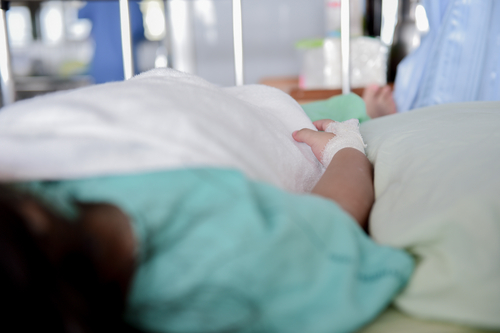 Hot on the heels of the news regarding Virginia’s HB1612 (their more dangerous version of North Carolina’s HB2), a judge in Texas made a move to outdo the both of them. U.S. District Judge Reed O’Connor just made a ruling which states that doctors are allowed to refuse care to transgender patients and/or patients who have previously had abortions. Of course, the ruling was made in the name of “religious freedom,” which apparently means you don’t have to do your job to save a life if you don’t like how your patient looks or lives. Sure, totally fair.

Judge O’Connor’s history of transphobic rulings is precisely why he was asked to oversee the case in Texas, at least according to Slate. Given the fact that Congress just moved to repeal Obamacare/the Affordable Care Act, it seems that healthcare in this country just got a whole lot scarcer for some of its most marginalized and vulnerable people.

One condition of the ACA—and one of the reasons many conservatives opposed it—was that it required doctors to not discriminate against patients based on their religious beliefs. Essentially, folks got mad at the fact that they had to save the lives and protect the health of people who just straight up don’t believe in the things they believe in. As well, O’Connor took the ruling just one step further, stating that insurance companies are unfairly burdened by having to add transgender individuals and women who have had abortions to their plans.

Notable about this case is the fact that O’Connor used the Religious Freedom Restoration Act, which you may remember was the same act used in the Hobby Lobby case. The thing is, we’re not talking about a toy store’s insurance paying for contraceptives here—we’re talking about people’s actual lives. It’s one thing to refuse to do your job on the grounds of feeling persecuted for your religious beliefs (which, let’s be honest, you’re not really, given the fact that you’ve got all the privileges of being the majority elsewhere), but it’s a completely different story when it comes to being a doctor and refusing to treat a patient. It’s a far, far cry, indeed.

Here’s the thing about healthcare for many transgender people in America: it’s already hard enough to bring up being trans to a doctor, as many of them aren’t trained in the kind of basic care required by trans people. Take hormone replacement therapy, for example: it’s not something every trans person undergoes, but it’s something a lot of us do. Even with the significant amount of people who undergo HRT, further research into the drug is barred by drug companies and clinical study researchers who don’t believe such expensive research would ultimately prove profitable. In short, HRT is stuck in a state of being “good enough” instead of being “as good as it can be.”

Medical knowledge around trans issues is severely, severely lacking. It’s only in the past year or so that research and education has begun in earnest about trans health at the doctor/patient treatment level. Anecdotally speaking, many trans people have stories of their doctors straight up asking them questions about what their treatment should be like—that’s not how the doctor/patient relationship should work.

What does this have to do with the Judge O’Connor’s ruling? He’s essentially made it acceptable for doctors to remain uneducated and ignorant of transgender health issues. In a not-so-small way, he’s set back public opinion about research into trans healthcare by about a few years. If the ruling sticks—and I sincerely hope it doesn’t—that timeframe is sure to grow with every new doctor who refuses treatment of a trans individual.

This is, of course, not to mention that doctors are also allowed to refuse treatment of people who have previously had an abortion. Given the fact that the imminent repeal of Obamacare/the ACA will undoubtedly take money out of Planned Parenthood, healthcare for people who can get pregnant in this country just got even more complicated.

This attack on the healthcare needs to stop, lest more and more lives become compromised for the strangely dissonant reasoning of “religious freedom.” Listen: if your “religious freedom” costs someone else their life, then I contend that maybe it’s not religious freedom you’re after at all. You’re just looking for legalized discrimination.