It's like HB2, but the school also has to out you to your parents. 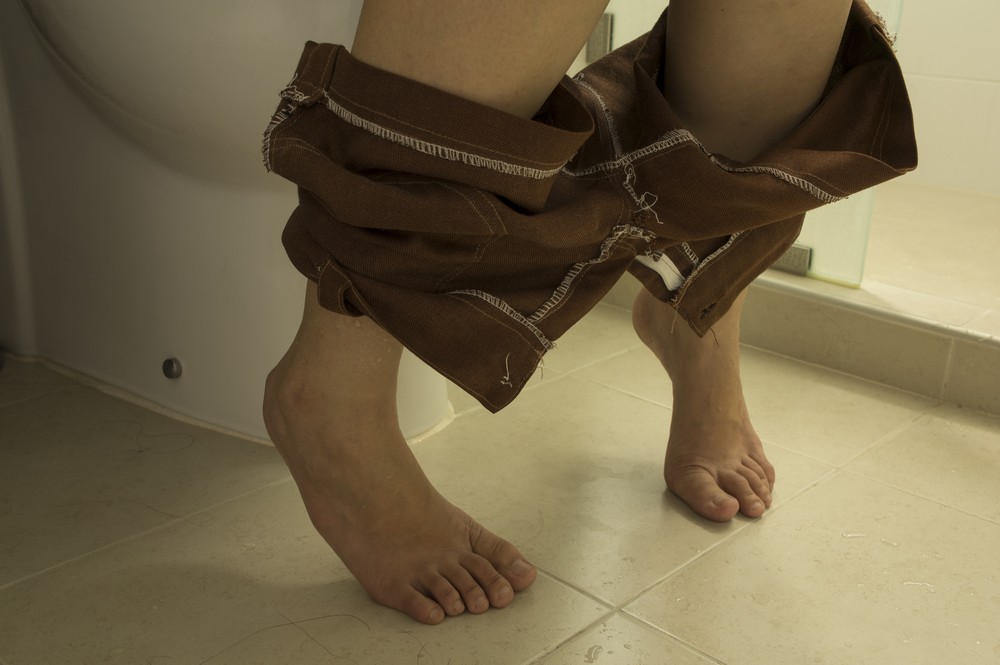 So, okay. You and I and all of us already know how terrible North Carolina’s HB2 “bathroom bill” is, right? You know, it’s that bill that prevents people from using the bathroom that matches their gender identity, forcing them to use the bathroom that aligns with their biological sex. Much has already been said about how awful this bill is for trans people of all ages, but apparently all of those things fell on deaf ears to the lawmakers in Virginia, who had a real “hold my beer” moment and somehow outdid North Carolina’s horrendous law.

Virigina’s HB1612 essentially states that people are only allowed to use the bathroom or changing facility that corresponds to the sex printed on their birth certificate. Of course, as one might expect, citizens in Virginia are not allowed to amend or change the sex listed on their birth certificate unless they are intersex or otherwise can get a doctor to attest to a similar condition. Basically, you’re out of luck.

But HB1612 goes a little further than HB2 in that it also includes a provision that requires school principals to out students who ask “to be recognized or treated as the opposite sex, to use a name or pronouns inconsistent with the child’s sex, or to use a restroom or changing facility designated for the opposite sex.” So, if a child confides in their teacher or guidance counselor or any school official and shares their potential desire to transition, that official is forced— by law—to report that child to their parents.

Given the fact that teenagers whose parents reject their gender identity are 13 times more likely to attempt suicide, it’s not hard to see that this bill will likely endanger more kids than it is purportedly trying to help. Taking the decision to come out to one’s parents out of somebody’s hands is a huge breach in privacy, as you force the decision to reject or accept the child’s gender identity at a time that, honestly, may not be the best for either party. It turns the examination of one’s gender into a hot iron brand, a scarlet letter on par with being infested with lice or being violent/a bully to other children. Being trans is an aspect of one’s identity, not a condition that deserves to be othered.

And make no mistake: this type of bill exists only to marginalize and otherwise punish children for wanting to explore their gender identity. It forces children deeper into the closet, not only risking their own lives, but the lives of the others around them who fear standing out due to reprisal. By attacking trans children—and this is an attack—lawmakers in Virginia are trying their hardest to silence the voices who would speak out against them later. It’s dirty, it’s wrong, and it’s about as backwards as a law can be.

What’s especially mind-boggling is that Virginia seems to not have seen what happened to North Carolina as a result of their passage of a similar bill. The bill cost the state millions of dollars in revenue after organizations like the NBA moved major events out of the state. Various musical acts have all pulled out of tour stops slated for the state, and they’ve entered into a real legal grey area around Title IX discriminations, which were recently expanded (by President Obama’s executive order) to include protection of gender identity.

Violation of Title IX carries with it a penalty of loss of federal funding, which would severely negatively impact education in the public schools within the state. Of course, this remains a grey area as most people expect President Obama’s executive order to be rescinded when President-elect Trump takes office in January.

As well, according to a study conducted by researchers at Nankai University in China, it seems that men are more concerned about who enters women’s bathrooms than the women are. Each and every bathroom bill is, in effect, another case of men trying to decide what is best for women without actually consulting the women themselves, who are almost always used as reasons to justify such horrifying laws. I don’t know about you, but I don’t particularly like being used, so lawmakers maybe need to knock it the hell off.

Still, these statistics and these very tangible losses by the state of North Carolina were apparently just not enough warning for Virginian lawmakers. But perhaps most of all, these losses are an order of magnitude less significant than the potential loss of life caused by outing should this law come to pass.

So I have to ask: just who are these bills really protecting?

For more on the action against this bill, head on over to Equality Virginia’s page to stay up-to-date on what’s coming up next.