What We Do in the Shadows Season 3: Uh, What Exactly Is a “Sex Rock”? 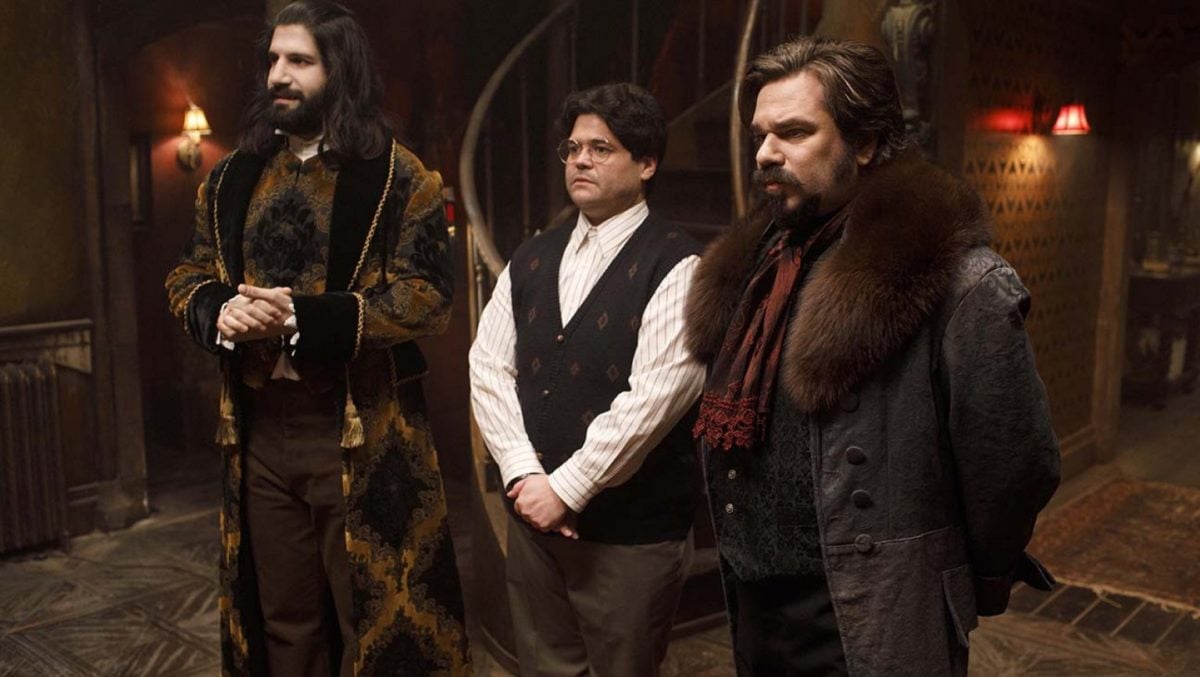 What We Do in the Shadows is one of the best comedies on television. What we learned throughout the first two seasons is that the Staten Island vampires are a little bit more of a mess than those we met in New Zealand in the movie that spawned the show, every actor who has played a vampire is actually a vampire in real life, and Guillermo is related to famed vampire hunter Van Helsing. So what could season 3 possibly hold for us?

In a new teaser for the third season, we get to watch as Colin, Nadja, Nandor, and Laszlo all give Guillermo things to take pictures of, including a sex rock, evil bucket, what looks like a blanket that Colin refuses to actually sell, a painting, and more! Who wouldn’t want to buy a random sex rock on eBay? That seems promising …

This teaser for any other show wouldn’t be enough, but for What We Do in the Shadows, it’s perfect. This show is nonsense in the best possible way. Every episode has them doing things like going to a “Superb Owl” party or preparing for a big vampire to come only for said vampire to die or just not show up, and it’s wonderful.

The teaser comes with the news that the third season will drop on FX on September 3, with a next-day drop on Hulu. So there’s no waiting for our vampires until later if we’re trying to catch up on Hulu, and good. With the premiere of Wellington Paranormal coming out, it’s right in time for all of us to get our vampire fix!

What We Do in the Shadows is always surprising, and there isn’t really any way to gauge what is going to happen next, but I do hope that we get to see more of the “celebrity” vampires out there. After watching the council decide the fate of our Staten Island faves, I just want more of them, and maybe this time Robert Pattinson will be available to show up and help. Or maybe Wesley Snipes will get a better wi-fi connection so they don’t have to waste time with his bad zoom meetings.

So season 3 of What We Do in the Shadows is gearing up to be as funny as the past two! I can’t wait to see what Nadja, Laszlo, Colin, and Nandor have in store for us, but at least we know that we can get a sex rock and an evil bucket on eBay for all our non-liquid, sexual needs.

What We Do In The Shadows