What Stephen King Misunderstands About Diversity in Art | The Mary Sue

What Stephen King Misunderstands About Diversity in Art 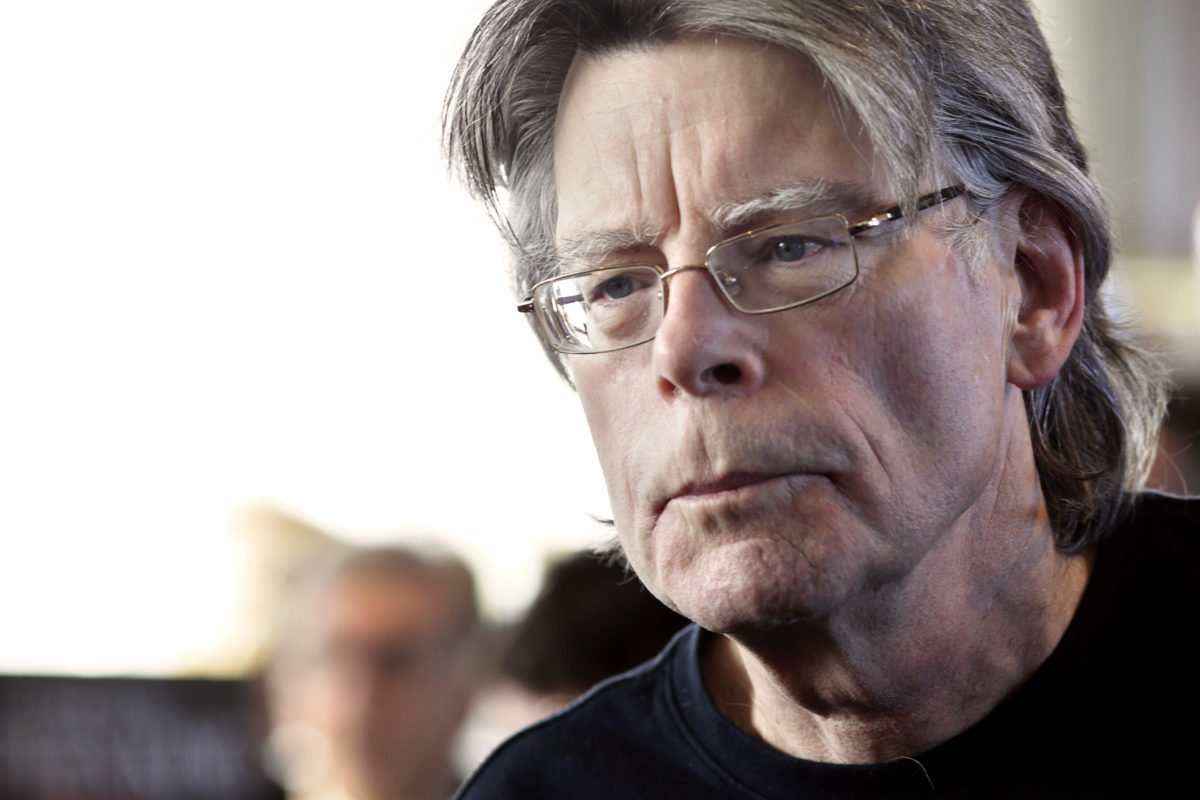 It seems like everyone on social media has opinions on the Oscars, and the general state of cinema, art, and the world right now. And that’s fine. That’s what Twitter is for, but sometimes people have … not great opinions, even cultural legends like writer Stephen King. And this proves that even legends can be wrong sometimes.

King stepped in it today as he waded into the discussion of the Oscars’ lack of diversity in, well, everything. We’ve already talked a lot about how disappointing it is that the Oscars don’t seem to care about women or diverse directors or being, you know, relevant at all to the actual world we live in. But the author of The Shining and It took things in a different direction.

As a writer, I am allowed to nominate in just 3 categories: Best Picture, Best Adapted Screenplay, and Best Original Screenplay. For me, the diversity issue–as it applies to individual actors and directors, anyway–did not come up. That said…

…I would never consider diversity in matters of art. Only quality. It seems to me that to do otherwise would be wrong.

Let’s talk about why this is wrong.

This is the epitome of white male privilege. Stephen King is used to creating and consuming stories for and about people like him: straight, white, cis men of means. That’s what privilege is: being allowed to move through life on the lowest difficulty setting and proceeding on the  (often correct) assumption that everything is about and for you.

It’s not just that the stories of privileged people get more airtime or attention, though. It’s the fact that these movies and books and shows for and about old, straight, white guys are deemed by society and culture—as exemplified by institutions like the Oscars—as more deserving and of higher “quality” than the stories of marginalized groups. This is why “quality” and “meritocracy” pop up so much in the language of privileged people: they are accustomed not just to art being about them, but they’re comfortable in a society that defines those privileged narratives as the height of “good” art.

Stephen King is very lucky that he gets to only think about “quality” in art. For him, a man for whom most art that gets funded and supported gets made, that’s easy. But it’s not so easy for those of us who don’t share that privilege. We can enjoy the movies that aren’t made for us—because of course movies about straight white men are the default human experience, right?—but we long to be the subject, and even the author, not just a viewer. When we see our own stories, that art can move us more and in turn, it can also be better art than what we assume to be “quality.”

Diversity makes art better. Telling unique, compelling, unexplored stories is essential to keeping art interesting, vital and relevant. Yes, we can return to the same well of white male suffering and get amazing work that’s worthy of praise, but there is so much work that we don’t see when we don’t support and look for diversity in art. We need to include diversity in our judgment or else we’ll never change what’s viewed as good.

By only looking at “quality,” people like Stephen King ignore so much. They unconsciously perpetuate the societal standards that define quality in a narrow and privileged way. Stephen King is not being racist or sexist by saying he doesn’t figure diversity into his measure of art’s quality, but he is strengthening the social constructs that keep marginalized people out on the fringes.

The most important thing we can do as artists and creative people is make sure everyone has the same fair shot, regardless of sex, color, or orientation. Right now such people are badly under-represented, and not only in the arts.

Again, the assumption that “everyone has the same shot” is a privileged point of view, because not everyone is starting from the same place. Society and culture are stacked against marginalized people’s success – be it women, people of color, gender diverse people, or queer people; or really anyone who is outside a very narrow norm. We rarely see our stories told and even more rarely do we get to be the ones telling them because it is so much easier for privileged people to get funding, attention, awards and success.

King is absolutely right when he says this:

You can’t win awards if you’re shut out of the game.

But getting people into the game means that privileged folk needs to make room, not just at the table, but in their viewpoints of what counts as quality art and what they should include in that calculus.

If a piece of art doesn’t include even a modicum of diversity nowadays, that art is failing and that’s a mark against its quality. The inability of a creator to value viewpoints and stories outside of their own experience is a failure. The perpetuation of straight, white, male violence and angst as the epitome of prestige is a failure of creativity and perception. It matters.

Making the world a better place, with better art that serves and represents all people takes work. It requires us all to examine our privilege and bias and look at art not just in terms of its quality, but how it succeeds or fails in terms of diversity. It’s only in taking these hard looks at what we value and what we award and acclaim that we will make the changes needed for everyone to have a fair chance in the game.

Stephen King should care about diversity in art, as should all academy voters, especially those privileged white men. It’s uncomfortable to examine your own bias and privilege, but it’s essential if we want better art and a more just world in the future.