Who thought any of this was okay? 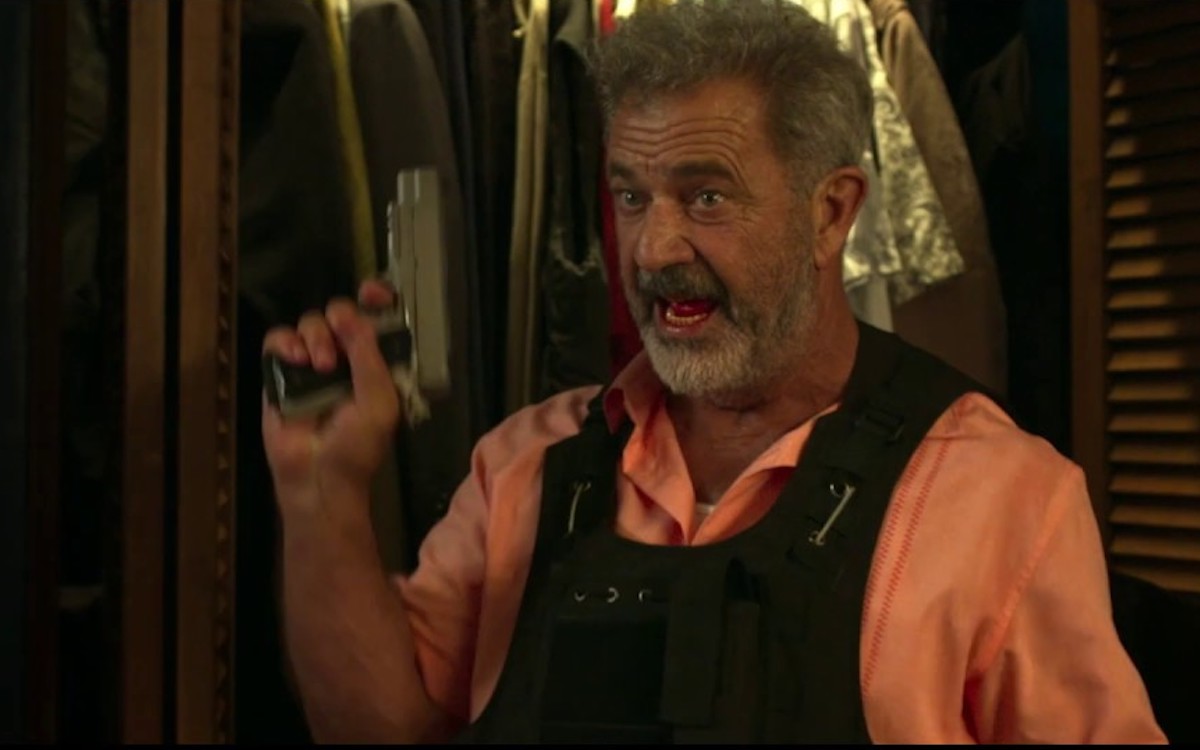 Force of Nature stars Mel Gibson (already a problem) and Emile Hirsch (also a problem!) alongside Kate Bosworth and Dexter’s David Zayas in a heist movie set during a Category 5 hurricane in Puerto Rico. Of those four lead actors, Zayas, the only one who is Puerto Rican, also looks to be the villain.

Here’s the official synopsis of what Lionsgate insists is “a perfect storm of action”:

As disgraced cop Cardillo (Emile Hirsch, Into the Wild) races to evacuate an apartment building, he comes across Dr. Troy (Kate Bosworth, Superman Returns) and her retired detective father, Ray (Mel Gibson, Braveheart). When a murderous gang of thieves arrives to rob a wealthy tenant, they must join forces to battle the criminals and escape with their lives before the entire city is deep underwater.

This movie looks like straight garbage. Even without the whitewashed casting and the vilification of Puerto Rican people and the cast’s inclusion of an alleged violent abuser and another with a loooong history of antisemitism and sexism looking to make a movie star comeback, the movie looks like any other generic middle-of-summer action thriller.

Except this movie does also have all of those other things, and on top of that, it uses a devastating catastrophe the left thousands of people dead as a mere backdrop for these white people’s shoot-out. (Technically, the movie doesn’t name the storm as being 2017’s Hurricane Maria but the comparison is obvious.)

They actually had the impudence to use “When it rains, it pours” as a cheeky catchphrase about a Category 5 hurricane just three years after Puerto Rico was devastated by Hurricane Maria, in a movie about a stubborn white man refusing to leave his home and then fending off a “murderous gang” of Puerto Ricans. This is the movie they thought people wanted to see right now? (Or ever?)

MEL GIBSON IS STARRING IN A MOVIE WHERE HE REFUSES TO EVACUATE HIS HOME IN PUERTO RICO THATS ABOUT TO BE HIT BY A CAT 5 HURRICANE?! WHAT IN THE CAUSACITY? WHOS IDEA WAS THIS?!?!?!!

lmao 3,000 Puerto Ricans died after Hurricane Maria but sure let’s make a D-list movie set during the storm where the gringos are the good guys and the bad drug guys are the islanders, truly fuck offffffffhttps://t.co/8Cv9YWTnhm

It’s outright disrespectful to the people who went through the traumatic experience that was Hurricane Maria, for Mel Gibson and any Hollywood company to come to Puerto Rico and make a movie where the islanders are the bad guys, and he and the white people are the good guys.