Love Isn’t an Open Door, It’s a Trap Door That Sends Women to the Shadow Realm 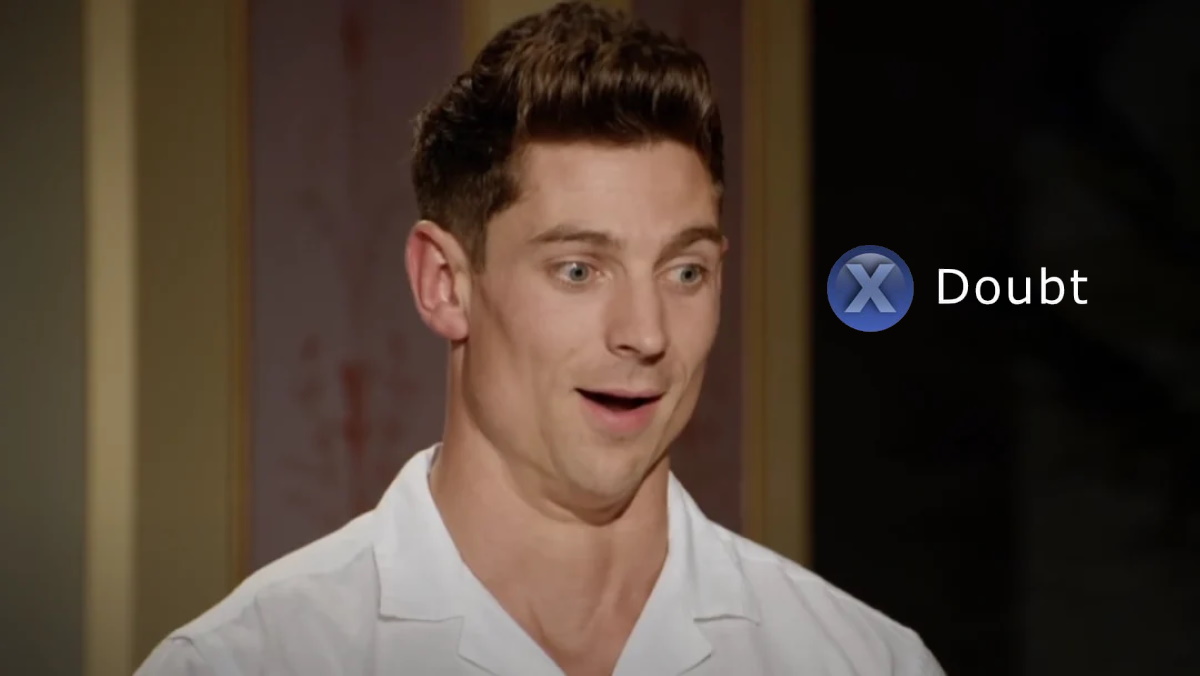 Fans of Netflix’s Too Hot to Handle will recognize bachelor of the day, David Birtwistle, who I guess has gone from making money by not having sex with beachfront hotties to trying to find true love … by dropping women through trap doors?!

A refresher in case you need a reminder of who David is (or if you’re new to his previous antics and are just here because there’s a viral clip going around of a woman falling through a trap door on a dating show):

What the heck is The Love Trap?

The “trap” in the title is both figurative and literal. The female contestants vying for David’s love might be love traps who are competing for money ($20,000 pounds) and not real, televised love that turns them into pseudo-celebrities if the reality TV stars align in their favor.

The love traps are already in relationships, but as a frequent watcher of garbage dating shows, I predict that the person David falls for is gonna be a love trap who catches feelings for him, leading to the woman having to decide if she wants to end her relationship in order to be with David.

After going on a series of dates, David picks three women who have his spider-senses tingling because he feels they might be love traps. The three women get one more chance to plead their case, and whoever David picks as being the love trap leaves the house.

Through a trap door.

you must see the end of the ep of this new dating show where the guy picks which woman is already in a relationship pic.twitter.com/TVBFVGTRAz

It’s okay, she’s not dead. She didn’t fall into a pit with a Rancor or anything like that.

Also? She was a love trap. David never gets to find out but we, the viewing audience, do.

she is alive and she was a LOVE TRAP (also the name of the show) pic.twitter.com/Qvjb7F2cyl

Yes, it turns out this woman and her boyfriend came up with the idea of her going on the show so they could get the money and get their own place together. Now she has to go back and tell him that she was the first one eliminated.

Cue sad trombone music as they attempt to figure out a new way to achieve financial stability.

Needless to say, the Twitter reactions have been pure gold.

I had to do it and I will not apologize pic.twitter.com/qpzAC9Y1fE

I have seen some wild dating show premises over the years, but I truly wasn’t prepared to see a clip of a woman falling down a pit because Too Hot to Handle’s David used his dating detective skills to figure out that she was lying about her intentions.

This really is gonna bring the eliminated contestant game to new heights. Are these women just falling through an empty abyss? Is it a slide like when you do the initial plunge down a water slide? Is there a ball pit at the end of the tunnel?

Who greenlit this so I can thank them for making me laugh for a solid five minutes when I first saw that ridiculous clip on Twitter.