Order Of The Phoenix, mount up pic.twitter.com/ZWrZ8M0lAy

For a majority of the nation — and, as Dan reminded us earlier, a majority of the people in this country did vote for Clinton — a big question that they have is, What can we do now? There’s a general sense of wanting to do something. Of course, much of it comes from people with something to lose in the coming administration: women, racial/ethnic/religious minorities, LGBTQIA people, the disabled and those who are not neurotypical. However, a lot of it comes from those Americans who are white, straight, cis, and able-bodied, allies who don’t want our hard-won progress to go backward.

For those people specifically, you might start by taking a cue from Jessica’s playbook and reaching out to anyone you know who might have it a bit worse than you today. If you’re a man, check in with the women in your life, and let them know that you plan on continuing to fight by their sides. If you’re straight and/or cis, reach out to the LGBTQIA people in your life and let them know the same.

Up Your Politics Game

Something I plan on doing is using this as motivation to up my political activism game. Now is not the time to give in to apathy. Now is the time to keep tabs on our local politicians to make sure they’re doing what you want them to be doing. And more than that, actually reaching out to their offices (they all have websites with phone/email/snail mail contact information) not only when there’s something you wanna yell at them about, but also to write in praise of something awesome they’ve supported that’s important to you! Find your representative in the House here, or your senators here.

Keep up with these people throughout the year so that, when elections roll around, you’ll be informed about what’s going on and who’s actually standing up for you in office. Vote in every election, and if you worry about having to go to polls or stand in lines, take some time right now to look into whether or not you can apply for a mail-in ballot or if your state offers early voting. There are several ways you can participate in voting. Register, then find out which way is right for you! 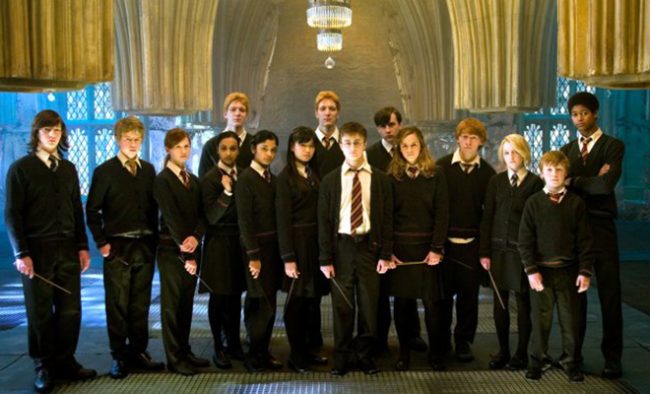 Up Your Activism Game

When candidates who aren’t as concerned with social issues win elections, it always reminds me that we don’t necessarily need to rely on government for certain kinds of help. Granted, it’s government’s job to help and protect its people, and we should always hold government accountable for doing or not doing its job. However, there are other ways to ensure that the populations or issues we care about get the attention they deserve somewhere else.

For example, if there’s a specific issue that matters to you, chances are there are organizations already doing the work of fighting the fight. For example, as Charline told us, Planned Parenthood is not going anywhere, regardless of whether or not the government decides to pull its funding. If all women having access to affordable/free health care is something that matters to you, by all means, donate to PP or volunteer your time to ensure that their work continues.

Are you concerned about LGBTQIA rights and access to resources? Many cities have some sort of LGBTQIA center that provides services and advocacy to their local communities. The LGBT Center of Los Angeles is the largest such organization in the country, and LGBTQIA people from neighboring states come to L.A. specifically for The Center. They could always use your support, but definitely seek out similar places locally. And don’t just offer donations or volunteering hours, but if you’re a member of that community, stay active in your local center, and bring them your needs.

For example, when Jessica posted her article earlier about trans people in America, someone reached out to us via Twitter to ask “Is there any sort of fund to assist trans people in getting passports?” I didn’t know of any, but I’m sure there will be, and the thing is, this is something that you can do if this is an issue that matters to you. If there isn’t a fund like this where you are, help start one. Call your local LGBTQIA center or group and ask them what options they provide. If they don’t have a dedicated fund like this, ask what it would take to start one, and let them know that you’re a member of the community and that this is a need you’re expressing.

There are organizations devoted to just about every social justice cause you can think of, and they all need financial and human resources. Jezebel provides a great list of “Pro-Women, Pro-Immigrant, Pro-Earth, Anti-Bigotry Organizations That Need Your Support.” Check it out, and contact the ones that are the most relevant to your needs and interests. Donate. Volunteer. Brainstorm new ideas based on needs with which you’re familiar.

Right now, there’s one issue right now that is, as the New Republic refers to it, “a symbol of America’s casual racism and endless money-worship…the perfect opportunity to write a new chapter.” The situation at Standing Rock, North Dakota.

As you may have heard, right now a company called Energy Transfer Partners is building the Dakota Access Pipeline right through land that is sacred to the Sioux. Native Americans have been protesting for months, and right now, the DAP has yet to go through the sacred sites. But the US Government needs to know that Americans want to protect the land, and not cave to the demands of oil companies and their contractors. There is going to be a #NoDAPL National Day of Action on November 15th, so you can participate at an Army Corps Engineers headquarters near you. You can also keep up with ways you can best help and get involved at StandWithStandingRock.net. Let’s end 2016 actually stopping a racist injustice before it happens.

Bottom line, there’s still so much we can do, both to demand accountability from our government, and to fill in the gaps our government won’t. We can hold our government accountable. We can fight. We can love and take care of each other. We can still have hope.

If it can be said that there’s a silver lining to this dark cloud at all, it’s that these election results will likely inspire more activism and political awareness, and there will likely be so much awesome art created in the next four years.