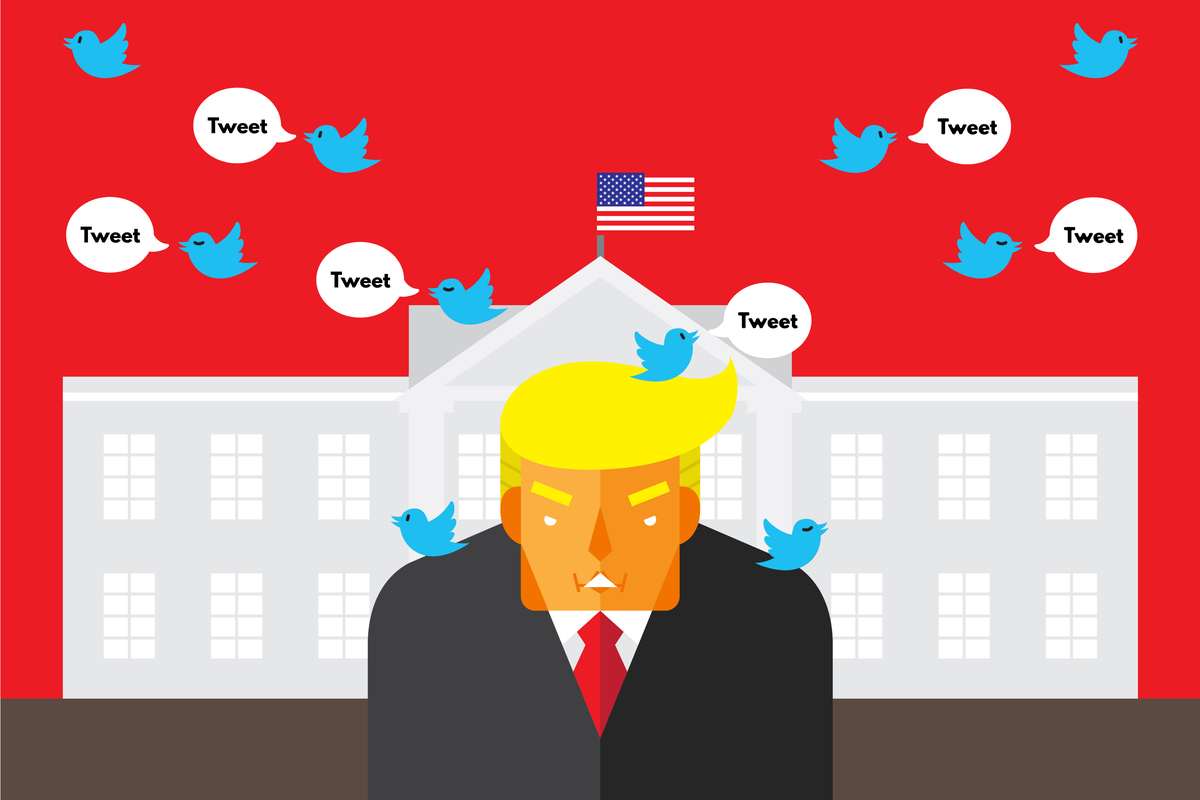 Much to the embarrassment of his staff, the American people, and pretty much every human alive, Donald Trump refuses to stop using Twitter. Whether it’s middle-of-the-night rants or retweeting white supremacist memes, Trump’s relationship with Twitter is troubling as well as just plain exhausting.

You may have noticed that for all he uses the platform, the man only follows 43 accounts. So what does Trump see when he opens the app? CNN has put together a list of all the accounts that would appear in his feed. They include the members of his family, a bunch of Trump Organization hotels and other businesses, about a dozen media outlets and commentators (mostly Fox News and other right-wing outlets, but NBC and MSNBC hosts are also in the mix), and a handful of friends and supporters. He also follows a number of his staff, although not Sean Spicer, which feels like a burn. 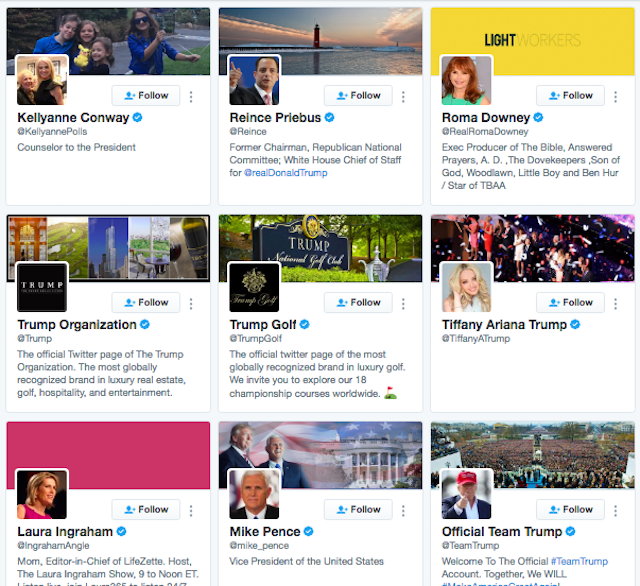 CNN created a list you can follow if for whatever reason you want to try to get inside Donald Trump’s head. That’s a scary thought, but it is tempting to try to find some insight here, some clue as to where his unhinged screeds come from.

Although, as our own Keisha Hatchett so perfectly quoted, trying to find meaning in Trump’s Twitter feed is…

The biggest takeaway from scrolling through Trump’s feed is that it’s… How do I put this? Really super boring. As I’ve been watching it, there are a lot of tepid news headlines (most of which are about Trump, which must be a heck of an ego boost), pictures of Trump hotels, and Piers Morgan shooting off football scores. Like I said, just so very boring.

So what is Trump’s relationship with Twitter? He can’t really spend much time looking at his feed. He spends far too much time on the app, letting it influence his entire worldview, to be limited to 43 accounts. We know he has a proclivity to retweet supporters, any supporters, even accounts of white supremacists and actual teenagers. Pretty much anyone praising him is a candidate for retweeting.

Does that mean Trump’s time on Twitter is spent looking at his mentions? Because honestly, that would explain why he’s so angry all of the time.

Whatever fills Trump’s phone, it’s obvious that he doesn’t use the platform for conversation. The closest he comes to a discussion is to respond aggressively to praise or attacks, but he doesn’t respond to responses. His rants are unilateral. I don’t think it’s overreaching, either, to see parallels between his one-sided, heavily defensive dictator-esque Twitter style and the way he does pretty much anything. Like, for instance, being President.