What Do We Expect From The Magicians Season Five?

After a brief teaser last month, The Magicians is back with a full trailer for season five and it looks pretty epic. It’s great to see most of the gang back and especially to have Eliot (Hale Appleman) back as himself, but it’s still a bittersweet return for the story and audiences, as it goes on in the absence of Quentin Coldwater (Jason Ralph). Still, there’s a lot I’m excited for.

As we expected, magic isn’t just back after Quintin died saving the world from The Monster and his sister and taking down the Library’s control of magic in the process, there’s now too much magic. This is an interesting conceit for a show that has been, for the past three seasons, occupied by the problems of not enough magic, no magic, and magic that was regulated by a central authority.

The Magicians is a very metaphorical show and one of those key metaphors has been about capitalism and class, as signified through magic. Magicians hoard magic and knowledge, expel other magic users from their ranks to live on the fringes, and even kill and enslave other species, like the Fairies, to steal their magic. It’s going to be interesting to see where the show goes with a world where there’s suddenly a surplus of resources and how those who were used to being the only ones with power will handle that. 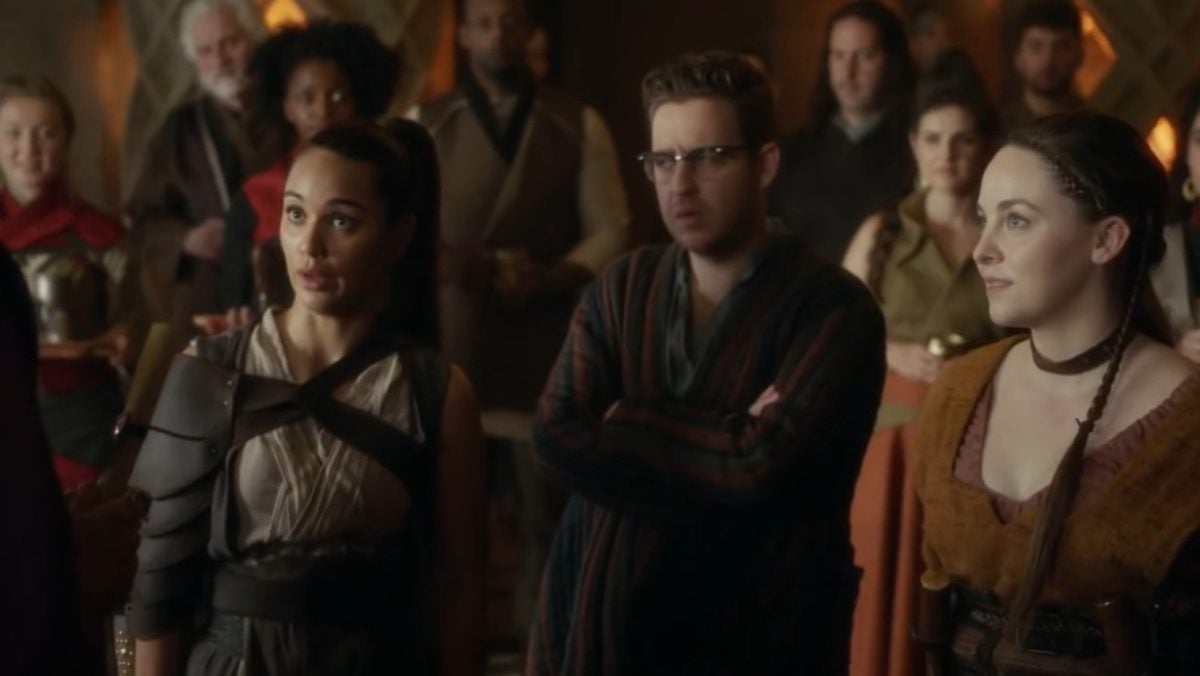 That’s always been a tricky metaphor to track into the magical land of Fillory, where things are far more fantastical but they also make a lot of points about authoritarianism and democracy. It looks from the trailer that we’ll see a lot the Narnia-for-grown-ups this season, including the return of Josh (Trevor Einhorn), The Fresh Prince and Fen (Brittany Curran). Josh and Fen have emerged as two of my favorites on the show over recent seasons and I can’t wait to see where they go and why Fen is fighting with Margo (Summer Bishil).

But it’s not all axes and clit jokes. The Magicians is also a show about grief, trauma and pain and how even Magic can’t solve that. This season will obviously deal very directly with that in the shadow of Quentin’s death and it doesn’t look like it will be easy for anyone to move on, especially the two people Quentin loved: Eliot and Alice (Olivia Taylor Dudley). It looks like they’ll be mourning Q together and I’m sure it will rip fans hearts out. 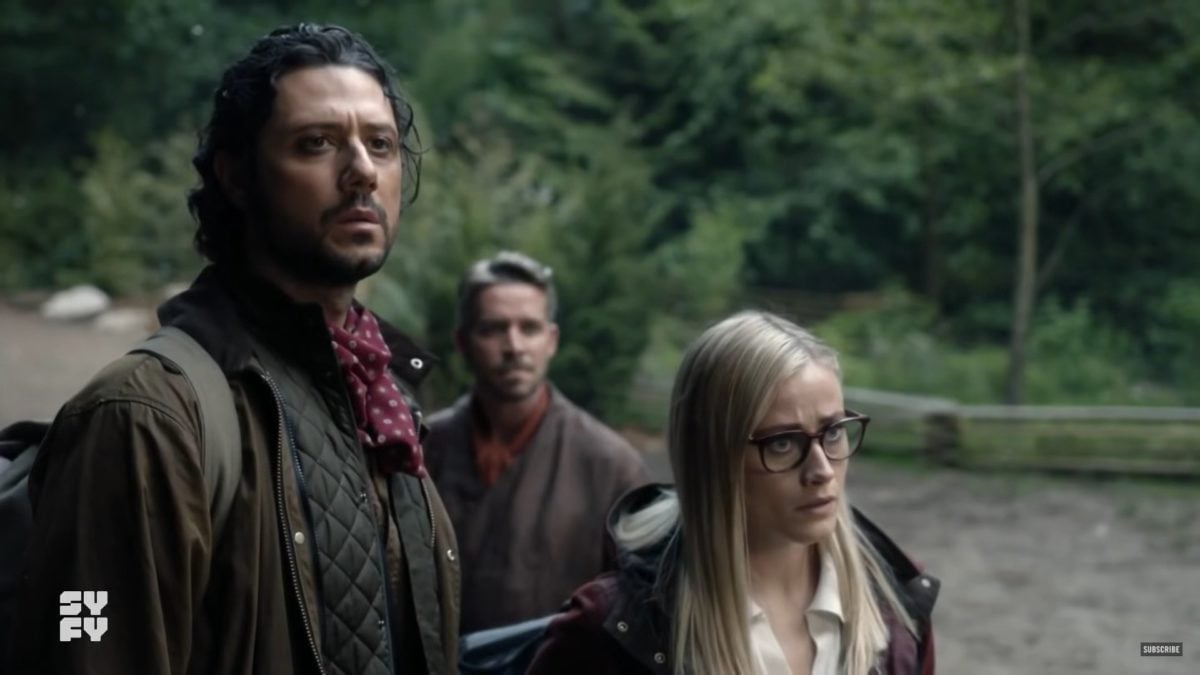 That is of course if the fans are still watching. Since Quentin’s shocking death last year, a segment of Magicians fans have continued to express deep anger and a sense of betrayal towards the show and the writers after Quentin’s death. Just look at the replies to anything the Magicians or their writers tweet. Fans are still furious at what they saw as a suicide by a queer character and queerbaiting by the show.

But that’s not accurate in either respect, in my opinion. In the finale, Quentin explicitly addresses the idea that he killed himself and it was refuted. He died saving the people he loves and the world, and it was a powerful, meaningful death that the show obviously will not be moving on from any time soon. Quentin’s death will be the event that will propel many journeys this season, including Julia’s (Stella Maeve) and it fits into a show that’s very much about loss and suffering and what we make that into.

As to the accusation of queerbaiting, that term only applies to when writers and producers never explicitly make their character queer, despite loading in lots of subtext. That wasn’t the case here: Quentin was explicitly not straight, and though his love story with Eliot didn’t have a happy ending, it still happened and it still mattered. And it will continue to matter.

I’m not sure if a season that lingers on the grief over Quentin will satisfy those fans, but nothing can satisfy everyone. From this trailer, it looks for sure like we’ll be getting the whimsy and absurdity mixed with adult themes and meta humor that’s always made The Magicians such a great show to watch, as well as the excellent ensemble that can hold it’s own without Quentin to center it around the story of a typical white guy hero. I hope this season continues to tell the other stories that are also so fascinating, and I think it will.