And imagine what it's like for female minority writers! 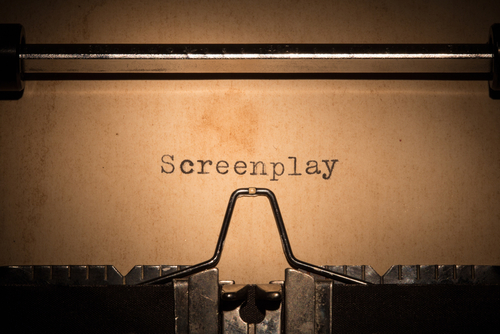 For all the talk about diversity in Hollywood, it’s clear we have a long way to go. The Writers Guild of America recently released a study they did examining data from 2009-2014. This data basically highlights the fact that not only have things not improved over time, but in some instances, the situation has gotten worse.

The report is called “Renaissance in Reverse?” and what it says about female and minority writers is pretty disheartening, even in the areas in which opportunities or pay have “improved.”

For female writers, things seem to have gotten moderately better on television than in film. In television, writing jobs held by women went up from 27% to 29% (two whole points! yay!) since the last report like this. The wage gap has also closed a little more, with female writers making 93 cents to a man’s dollar (though the question still remains…why does there need to be a discrepancy at all? Is masculinity worth seven cents?) However, what’s frustrating is that this is after you factor in the fact that men have also been employed more over this time period due to increased television production.

Actually, the increase in female employment in television overall went up 41.7% between 2008 and 2014 (from 828 to 1173 writers), while male writers only went up 33.5% (from 2181 to 2912 writers) in that time. However, because there were already more men than women doing work in TV to begin with, the percentage of women’s growth in the industry gets bumped down. As of 2014, female television writers are underrepresented a little under 2 to 1.

For female writers of film, the stats are even bleaker. Female employment for writers in film also went up two points, but that only brings them up to 17% of the writers in Hollywood. What sucks is that for female film writers, the wage gap has increased, with their pay going down about nine cents. They now make 68 cents to a man’s dollar. This is in spite of a 5.5% increase in film earnings for women writers between 2008 and 2014, because if women are getting more, that usually means that their male counterparts are getting even more. As of 2014, female film writers are underrepresented 3 to 1.

Things are worse for minority writers in that there’s been very little change. Things have remained stagnant in television, while things have gotten slightly worse in film, as is the case for women. (What is the deal with the film industry, yo? And we wonder why #OscarsSoWhite has become such a big deal? It’s because it’s indicative of jobs held and money earned, that’s why!)

Minority employment in television has held steady at 13% of all writing jobs. Minority writers earn 80 cents to every white man’s dollar, and are underrepresented among television writers 5 to 1.

In film, things are, again, worse. Employment opportunities for minority writers in film actually went up a percentage point…to 7% of all film writing jobs. Yowza. The pay gap narrowed slightly in film, as minority writers now earn 61 cents on the dollar, compared to 51 cents in the last report. Yay?

BUT WHAT ABOUT FEMALE WRITERS OF COLOR?

While this study identifies numbers for “women writers” and numbers for “minority writers,” and even has another section entirely devoted to stats by age, there’s no information dealing with the places where any of those categories might overlap. As a Latina who wants to write for television and film, I want to know which set of numbers apply to me. Am I competing for a job slot in the 29% of jobs, or in the 13% of jobs? Will I be making 93 cents to a white man’s dollar, or 80? Or something in between? Lower?

Just looking at the television numbers as they are now, I tried to figure it out…

Men have 73% of the jobs, women have 29%, and “minorities” have 13%. I can’t be sure if the 29% includes women of color, or if the 13% includes women. Assuming that each includes both, let’s look at the minority number first. Let’s say half of the 13% of the minorities with TV writing jobs are women (which is unlikely, but I’m feeling generous today), that means 6% of all TV writers are women of color. So when you read the stat that “women” have 29% of the writing jobs, white women account for 23% and women of color for the other 6%. I’m not even going to try and break down how that 6% of women breaks down among racial and ethnic groups, but it doesn’t exactly leave much for any particular group among women of color.

Three percent. Three percent of films are written by women of color. And that’s assuming that half the minority jobs slots are filled by women (not likely). And that’s not taking into account the myriad groups that qualify as “minorities” in Hollywood. That can mean anything from racial/ethnic minorities, to disabled writers, to LGBTQIA women. Meaning that it’s quite possible where a year or two (or many, or all) will go by when there are zero scripts by black women, or Latinas, or Asian women, or queer women, or disabled women, or trans women.

And yet Matt Damon was shocked that Effie Brown got so upset at him on Project Greenlight.

I’m glad that these studies exist, but they would be more beneficial if they had more practical information like this, examining intersectionality in addition to these basic categories. As a future member of the WGA, I’d like to know exactly what I’m in for as a female writer of color…which isn’t much at all, by the looks of it.

(via Women and Hollywood, image via Shutterstock)