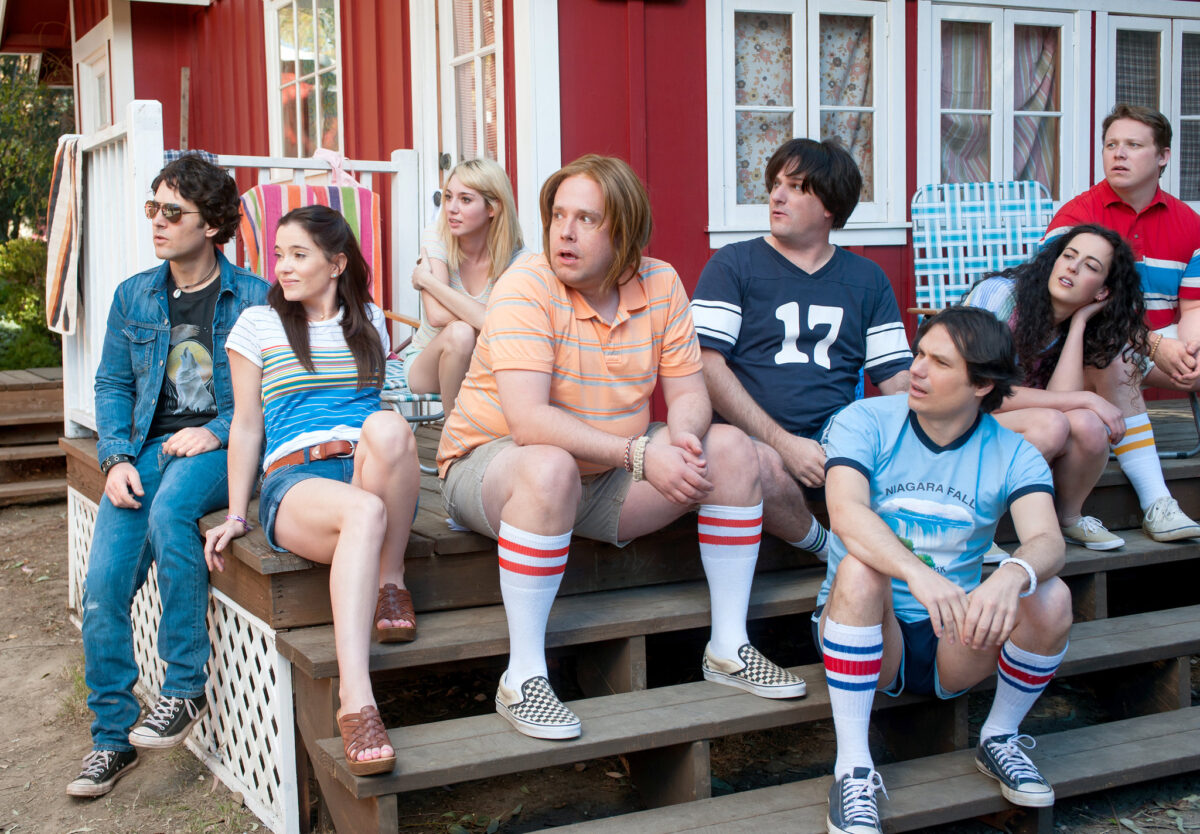 One of my favorite movies and television shows is Wet Hot American Summer, and the cast recently reunited to do a reading of select scenes from both the movie and the television series for a very good cause. It was glorious. It was also pure chaos.

The read-through event had more than 3,000 people donate, and each person donated roughly $62 dollars, which is a great thing for the Biden Victory Fund!

The editing was baffling, the cast came out with fun costume changes, and some were surprisingly in each other’s COVID bubble and were in each other’s houses? I loved so much of this???

Sure, everything was chaotic—as well it should be. One of the best parts about this series as a whole is that it doesn’t make sense. It’s a pure nonsense kind of comedy, and changing that to Zoom works so well because they’re all just messing around.

At one point, a scene with Gayle is missing, Molly Shannon is a mess, and later, when they skipped over Michael Showalter’s line, it descended into “let’s go back,” and Paul Rudd (who was not even in the scene) put his camera on and called back to the Gayle mess.

But I honestly wouldn’t want it any other way.

Why Wet Hot American Summer works is because it’s making fun of the American camp experience, which is a highly relatable topic for many. It’s also mocking those summer movies that glorify camp life, and the jokes just continue to work. Watching this cast (who had some of the biggest names out there prior to their more famous properties) come back to their characters despite being much older (a fun bit that has continued to carry on throughout all the Wet Hot properties), just hits. And of course, in these cursed times, it was fun to see some of our faves once again.

Some of the cast couldn’t be at the event, which led to Adam Scott returning to the role of Ben (like he did in Ten Years Later) instead of Bradley Cooper, which was just fine by me. He also played Amy Poehler’s Suzie at one point, and maybe I’d watch a one-man show of Adam Scott doing whatever he wanted?

Overall, the chaos and the pure zaniness of having everyone come back and try and figure out Zoom while clearly having fun with each other? It was oddly soothing.

The read-through was a treat for longtime fans and benefited a great cause, and it was also an excellent look into why this show and film is so fun. It’s a bunch of too-old actors playing teenagers at summer camp and also fighting off the evil government and there’s also some toxic waste that turns H. Jon Benjamin into a can, but isn’t that just a regular old day at Camp Firewood? “We met with the Biden campaign and the Trump campaign,” director David Wain joked.

If you want to watch the entire event, it’s going to be up online and free for the next few hours, and it is definitely worth your time. Plus then we can all sing “Higher and Higher” (performed by Eric the Rocker aka CHRIS PINE) together.