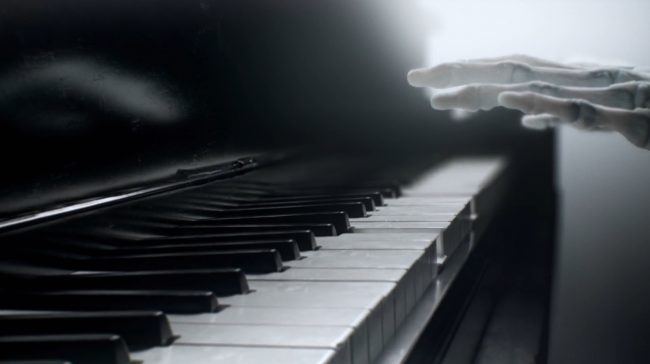 It feels like every time someone brings up the Westworld season finale, more and more questions come up. Every other day there’s a new theory or some strange revelation about an important object and no one really knows what to make of it.

As we wait for season 2 to give us some answers (or more questions), you can grab the soundtrack on iTunes or stream them on Spotify. The piano is both a storytelling device and a metaphor that Ford brings up a couple times. Whenever I rewatch an episode, I feel like I see something new–so maybe you’ll come to some new revelations from obsessively listening to the soundtrack!

The mix of both classical and contemporary music on the show has received a lot of praise from viewers. Composer Ramin Djawad has referred to the covers as a “subtle reminder that, ‘Wait, there is something not right. This is not real.’ It’s just such a powerful tool that only music can do.” The album is embedded below:

A handful of songs were released halfway through the season, but now we have the whole thing! I think the cover of Amy Winehouse’s “Back to Black” might be my favorite, mainly because of the amazing Maeve scene it accompanies. What’s your favorite cover?

(via Slash Film)
Want more stories like this? Become a subscriber and support the site!