West Side Story Is a Vibrant, Joyful Revival of the Classic Musical 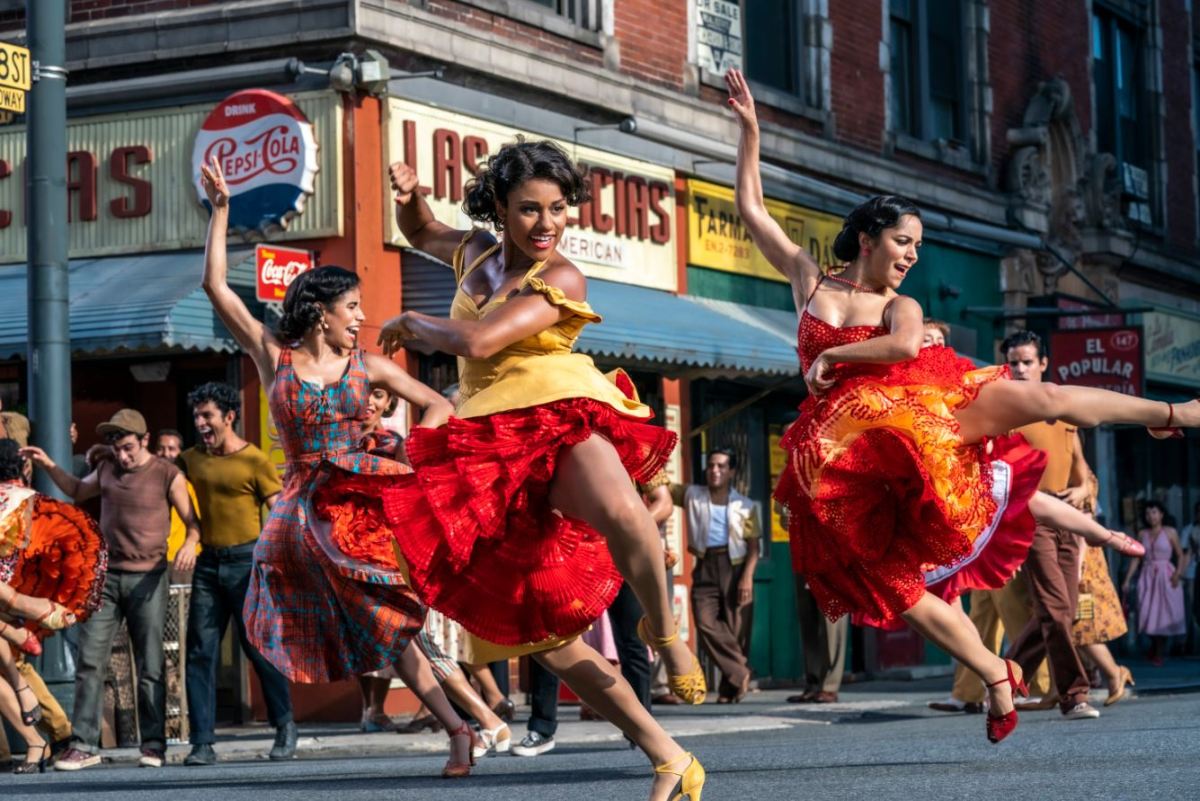 Few American musicals enjoy the longevity and popularity of West Side Story. Composer Leonard Bernstein and lyricist Stephen Sondheim’s musical adaptation of Shakespeare’s Romeo and Juliet was a smash hit when it opened on Broadway in 1957. The musical’s success was rivaled only by the 1961 film adaptation, which won 10 Academy awards, including Best Picture. So when Steven Spielberg announced that he was remaking the iconic musical, many wondered how a new entry could possibly rival the original film.

But while the original is a classic, it bears the cultural insensitivity and racism of its era, with the very white Natalie Wood as Puerto Rican immigrant Maria and Greek actor George Chakiris playing her brother, Sharks leader Bernardo. Rita Moreno, who played Anita, was one of the few Latinx actors in the large ensemble, and the only one with a prominent supporting role.

Spielberg corrects this with a Latinx cast playing Latinx roles, the first in a series of seamless choices that make his West Side Story both timeless and contemporary. With a lean script by Tony Kushner (Angels in America), the film still addresses racism, juvenile delinquency, and police abusing their power, themes that remain as depressingly relevant as ever.

It also weaves in the gentrification of New York City, where Robert Moses’s “slum clearance” policy knocked down tenement homes of San Juan Hill to make way for the shiny new Lincoln Center. This not only allows for dynamic production design and performances amidst the rubble, but it adds an extra layer of sadness to the battle between Puerto Rican gang the Sharks and their white rivals, the Jets. Both sides are engaged in such a vicious turf war that they can’t even see that the streets they’re fighting for are rapidly disappearing under their feet.

It’s here, amid San Juan Hill’s crumbling past, that reformed Jet Tony (Ansel Elgort) meets Puerto Rican teen Maria (Rachel Zegler in a star-making role). It’s love at first sight, and both actors display plenty of chemistry and wistfulness to carry the romance. Spielberg also avoids the pitfalls of most modern musical adaptations, which cast people who can’t sing or dance in roles requiring them to excel at both.

Luckily, Elgort and Zegler are more than up to the task, and they’re aided by scene-stealing performances by Ariana DeBose as Anita and David Alvarez as Bernardo. DeBose simply dominates every scene she’s in, bringing kinetic energy and depth to Anita. Rita Moreno, who played the role in the original film, returns as Valentina the pharmacist, in one of Kushner’s many clever reworkings of the script. Another welcome update is the characterization of the queer-coded Anybodys, who is played by non-binary actor Iris Menas.

Spielberg digs deeper into the themes of the piece, positioning the Puerto Ricans’ upward mobility and ambition against the slacker entitlement of the Jets, who Lieutenant Schrank (Corey Stoll) describes as “the last of the can’t-make-it Caucasians.” White grievance is nothing new. Jets leader Riff (Mike Faist) leans into this description, with all the recklessness and nihilism of someone with nothing to lose.

Spielberg’s adaptation is awash in lush colors, gliding camera moves, and spectacular production design that match the energy and pathos of the material. The cinematography and editing allow the choreography and performances to take center stage, with no distracting cuts or workarounds (another benefit of hiring people who can really perform).

The experience as a whole is thrilling, propulsive, and epic in scope. In many ways, West Side Story surpasses the original film and will likely become a beloved classic for generations to come. It’s also a celebration of the moviegoing experience and is well worth watching on the big screen. Films like West Side Story are why we go to the movies in the first place.