Just Let This Sink In: Wesley Snipes Wants a Blade 4 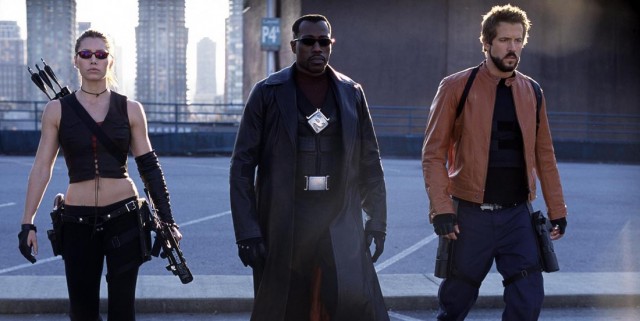 Apparently Wesley Snipes wants to make a Blade 4. In an interview with the Huffington Post, he said that he’s interested and he’s fit, but the ball is completely in Marvel’s court (as it so often is).

There’s always a possibility, you know. It’s in Marvel’s hands. They’re controlling the pace and the flow with that. Conversations have been good. They see the value in it. We see the value in it. I’m still in shape enough and fit enough to handle the role. We’ll see how it goes. I don’t really know what’s going to happen to it yet.

A not so small part of me is hoping that it does happen, but that same small part is attached to the idea that it might reclaim some of the glory of the first Blade–that nostalgic, wishful thinking part of me. Another interesting thought is that with the recent Blade “reboot” featuring Blade’s daughter, it could stand to reason that we might see a movie that features her.

Tell us, though: what do you folks think about it? Would you want to check out another Blade sequel?