We Pay All of Our Contributors, but We Need Your Help to Keep It Up

In the name of Transparency, I'll talk to you! 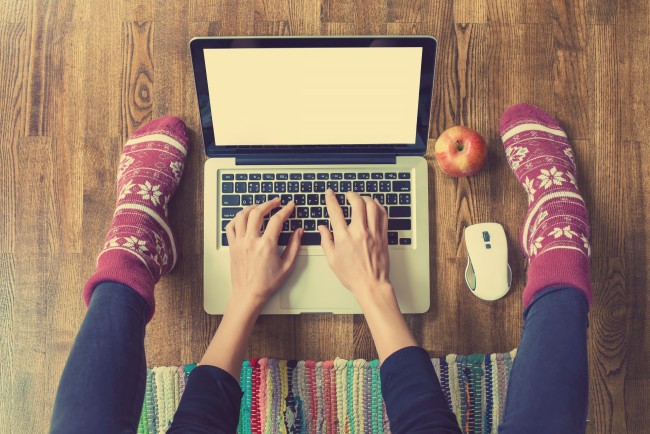 [Editor’s note: This post was originally published on July 8, 2016 … but we still need your support!]

At the risk of sounding like an infomercial huckster, I’m not just an editor and ridiculously good-looking video personality here at The Mary Sue dot com—I’m also a contributor. When I’m done poking words, Tweeting tweets, and dying in video games for you all each day, I hang up my TMS hat (it’s a pink sun bonnet because summer) and get to work freelancing. It’s how I’ve made my money since last year, around the time my first TMS article went up. It was a much different time in my life: I used “he” pronouns (gross), watched Gotham (super gross), and although I’d dabbled in freelancing for several years, I was only starting to realize that I needed to start making better money if I was going to keep the power on.

That realization hit me shortly after our glorious editor Carolyn emailed me to say she loved my pitch, but couldn’t offer monetary compensation. Would that be okay? Thirsty for a byline and driven by a personal love for TMS, I said yes. The article did pretty well, but I couldn’t bring myself to pitch again and work for free. Luckily, I managed to land a sweet gig running TMS’s social media for a while (as many of you who follow us on Tumblr know). As is the case for the rest of the TMS staff, the pay wasn’t what you might call grand—but that wasn’t why I’d applied, as it hadn’t been my reason for writing that article. I just wanted to be part of one of my favorite sites. Freelancing elsewhere would help fill in the gaps.

Flash forward to today, then: After telling people on Facebook “no, my name is not Mary Sue” for over a year, I’ve been handed our talented roster of contributors to manage. I’ve always been more comfortable in the editorial department than publicity, to be frank, and getting the chance as TMS’s new Contributor Coordinator to work with freelancers like myself every day—to help them hone their craft and produce some of the best feminist content on the web—is nothing short of magical for me. 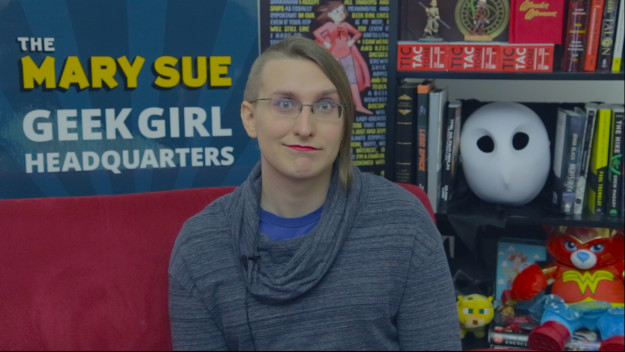 But here’s where we start getting real, kids. My biggest fear going into this new position was that I’d have to send out an email like the one Carolyn sent me last year, asking someone whose work I respected and wanted to use if they’d be willing to work for free. That’s not something I feel—or will ever feel—comfortable doing, even though it seems to be depressingly normal for the digital economy. In the past, when people have visited our contributor page, they’ve been disappointed by this line: “Contributing to The Mary Sue is an unpaid position, although we are sometimes able to pay freelance writers who are assigned stories”—meaning that although some writers are paid, just as many (if not more) may not be.

I was disappointed when I read that, too, and became more so every time we Tweeted out a call for contributors that was met with completely understandable backlash from the freelance community. The reality was that we paid for almost everything, but “almost” left an ashy taste in my mouth. Things have been changing especially quickly since we began our new subscription model; the vast majority of contributors have been offered compensation at some level, and we’ve been working on expanding that with each successive week. In fact, it’s been in the cards long before this process began. But to be honest, it’s been slower than I’d like, both as a freelancer and the incoming department head.

This is all my longwinded way of saying something pretty simple, but which wouldn’t sound especially genuine without backstory: I get it. I really do. Freelancing as a writer can be hell, especially when major sites gloat about not paying their contributors and call it “citizen journalism.” (Looking at you, HuffPo.) That’s why I wanted to announce that, as of this post, The Mary Sue now pays all of its contributors. Starting today, every new pitch we green-light will be compensated. This has been a long time coming, and though I can’t give a retroactive check to everyone who contributed in the months and weeks before today, this is a commitment that I’m going to stand behind going forward.

That commitment, however, comes with a couple big caveats, and I want to be totally transparent about them both. First, if subscriptions don’t pick up, TMS may be forced to go back to the way things were. We’ve talked candidly in the past about how TMS isn’t profitable, and that has yet to change. Hundreds of you have shown your support by pledging five bucks a month to help the site get to where we need to be, but we’ve only scratched the surface of the amount of subscribers we need to make TMS sustainable. If the community support isn’t there, then we simply won’t be able to keep pouring this much money into the contributor budget.

Second, token payments will likely be the norm—at least, for now. I’ve got some financial wiggle room here, but to keep a diverse selection of writers producing thoughtful daily content for all of you, I’ll have to stretch those checks a bit thinner than before. Again, I’m no stranger to how not-ideal this is for freelancers who rely on robust checks to put food on their tables, but as we accumulate more subscribers, I’ll be able to raise rates and make things fairer. For now, I hope that these token payments will serve as a symbol of our commitment to our writers.

Carolyn has been handling contributors in addition to helping run the site for a while now, and although she’s done great work in making things better for our contributors, we agree that there’s still a lot of work to be done. This is the first step, and though it’s not a huge one, it’s one that I believe will lead us down a path that makes TMS stronger. I hope you’ll walk with us.