This is the wholesome dad joke content the world needs. 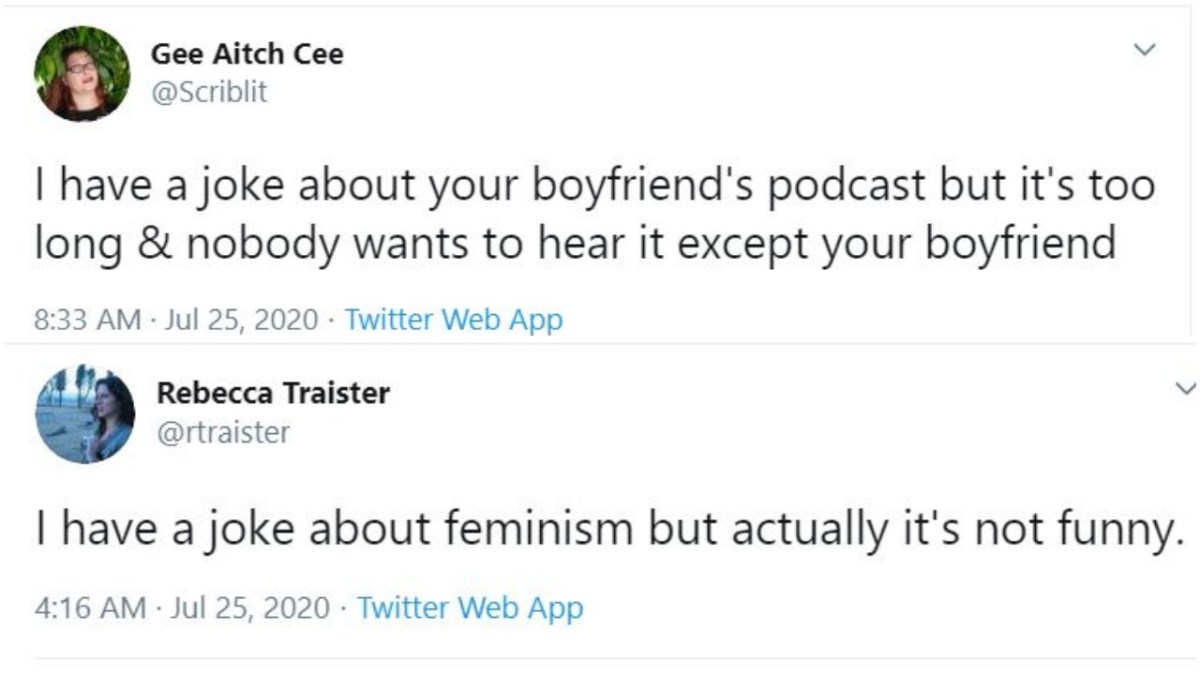 Remember those halcyon days when we would scroll Twitter for a good time? Once a home of memes, jokes, and gossip, Twitter used to be fun. Remember fun? Remember laughter? Now, we refresh our news feeds with dread, waiting to see what new horrible headline awaits us in the timeline. That’s not to say that Twitter was a picnic before 2016, but the Trump era has ushered in a seemingly relentless demoralizing news cycle.

So now, when a goofy joke or meme starts trending, it feels strangely quaint. Jokes just hit differently amid a global pandemic and economic collapse. They’ve shifted from something we enjoy to something we need on a primal level. We’ve reached a point now where laughter achieves almost the same catharsis as tears.

Which is all to say that we’ve been entertained and delighted by the “I have a joke…” jokes currently taking over Twitter. The setup is simple: you start with “I have a joke about BLANK but INSERT A TRUTH ABOUT BLANK.” Like all good Twitter joke forms, it is endlessly applicable and adaptable for everyone.

Here are some of our favorite takes on the joke:

I have a joke about unemployment, but I’m not sure it works. https://t.co/o2MZnXY6hi

I have a joke about procrastination that I’ve been meaning to tell for some time now.

I have a joke about what it's like being a woman on the internet but I need a man to explain it to me.

I have a universal health coverage joke but in the U.S. no one gets it.

I have a literary studies joke. It contextualizes political discourse within the histories of the late capitalist imaginary and there’s a bit about Foucault that I will address later in the joke, which problematizes “humor” as a form of social division https://t.co/0tIBlaX8Ve

I have a Charles Manson joke and it kills. https://t.co/uybZPMbkF6

I have a minimalist joke.

I have a joke about masculinity but its too fragile

I have a joke about monopolies but Amazon already told it.

I have a gerrymandering joke, but it may cross some lines. https://t.co/J7SaHFUFFP

I have a Schrodinger's joke that is both funny and not funny.

I have a joke about the president but it wouldn’t win the popular vote.

I have a New Mutants joke but I wont release it. https://t.co/qgK9lAHFZ9

I have a Mitch McConnell joke, but it’s in Russian.

I have a joke about Kevin McCarthy, but it does nothing for his constituents.

Do you have a favorite “I have a joke” joke? Share it in the comments!