Hearing Weinstein Victims Speak About Their Accusation Aftermath, the Patterns of Abuse Are All Too Clear 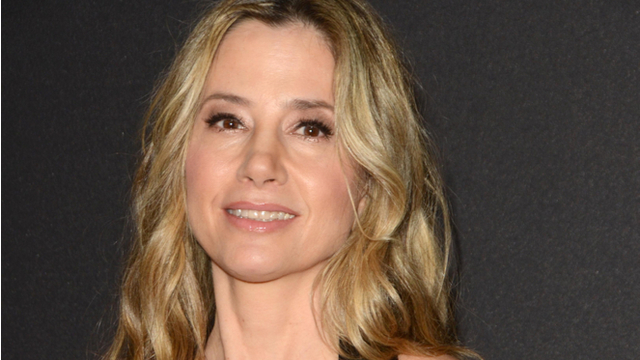 The Hollywood Reporter has published the accounts of nine women who have previously shared their stories of harassment and abuse at the hands of Harvey Weinstein, sharing what they experienced after coming forward publicly. Some spoke of the trauma; most spoke of the strength they’ve gained. But in reading this many stories one after another, it’s striking how clear some emerging patterns are.

While the abuse mentioned here is (mostly) focused on one man, it’s representative of a much larger array of experiences, and there are two elements that come up in nearly every woman’s account, which will likely be familiar to anyone who has experienced this sort of harassment or assault. They are not accidents; they’re not coincidences. They’re tools that abusers use to gain power over women and to shame them into silence: isolation and normalization.

What we’ve heard from victims of Harvey Weinstein and other Hollywood abusers is something that will no doubt resonate with many survivors. When someone asks why these women didn’t speak out sooner, we’re hearing, time and again, that they were surprised upon learning that these things were happening to other people. When women feel alone in their experiences, it’s hard to speak out. Abusers know that, and they rely on that shame—that sense of isolation. Look at just a few of these quotes given to THR individually.

In late October, the week that the Ronan Farrow piece came out in The New Yorker, five people reached out to me, three of them in the business, telling me what Harvey had done to them, and these people have not come out. Another friend came out to me about having been abused as a child. None of us knew that this had happened to so many of us.

So many people who knew my story with Harvey sent me the [NYT] article. The stories started coming, and you realize you’re not the only one, and you start accepting that you’ve actually been victimized. I don’t like being a victim, or the idea of people thinking of me as weak. But to be a victim doesn’t mean you’re weak, it means that somebody did something bad to you. I had to come to grips with that.

It’s strangely comforting to know that other women had very similar experiences — everything down to the end where he would still try at the very last moment when you’re at the door, saying goodbye, holding the door kind of closed and he’d be just making one last attempt, you know? Everything down to that. The robe, the massages. It just validates that it was real.

When this story broke, it was the first time I realized I wasn’t alone. I spent nine years not talking about it because I was afraid. […] This moment is wonderful because it shows a group of really strong women who have been through terrible things and that together we have strength.

Since the #MeToo movement broke through in its explosive current form, a lot of women have been realizing that there have been experiences in their lives that, while they may not have been fully categorized as harassment or assault, were definitely inappropriate. For many women, these micro-aggressions are so frequent that they become the norm. They’re the background to daily life, to relationships—romantic and otherwise—and to their careers. And there are a lot of predators out there who know this, who know there is a line but know that it’s fuzzy and that women don’t want to alienate colleagues or acquaintances, that we don’t want to “make a scene.” These men (they are usually men) know how to push that line in a way that guarantees their victim will always wonder if they are imagining things or overreacting.

While sexual harassment and abuse happen in every industry, we’re also hearing stories about how the entertainment industry lends itself to exceptionally blurred lines between the personal and the professional, and an actor’s body existing as an actual part of their job and as something to be exploited.

When you have a terrible interaction with a man and it doesn’t become violent, you feel like you’ve gotten off easy, and that’s crazy.  And I have talked to a lot of the other women and they felt the same way.

Tell me one person who has the power to hire who doesn’t get a feeling about a person, a good feeling, and then hire them because of that. You can’t legislate against feelings. It’s very accepted in our business that chemistry with a person is how you get a job. It’s like, work your magic, do your thing. ‘She gives good meeting’ is one of the things they say.

My first job out of college was at Fox News. I thought it was normal, to feel like you had to be attractive to men to get ahead. Before I went on-air in a local market, I was a producer for eight years. I’d see it all from the production side: Female talent would show up for work and boss Roger Ailes would call down to the control room and say her skirt was too long, she’s not wearing high heels, tell her to change: ‘I don’t want to see flats ever again.’ I would think, ‘It’s television — there’s an aesthetic to worry about.’ What’s not normal is when Roger made you, as on-air talent, twirl for him, to see how you look from behind. He’d be lying on his office couch, feet up. I remember he had me sit on his lap. He didn’t think I was projecting my voice properly and wanted to feel my diaphragm. I knew this was not OK. But all the women there who wanted a career walked this fine line with Roger.”

In my case, I had two very professional meetings before I had the one that was not. Here he was, this powerful producer telling me, ‘Oh you sing, you dance, you act, great. We’ve got eight films a year and we want a pool of talent that we can call on.’ It seemed like an old studio model. I’m like OK, that’s cool.  And he literally took a stack of scripts and threw them in front of me from a duffle bag and was like, ‘There you go. I want you to read for this, for this, and we’ll set it all up.’ He built a certain level of trust. And you go in warmed to that next meeting and then it was like, ‘Wait, what did you just say to me?’ You feel kind of paralyzed, shocked, it’s traumatic.

You can read the full accounts of the experiences of these women and more at The Hollywood Reporter. These stories are important because for far too long, sexual predators have relied on their victims feeling isolated, and wondering whether their experiences were blown out of proportion, or if they did something to bring on or ‘ask for” what happened to them. With every new voice added to this chorus, serial sexual predators have to see their manipulative tricks being outed. The message is being made clearer and stronger every day: No one is alone in this, and no one is responsible for their own abuse.