This Weeping Angels Shirt Will Allow You To Scare Passersby, Possible Flash Them As Well 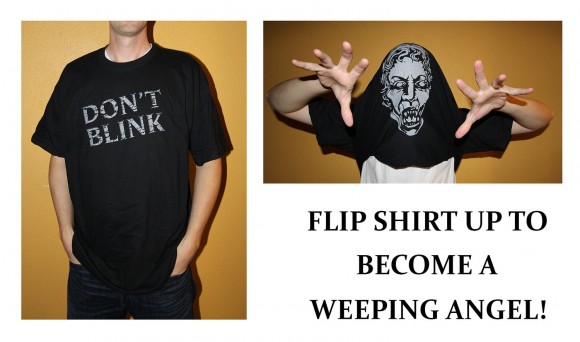 No, it’s not very practical, but for those times you really want to sneak up behind your friend and scare the crap out of them, this Weeping Angel t-shirt from Etsy user Paramount Pacific is just the ticket! Just make sure you’re wearing another shirt underneath or your pals might never look at Weeping Angels the same way again. And we all know you MUST look at Weeping Angels. Or else SAD CRYING TIMES.