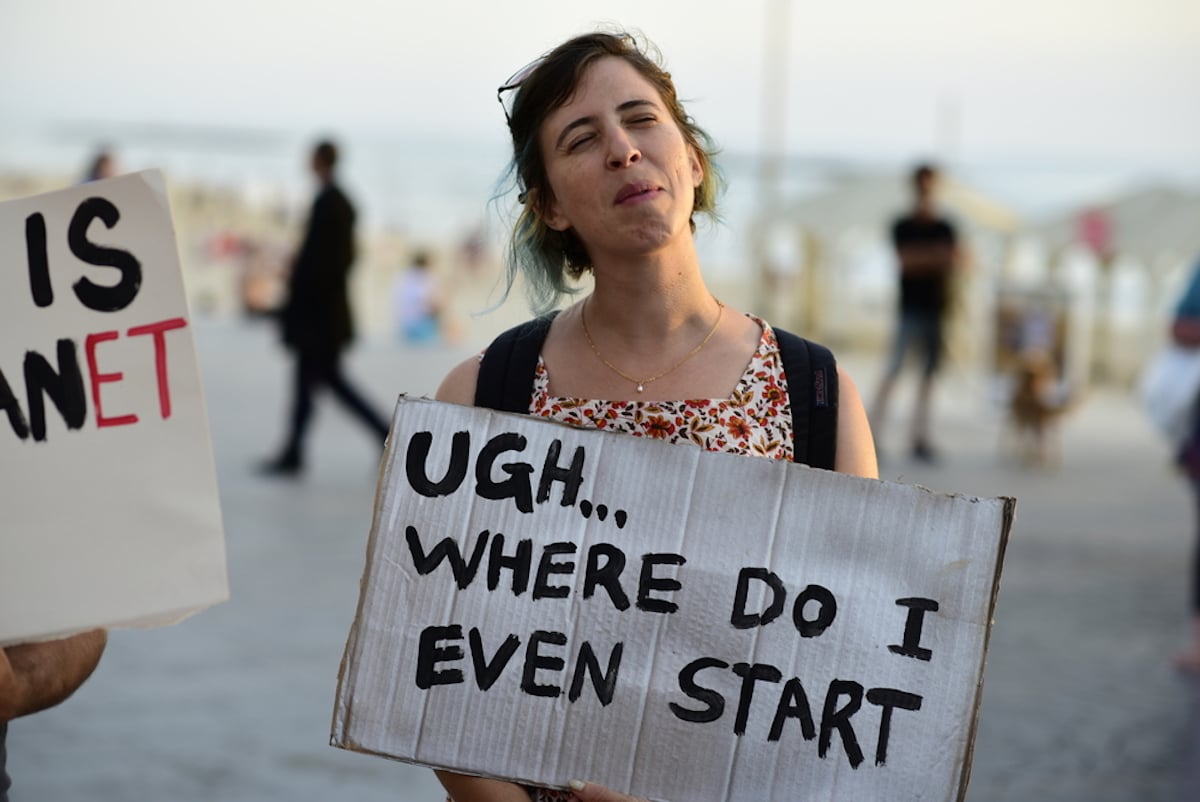 There’s a lot to unpack this week, from a federal ruling on the contraceptive mandate in Massachusetts to a new law requiring doctors to peddle inaccurate, dangerous information about abortion in Idaho. But so much of this week’s news, as usual, goes back to the reality that the bulk of the conversation around reproductive rights is made up of blatant lies, often because of who’s in control of said conversation. Nowhere is this more clearly demonstrated than a Supreme Court case that will have its first hearing this upcoming Tuesday, and not to be dramatic, but it’s pretty make-or-break.

SCOTUS will be considering a suit against a California law that requires “crisis pregnancy centers” to clearly identify themselves as non-health care providing facilities. The law was pushed for by abortion rights advocates because of the prevalence of CPCs taking advantage of low-income, uninsured women with unwanted pregnancies, and spreading false information about pregnancy and abortion to prevent women from having the procedure.

CPCs have been known to lie that abortion causes breast cancer, infertility, PTSD, and other awful side effects, or also lie about fetal pain and the purported dangers of the procedure. In states that, unlike California, have restrictions, such as mandated waiting periods, ultrasounds, and few abortion providers, CPCs can cost women money if they miss work to travel to have an ultrasound or have the procedure, but are inadvertently sucked into facilities that falsely present themselves as health care providers.

If the law is upheld, this could equate to crucial progress in protecting women from being deceived and denied informed decision making over their bodies; if struck down, CPCs will have unfettered access to vulnerable women across the country.

Lies and deceit have always been the ultimate weapon for abortion opponents, and that’s true whether they set up CPCs in their communities or work in their state legislatures to pass bills under false narratives about abortion and reproductive health.

After passing Iowa’s Senate last year, a bill to ban abortion after a fetal heartbeat could be detected moved forward from the state House Human Resources Committee on Thursday. The bill will move forward to the full House, and if passed, will go back to the Senate. In 2016, Ohio’s state lawmakers passed a similar bill that Gov. Kasich declined to sign. Even if such a bill were to be signed into law, it would almost certainly face immediate challenges in court.

But nonetheless, the stark cruelty of such a ban should never be dismissed, no matter how many states try to pass such bans. At this stage, many women still aren’t aware they’re pregnant. Others may not be able to access the procedure on time. It’s a classic case of ignoring women’s human rights in favor of the imagined humanity of fetuses.

To get a taste of the willful disregard for facts and reality that underlie support for the bill, get a load of why this lawmaker told the Des-Moines Register she supports it: “It’s an oxymoron. Who is an abortion safe for? It’s not safe for the baby, because they’re all killed. It’s not safe for the woman. Some are killed and the rest are wounded,” Republican state Rep. Sandy Salmon said.

Arizona bill to report why women have abortions is scaled back, but still terrible

On Wednesday, after passing Arizona’s state Senate, a bill that would require doctors to report why women had abortions and any “side effects” of the procedure to the state was amended to remove this controversial requirement. Opponents of the bill pointed out how it functioned to do nothing but inconvenience abortion providers and shame and invade the privacy of women. But now, even without the aforementioned requirement, the bill is still restrictive and dangerous as it requires “informed consent”—or, in other words, requiring doctors to offer women information about health risks and “alternatives” to abortion, with the intent of scaring women out of the procedure by playing up risks that are minimal in reality.

Abortion is the only legal medical procedure in this country that comes with this many unnecessary loopholes, demands and burdens that all send one clear message: that women should be ashamed for making this bodily decision. Just because Arizona’s SB 1394 is now slightly less extreme doesn’t mean it isn’t still extreme.

On Wednesday, a federal judge issued an injunction on an Ohio law banning abortion for fetuses with down syndrome, which would’ve taken effect next week. The injunction will stop the law from taking effect at least until the conclusion of the case.

According to the judge who wrote the opinion, the law, signed by Gov. Kasich in December, violates the Supreme Court’s Roe v. Wade decision, which ruled states can’t prevent women from deciding to end a pregnancy prior to fetal viability.

The dialogue around abortion and down syndrome is by no means a simple one, but its complicated nature and the different circumstances faced by each family make it even more crucial that families have full freedom to make the decision that’s best for them with their doctors. Three states have passed similar laws, but none have taken effect; Indiana and Louisiana’s versions of the law are also being challenged in court.

The only thing more certain than the sun rising in the morning is politicians battling it out over whether taxpayer dollars should go to helping low-income women afford abortion. Of course, this is the case for literally every other legal medical service out there, and the people whose consciences are offended by the removal of fetal tissue are more often than not the same people who support funding for wars in which born, living people are killed.

But anyway, this week, amid bipartisan efforts to bring stability to an Affordable Care Act that’s endured blow after blow by Republican lawmakers, Republicans and Democrats began fighting over whether the Hyde amendment—which bars federal funds from being used for abortion—should affect new funds used to lower ACA premiums. While Republicans argue that existing laws should be applied to all government funds, Democratic lawmakers are pushing back, citing how this would expand Hyde and sweepingly prevent the government from giving money to any insurance plans offering abortion coverage. House Minority Leader Nancy Pelosi’s office has been vocal in opposing the application of Hyde to this funding.

Congress has a March 23 deadline to pass the bill, meaning as of about one week from now, arguably the most indecisive governing body in the world will have to make a decision about one of the most controversial women’s rights issues in this country. And while the concept of poor women—and disproportionately women of color—having equal access to a legal health service that is their human right really shouldn’t be controversial in 2018, it still is, even among Democrats. Former vice presidential nominee Tim Kaine has formerly been ambiguous about his stance on Hyde, and former Vice President Joe Biden regularly supported it while in the Senate.

On Monday, the Idaho House voted for a bill that would require the state’s health department to tell women seeking abortions about “abortion reversal” methods, which have been widely discredited by experts. “Abortion reversal” can supposedly take place after a woman takes the first of two pills in the medication abortion process, but instead of taking the next pills, she takes large doses of progesterone.

The thing about abortion reversal is that after taking the first pill, if the second pill isn’t taken 24 and 48 hours after the first pill, there’s a 50-50 chance the pregnancy will continue regardless of progesterone intake; if anything, large doses of progesterone come with their own health risks. The only reason the concept of an “abortion reversal” method has become so dominant in the anti-choice movement is the perception of abortion as so shameful that it inherently comes with regret. Forcing health care providers to tell women about this option isn’t about health care—it’s about reinforcing stigma.

The bill has already passed the state Senate and now moves on to the governor’s desk.

On Tuesday, a federal judge threw out a suit by Massachusetts that challenged President Trump’s rollback on the ACA’s contraceptive mandate, on the grounds that the state lacked standing due to its existing laws that require contraception coverage regardless of federal policy changes. In other words, this isn’t exactly bad news for women in Massachusetts, but as challenges to the rollback have been met with success in states like California and Pennsylvania, the decision is still being recognized by anti-choice groups as a victory.

It’s unclear at this point how many women may lose access to birth control from the Trump administration’s decision, but it’s certainly clear that, when the contraceptive mandate was the law of the land, and affordable access to birth control wasn’t contingent on which state you lived in, women were healthier and better off. The mandate saved women $1.4 billion every year, and gave 55 million women access to cost-free birth control. Considering birth control isn’t anywhere near as cheap as conservatives claim, and many more long-term, reliable forms are inaccessible to low-income women, the repeal of the mandate could cost many women access.

That’s very short-sighted for the anti-choice crowd, as a rise in unintended pregnancy, resulting from reduced access to birth control, also means a rise in abortion, no matter how many anti-choice laws are passed.