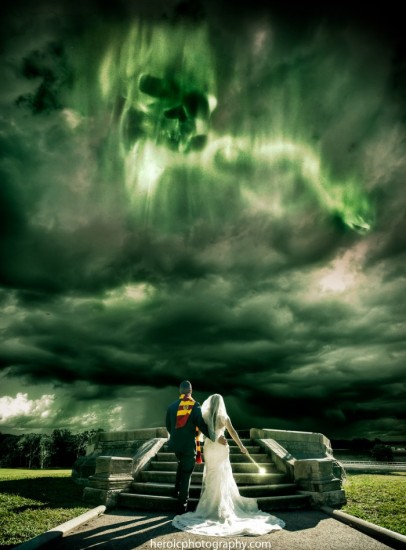 Heroic Photography sounds like the makings of a really nerdy photoshoot, however, Marissa and Kyle’s nuptials didn’t go full-on geek. They are really big Harry Potter fans though, and Heroic Photography posted on reddit a special image they included with the newlyweds’ package.