Carrey as Biden has been a gigantic swing and a miss for Saturday Night Live. 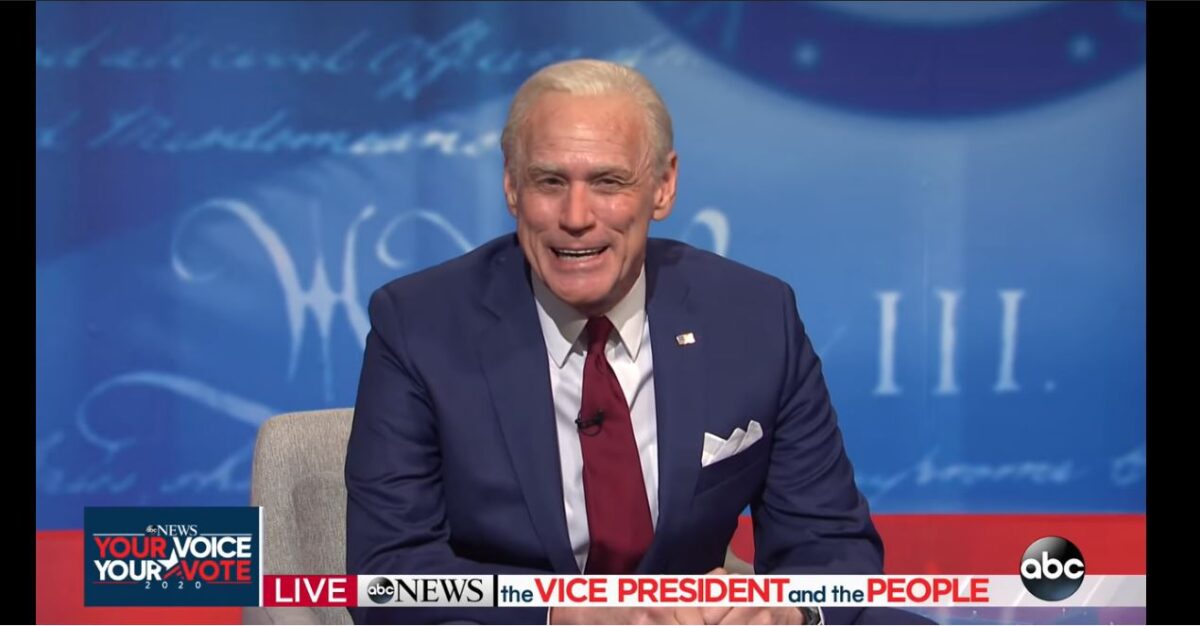 Saturday Night Live has been on television for 46 seasons, and from the very beginning the show has routinely spoofed politics and presidential elections. From Chevy Chase’s bumbling Gerald Ford to Darrell Hammond’s randy Bill Clinton to Tina Fey’s unqualified Sarah Palin, many cast members have made names for themselves by crafting on-point impressions. All you have to say is “strategery”, and you can instantly visualize Will Ferrell’s inept, bumbling George W. Bush.

But in recent years, SNL has ceded presidential impressions to A-list actors, like Alec Baldwin’s low energy and very orange Donald Trump. And after Woody Harrelson and John Mulaney trotted out their Biden impressions last year, Jim Carrey has joined this season to offer his zany, energetic take on Joe Biden. The announcement was met with excitement; Carrey is, after all, an iconic figure in comedy.

But after the first three episodes of season 46, it brings me no pleasure to note that Jim Carrey’s Joe Biden just plain doesn’t work. While the SNL make-up team have done an admirable job with Carrey’s transformation, Carrey himself never manages to capture the essence of Biden. He is too high energy, always mugging and pointing finger guns, to capture any of Biden’s gravitas.

Last night’s episode spoofed the two presidential debates, where Carrey’s Biden comes out in full force, but then takes a turn for the soporific, appearing as both Mr. Rogers and Bob Ross. Great impressions should be a distillation of character traits, but there is nothing authentically Biden in Carrey’s disconnected performance. If anything, Carrey’s frantic mugging is more Ace Ventura or Fire Marshall Bill than it is Biden.

And worst of all, it’s not funny. SNL has struggled to find satire in the already cartoonish Trump administration, but has played it safe with their political material. There have been solid sketches and some incisive Weekend Update moments, but in one of the most politically tumultuous eras in recent memory, SNL has dropped the ball hard.

And it’s not like there isn’t funny material to mine in Joe Biden. Jason Sudeikis spent much of the Obama administration delivering a goofy take on the vice president that played on many aspects of Biden’s personality: his working class Scranton roots, his long-winded stories, and his politically incorrect fumbles.

And the impression worked, highlighting the dichotomy of Obama’s reasoned and mature delivery with Biden’s cowboy-ish antics. But Carrey’s Biden is hamstrung by a bothsidesism that has twisted the mainstream media’s coverage of the election. It’s a narrative that has boiled down to “Trump and cronies have killed over 210k people and they are wildly corrupt and inept, but look, Biden’s old too!” that simply doesn’t match the current political moment.

Will SNL shift gears and swap Carrey out for Sudeikis or someone else? It’s unlikely, given Carrey’s star power and the fact that we’re only 2 weeks out from the election. And it’s a shame, because political satire has often been what SNL does best. Perhaps they’re just as exhausted and burnt out by the relentless news cycle of 2020 as we are. Whelp, at least we still have Maya Rudolph as Kamala Harris.