We Need More STIs on Our Sex Shows 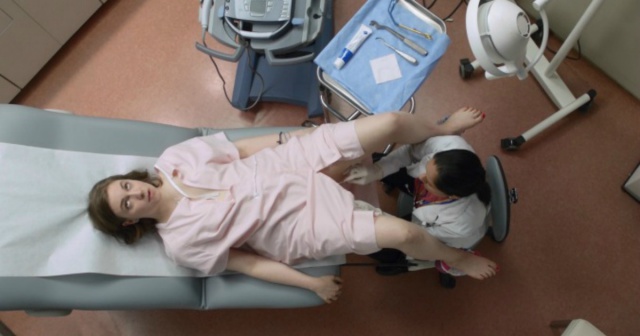 During the second season of the hit HBO television show Insecure, there was a big discussion about condoms being depicted on-screen. Mainly, that they aren’t really. In the second season, the main character Issa, played by the talented Issa Rae, has just recently gone through a breakup and decides she is going to have a “ho phase” and a “ho-tation.” Which, you know, good for her. Turn up. The controversy came when viewers noticed that it seemed as though Issa’s partners were just “sliding into her DMs” with no pause for a glove.

Showrunner Prentice Penny spoke to Buzzfeed about this issue and said, “We’re not a documentary; we’re not a public service; we’re not a nonprofit. We’re a scripted television show, and so our thing is always about how do we tell the best story?” Penny went on to describe that they place condoms around the set in order to create that illusion, but as a fan of the show, I can say that when I watched Issa sleep with “Neighbour Bae,” there was no pause that indicated he could have wrapped up anything. However, Penny did not begrudge the fact the conversation was happening. “To me, this Twitter debate is kind of perfect for our show because we have so many discussions on our show that are uncomfortable.”

However, what I realized watching the show is that while we are often talking about depictions safe sex in the media, the reality is that we do not have shows that tackle the reality that people already have STIs and they still have sex.

According to the Centers for Disease Control and Prevention, “In 2016, Americans were infected with more than 2 million new cases of gonorrhea, syphilis, and chlamydia, the highest number of these sexually transmitted diseases ever reported.” Just today, multiple news outlets are reporting about the rise of throat-related cancers in men, with an estimated 1 in 9 men having oral HPV. Most people who have sex and have had more than four sexual partners will get some form HPV. Nevermind that no matter how much shows and movies may turn it into a punchline, herpes is the second most common sexually transmitted infection in the United States. So why aren’t we talking about it?

Listen to anyone who is living with an STI, and they will tell you that the hardest part of having it is the stigma. Kelly Gluckman, who spoke with Bustle earlier this year about the need for more comprehensive sex-education, said that when she found out she contracted HIV, she assumed that it was a death sentence. “All I knew at that point was ‘You get HIV, you get AIDS, and you die.’ So, I was reading these papers and wondering when I would die.” Fortunately, in 2017, HIV is no longer the death sentence it was in the ’80s. Medicine is available and while it needs to be taken every day, it makes the condition chronic, but manageable and greatly reduces the risk of infection to other partners. Yet, the most stressful part for Gluckman is the stigma: “Other people’s misconceptions are more burdensome than the virus itself.”

A similar sentiment was shared by Ella Dawson in her excellent TEDx Talk about Herpes and STIs in general.

What Dawson makes very clear is the unfair taint we put on people who get STIs from their partner. That we assume they are dirty or irresponsible and that this is some type of “punishment” for having sex. STIs are not a punishment; they are inevitable if you have a lot of partners—or if your partner has had a lot of partners—and that’s no one’s fault. Despite what people have told you, there is no certain type of person who gets STIs. It can happen to anyone.

Not to mention many are asymptomatic, and you don’t know you have most of them unless you get tested. I say “most” of them because there is no test for HPV for men, and you don’t usually know you have it unless you get a wart (low-risk/non-cancer causing HPV) or if a woman gets a pap smear and there are abnormalities. As for Herpes, well, guess what: most places don’t test you for herpes unless you ask, because it does not have the same long-term negative side-effects as untreated gonorrhea, syphilis, and chlamydia.

A consequence of us being unable to deal with that reality in a non-shaming way is part of why people are (a) reluctant to get tested and (b) simply do not talk about it.

That’s where the media comes into play.

I have a very vivid memory of watching the UPN show Girlfriends as a pre-teen, and an episode came on where Joan (played by black-ish‘s Tracee Ellis Ross) found out that her college friend, Reesie, contracted AIDS from someone they both dated. There is a scene where Reesie cuts her finger with a kitchen knife and everyone jumps away from her like a pariah, they throw away the kitchen knife even though the virus dies as soon as it touches the air. The look of sadness on Reesie’s face of being isolated by her friends was something I always have remembered, and I remember learning not to be afraid of people with HIV. I went to a Catholic School as a child, so I can tell you that if I hadn’t learned it from that show, I might not have learned it period.

While most shows relegate STI exposure to an “after-school special” of trauma or an episode-centric issue that will never be brought up again, the truth is that if we have shows that want to revel in the freedom of sex, then they have to learn to deal with STIs in a better way. Some have already got the ball rolling: Miranda dealt with it for one episode on Sex in the City, Illana got the last batch of her HPV vaccine on Broad City, at least Hannah knew about her HPV status on Girls, even if it never really came up again, and Oliver on How to Get Away with Murder has taught us more about prep than most sex-ed classes.

This is important because, as much as we want to think “it’ll never happen to me,” shit happens. Condoms break, sometimes you can get infected even with a condom, and sometimes you get caught up in the moment and you don’t use a condom. Sexually transmitted diseases aren’t going anywhere, and we are not going to stop having sex, so we have to figure out a way to the conversation without shaming people who get sick.