We Have a Title For Ep 1 of Westworld S2…But What Does It All MEAN?! 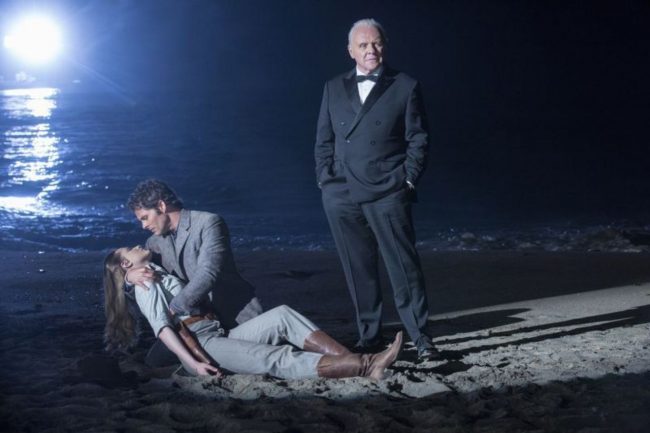 I love how Jonathan Nolan loves to dangle things in front of fans on Reddit.

Westworld won’t be returning to HBO until sometime in 2018, and fans are going to be speculating hardcore for every second of that time. In a fan thread on Reddit, redditors were discussing the maze imagery on the show, and one fan asked the rest to stop posting random images of mazes, because “Just because you see a maze doesn’t mean it’s quality Westworld related content.” 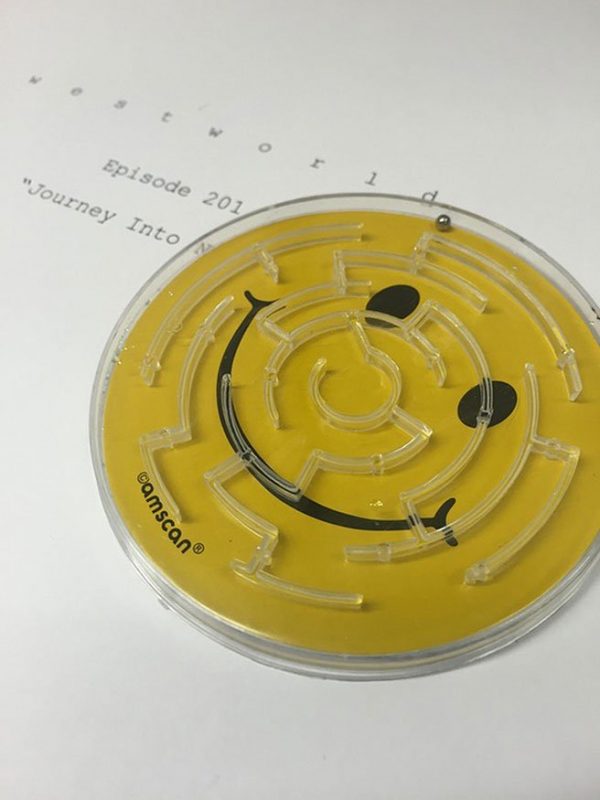 AAAAAAAACCCCCCCKKKKK! OMG, THE TITLE PAGE OF S2, EP 2 HOLY CRAP.  OK, now that we’re done squeeing over this awesome new tidbit of S2 information, let’s try and figure it out, shall we?

The title reads “Journey Into N–,” with the last word covered over by the happy-face maze. Now, if you recall, Dr. Ford’s new narrative for Westworld was called “Journey Into Night,” so there’s a strong chance that this episode, which would follow the beginning of the host rebellion that ended Season 1, is titled for that rebellion and all the hell this first episode of the season will inevitably unleash!

How exactly will this rebellion, this story, go? Here’s where I want to go into this potential title to suss out more meaning. It could come from the Eugene O’Neill play, Long Day’s Journey Into Night, in which a family self-destructs as their secrets come out. Does that mean that, once the hosts have liberated themselves and are left on their own, that any progress they’ve made will backslide, because they can’t come together as a “family?”

There’s also a novel by Celine called Journey to the End of the Night, from which the title of the episode and Ford’s narrative could draw inspiration. Forbes, in their write-up of the S1 finale, began the piece with a quote from this book: “I cannot refrain from doubting that there exist any genuine realizations of our deepest character except war and illness, those two infinities of nightmare.”

Will the liberated, “awakened” hosts end up being more of the same, rather than being worthy of the hope that Arnold and Ford had for them? Will they prove themselves to be inherently shitty?

But what if we’re getting the title  wrong in the first place? What if this episode is called “Journey Into Nachos,” or “Journey Into Novocaine?” What if S2 is all about Dolores realizing she really loves queso on her tortilla chips? Or Teddy realizing that he really wants to be a dentist. I mean, I DON’T KNOW. THIS SHOW IS WEIRD.

What are you imagining for Season 2 of Westworld?