Watchmen Continues to Upend Comic History in the Best Way 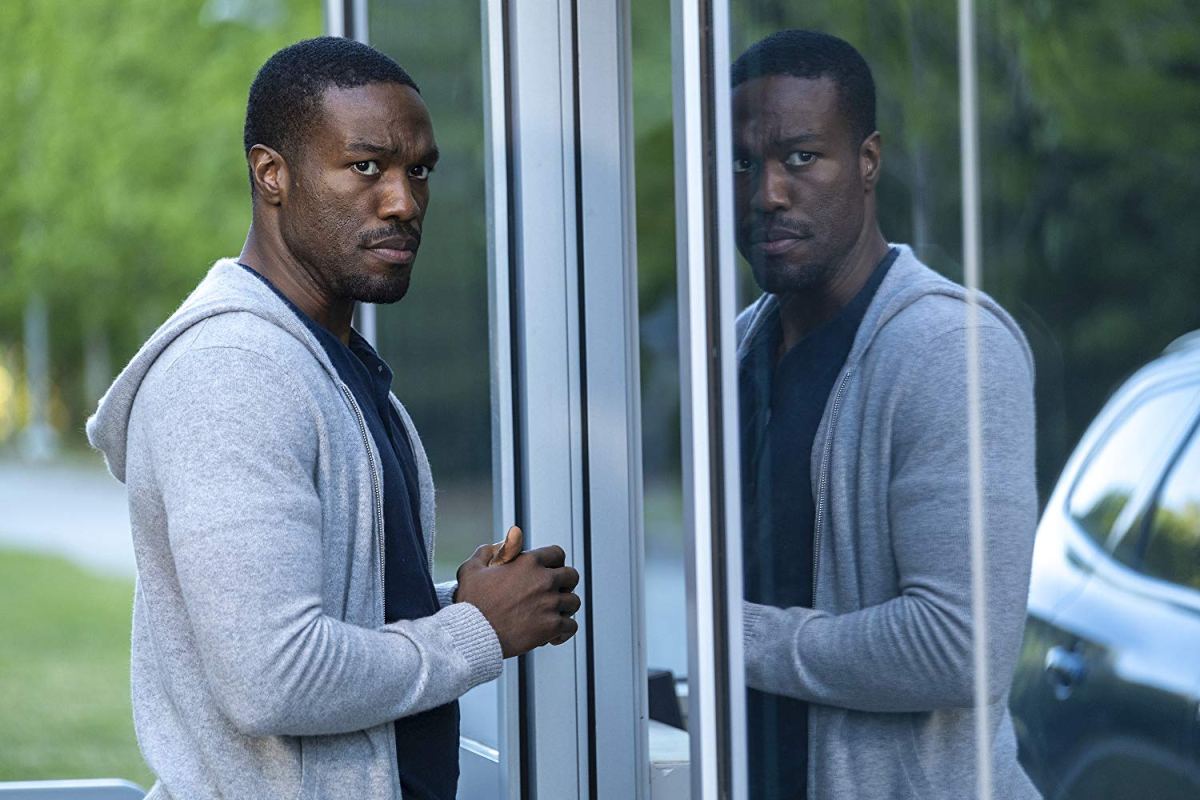 **Spoiler Warning: This post contains big spoilers for all of HBO’s Watchmen up through episode seven, “An Almost Religous Awe.”**

It’s impossible to not spend a few moments in any episode of Watchmen whispering “oh my god, what?” to yourself, but the latest episode might have had you actually yelling (or all caps tweeting) at the latest twist. Not only did Dr. Manhattan finally join the chaos, but he’s also been in Tulsa all along, married to Angela as sweet, mysterious Cal Abar (Yahya Abdul-Mateen II).

This was an amazing twist on so many levels. For one, it’s not out of the blue (pun intended). The clues were there from early one in the series that there was something up with Cal. We saw him laugh about Dr. Manhattan looking like a human, his incredibly cold explanation of death to his and Angela’s adopted children, and then there was Laurie Blake’s fascination with him and Angela’s utter contempt for Laurie herself.

In hindsight now, it all makes sense, all the way back to the episode one love scene between Cal and Angela, where we see Cal nude in the blue-tinged darkness, a very Dr. Manhattan look if ever there was one. Oh, and of course there was THIS clue.

So this means that we’ve all been accidentally typing Akbar for months because the creators of this show were committed to an amazing pun? Perfection.

But, on a deeper level, the twist that Dr. Manhattan has been living on earth for years as a black man is another example of how Watchmen is dealing with race head-on and rewriting, or at least filling in the blanks of, comic history to do it. As Alan Moore and David Gibbons centered their narrative around the Regan era and nuclear anxiety, Damon Lindeloff has made a show directly confronting the Trump era and the racial tensions inherent in it by centering iconic narratives around men and women of color.

From the very beginning, Watchmen reimagined and expanded on the graphic novel, which focused on a team of white, mostly male, heroes and subverted that by centering the narrative on Angela, a black woman raised in Vietnam. The entire show is about white supremacy and how it is the original sin and enduring evil of America. Dropping a squid on New York may have stopped the Cold War, but it didn’t solve much else.

In Watchmen, the series, we see that white supremacy wasn’t solved by masked vigilantes – even when one of the first vigilantes is revealed to be a black man. The reveal that the enigmatic Hooded Justice, never unmasked in the comics, was a queer black man was a revelation in so many ways. It recentered the idea of vigilantism on race and the plight of a black man trying to fight for justice in a racist, rigged system and reinforced that the legacy of so many Americans, and America, is a legacy of racial trauma.

Seeing how the masked heroes began with a black man brings a new layer of irony and tragedy to both the Watchmen comic and the present show in how vigilantism was adopted and distorted by supremacists. It’s extremely fitting that the Seventh Kalvary has literally taken on the identity and mask of the original narrator of Watchmen, Rorschach, a character whose distorted world view could be seen as very much in the same vein of white supremacy.

The final flourish though is that Dr. Manhattan, the most powerful character in the Watchmen universe, and without a doubt, the most iconic, has now also been recast as a black man.  Or, at least, he chose to live for a period as a black man. This story has echoes of the Martian Manhunter, (remember, Doc M was supposedly hanging out on Mars), who also chose to live as a black man. But in the context of Watchmen, this is even more meaningful because this is a show about race in America.

The fact that Dr. Manhattan became a man of color while the white supremacists are planning to become him is as clear a statement as possible about how racism and white supremacy are linked to the power structures of America, how the only way to deconstruct and improve those structures is to reimagine them and rebuild them from a new perspective. It’s a statement that white supremacy grows within any privileged power structure like the cancers that Dr. Manhattan was falsely rumored to cause. The show has planted its flag as one of the most topical and transformational things on television, and it has a lot to say.

This all has the bonus, of course, of pissing off a lot of racist fanboys who have been bombing the ratings for the show on Rotten Tomatoes, where it has only 46% fresh audience rating in contrast to the 96% fresh rating from critics. I hope that eventually, these fools can stop whining about a great show being to “woke” and instead think about and learn from the important things it is about. But in the meantime, their tears are my consolation.

Before I go, I want to give a shoutout to some wonderful black critics whose writing on Watchmen is incredibly good and important: Soraya Nadia McDonald over at The Undefeated, and Joelle Monique on The AV Club. Next week, it looks like we’ll be learning the backstory of how Dr. Manhattan ended up Angela’s husband, as the clock ticks closer to midnight and the Seventh Kalvary’s plan to make their racist leader a god. I cannot wait to watch.

Watchmen airs Sundays at 9:00 on HBO.