The experts have spoken 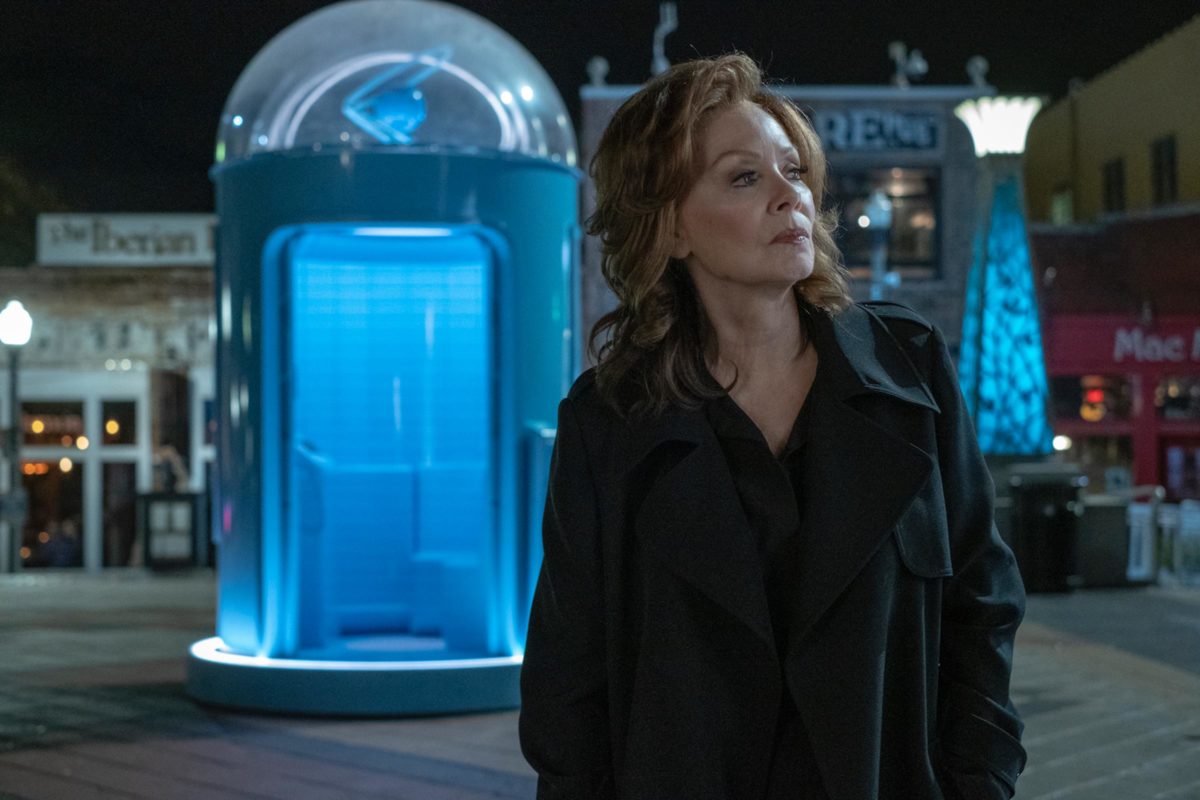 There’s a lot to talk about in HBO’s new Watchmen—and believe us, we will be talking about it—but there was one thing that got everyone chattering in last Sunday’s episode “She Was Killed By Space Junk,” and that was Laurie Blake’s Giant Dr. Manhattan dildo. The former Silk Spectre was introduced in the episode as an FBI agent devoted to enforcing the Watchmen world’s ban against masked vigilantes. It’s a big turn around from her old life as one of the titular Watchmen of the comic, but she’s still holding on to parts of her old life in the form of a truly unique sex toy.

#Watchmen is equally great if you pretend it’s the definitive next chapter in Designing Women. pic.twitter.com/pHUefPTMyK

As a character moment, this is great. Laurie literally carries the baggage of her old relationship with her wherever she goes. The actual case for the thing is unwieldy and impenetrable, like her past as a superhero, but inside it reveals that she’s still hung up on the man she loved (and left) in the comics. In EW, actress Jean Smart considered the reveal of the toy as “just kind of pathetic.” Smart noted however that it reveals Laurie as a profoundly lonely person, much like her extended phone call to Dr. Manhattan that frames the episode.

While carrying around a sex replica of her ex isn’t necessarily healthy—not that anyone on this show is the picture of mental health—the fact that the show is showing a woman of Laurie’s age to even be sexual is pretty amazing. We actually see her decide not to use the toy and instead hook up with her much younger co-worker instead, before going off to call Mars. But as an actual sex toy? The thing isn’t great.

Over on Mashable, several sex toy engineers and designers were consulted about how they think Big Blue actually might function and the reviews aren’t good. For one—t’s way too big and the texture is all wrong. In terms of size, Liz Klinger of Lioness noted, “Based on some of the user testing we did early on, we found that there were folks looking for a smaller sized, penetrative toy because there aren’t that many available in the market.”

I myself was pretty baffled by the toy. Were those detachable testicles a battery pack so it could function as a vibe? Was the metallic texture just aesthetic? Not to get too, uh, blue here, but toys that size and texture aren’t usually for vaginas or solo play and, as was noted by Klinger in Mashable. There was no lube in site, which would be essential for using something that size.

Even so, it was a very fun moment that said a lot about Laurie. Her introduction was truly fascinating and I love that she’s messy, mean and competent. We’ll have many more thoughts coming up as we watch the Watchmen, but for now. I’ll never see those call Dr. Manhattan booths the same way. And I also have to ask … with all the squid stuff happening, are we going to see a tentacle toy next?