I Thought The Handmaid’s Tale Was Hard to Watch. Then I Got Pregnant. 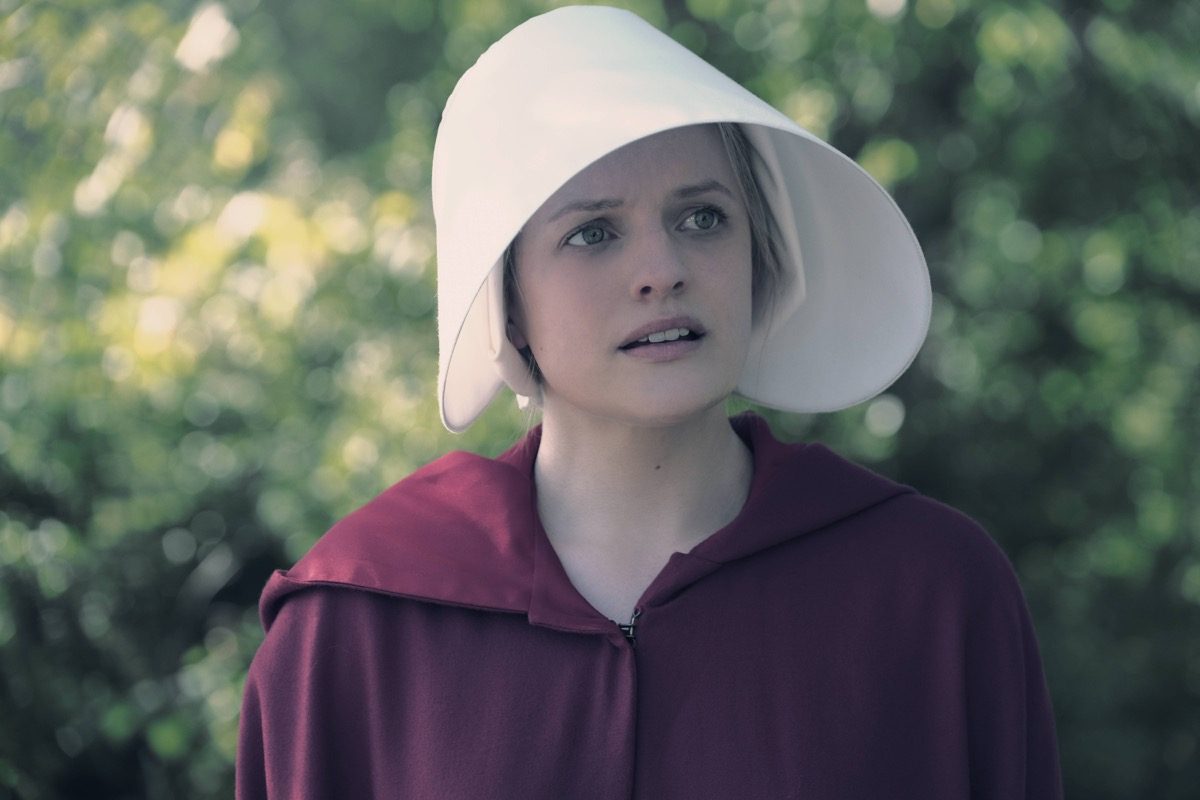 **Minor spoilers for season three of The Handmaid’s Tale***

If you’re a fan of Hulu’s dystopian drama The Handmaid’s Tale, then you already know that this isn’t a series for the faint of heart. The Handmaid’s Tale is a brutal, emotionally devastating watch that can be at times shocking and disturbing. I’ve felt that way since the show’s inception. Now I’m six months pregnant, and my experience with the series is very different.

And by different, I mean worse. Blame it on the hormones and heightened emotions of pregnancy, but screening the first half of this new season has hit me in a way I didn’t think was possible. Pregnancy opens a cavity of vulnerability within you, where even the most mundane actions suddenly have higher stakes than ever before. And a show like The Handmaid’s Tale, that focuses on pregnancy and control over women’s bodies, hits just that much harder.

Not that the show was a breeze to watch before. Being invested in this show requires a surplus of emotional capital that one simply doesn’t need when watching say, RuPaul’s Drag Race or Brooklyn Nine-Nine. If you’re wondering why fans would subject themselves to such an intense television experience, well, it’s simple. The series is really fucking good. Great acting, stunning cinematography, and brilliant writing makes the show one of the most compelling series in an era of peak television.

This is my first pregnancy, and I’ve been struck by the feeling of a loss of control. To be clear, my circumstances are light years away from the women of Gilead: this pregnancy was planned, wanted, and supported by my loving husband. And there is strength that comes with the condition: look at me, I’m building a person! I am a tired hungry goddess of creation! But as my belly grows, I’m ceding territory to this strange new interloper. My actions, my plans, and my sleep have been invaded by this tiny cabbage-sized invader who is increasingly calling the shots on my body.

But I have agency in every other aspect of my life. So it was all the more painful to see the pregnant women of Gilead bound by their own bodies, from forces both external and internal. It’s a pain and a fear compounded by the all-out assault on reproductive rights that is sweeping this country, led by real life Waterfords looking to subjugate women.

Until she isn’t. The Powers That Be of Gilead launch a publicity campaign to get the baby back, and June’s realization that her child is still in danger is devastating. And as I watched her confusion and fury, I realized something. This vulnerability I feel in pregnancy will not disappear when I give birth. I will always worry about my children and their safety. This is hardly a revelation: parents will always worry about their kids. But it’s one thing to know it intellectually. It’s another to feel this source of lifelong anxiety doing laps in your stomach.

Pregnancy is a temporary condition. But the fears, the lack of control, and the higher stakes are forever. A new world of experience is opening up to me, and while I know that there is joy and fulfillment to be found, there are also monsters in the shadows. And as hard as I try to keep my children safe, there is no such thing as complete and absolute security.

I’ve always wondered if my firm belief in reproductive rights would be in any way changed by the experience of having a baby. And it undoubtedly has. It has made me appreciate my hard-won rights and stoked my rage at the people who would force this experience on others. And it has made me all the more ready for June and her sisters to burn Gilead to the fucking ground.